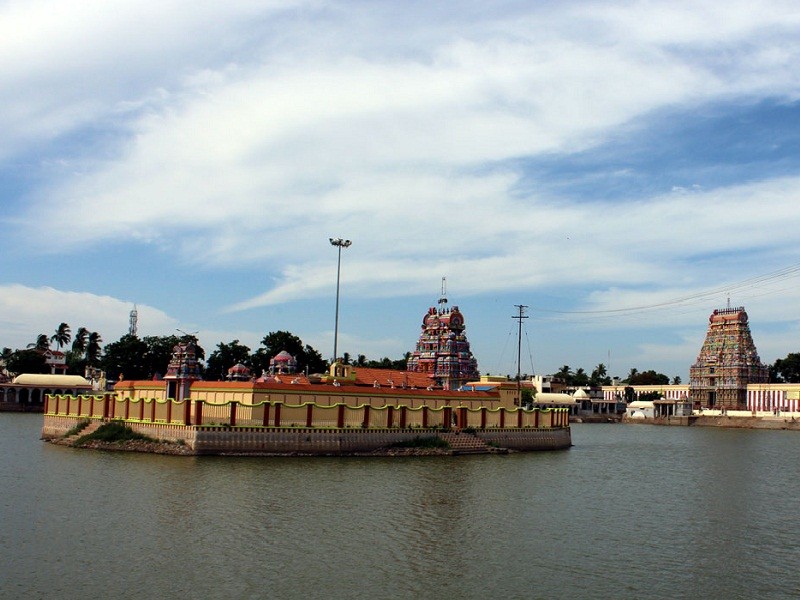 Thiruvarur, sometimes spelled Tiruvarur, is a town and municipality in Tamil Nadu, India. It serves as the administrative centre for the Tiruvarur district and taluk. The district of Thiruvarur is known for its lush paddy fields and towering temples. This town is located in Tamil Nadu’s south-east region. The Arulmighu Shri Thiyagarajar temple in Thiruvarur is unique in many ways. Among Tamil Nadu’s temples, it boasts the biggest chariot or temple vehicle.

Best Places to Visit in Tiruvarur

The Vaduvoor Bird Sanctuary is located in Vaduvoor Lake, which is 25 kilometres from Thanjavur and 30 kilometres from Thiruvarur. The sanctuary, which was established in 1999, draws about 40 species of water birds, including the White Ibis, Painted Stork, Grey Pelican, Pintails, Cormorants, Teals, Herons, Spoonbills, Darters, Coots, Open bill Storks, Pheasant–tailed Jacana, and others. The Sanctuary is a popular stop for migrating birds, with over 20,000 winged guests visiting between the months of November and December. The sanctuary provides modest amenities for travellers to stay overnight and see the birds from the two watch towers.

The Udayamarthandapuram Bird Sanctuary is a protected area in the Indian state of Tamil Nadu’s Thiruvarur District. In December 1999, it was designated as a protected area. It is home to a wide range of birds. Udayamarthandapuram Bird Sanctuary is located at 10°26’59’N 79°27’58’E. The Udayamarthandapuram Bird Sanctuary has an area of around 0.45 square kilometres and is fed by an irrigation tank that gets water from the Mettur Dam as well as the northeast monsoon from August to December. Between the months of April and August, the tank is completely dry. Purple-moorhens and openbill storks can be spotted here in February and March. White-ibis, Indian reef heron, white-necked stork, grey-heron, coot, night heron, purple-heron, small cormorant, spoonbill, and darter are among the other migratory species in the sanctuary.

From September through December, the sanctuary’s bird population swells to roughly 10,000 birds. The months of November and December are great for visiting this refuge.

The primary tourist attraction of Muthupet is the marshy terrain. In a wide 120 square kilometres, this gorgeous place is usually evergreen with mangrove forest trees. The broad length of backwater and the mangrove woods dotting the entire area is a fantastic sight for tourists. Along with the deep-rooted mangrove trees, other types of trees such as Thandal, Thillai, Narikanthal, and Neermulli flourish and contribute to the lagoon’s beauty. This lagoon is home to 73 different types of colourful fish. A motorboat may take tourists to the Thalaimunai Mangrove Forest. It takes around an hour to get there from the Jambavanodai point near Muthupettai.

A 162-meter-long wooden boardwalk has been erected for tourists to experience the mangrove nature. During the monsoon season, November-January, a great number of birds from all over the world migrate here. Eighty different kinds of migrating birds have gathered here after travelling considerable distances. The birds originate in Siberia, Russia, Iran, and Europe. The heron, egret, flamingo, painted stork, pelican, teal, and tern are among the famous bird species. The migration of these birds is a spectacular sight that contributes to the attractiveness of the area.

According to Hindu legend, prominent rishis such as Aghasthiar and Adi Shankara worshipped Guru Bhagawan (Jupiter’s zodiac sign) in Alangudi. Every year during Guru Peyarchi, when the sign from its current position is visible, a large number of devotees attend this temple.

Koothanur is located 21 kilometres from Thiruvarur on the Mayiladuthurai–Thiruvarur route. Koothanur is close to Poonthottam, which is known for the Arulmighu Maha Saraswathy Amman temple. Only in Tamil Nadu is a distinct temple dedicated to Saraswathi, the Goddess of wisdom. In this temple, the famous saint poets Kavichakravarthy Kamban and Ottakkoothan prayed. During the Navarathiri festival, devotees from all across India go to this temple.

Temple of Mannargudi 1 Mannargudi, as the locals say, is nothing more than a mixture of the temple and the temple tank. The Shri Raja Gopalaswamy temple is regarded as the state’s temple king. In honour of its builder, this temple is also known as the Kulothunga Cholan Vinnagaram. The Shri Raja Gopalaswamy temple is well-known for its beautiful deity, sacred sthalam, and holy theertham. Its Rajagopuram (main tower) is 154 feet tall, and there are 16 gopurams or towers, 7 mandapams or halls, 24 sannathi or thresholds, and 18 vimanas inside the temple. This temple has festivals throughout the year.

The village Enkan is located on the Thiruvarur–Thanjavur road, 1 km north of Mukundanur and 3 km south of Kappanamangalam on the Thiruvarur–Kumbakonam route, and is home to the Arulmighu Subramanya Swamy temple. Raja Raja Cholan I established a permanent endowment to cover the costs of daily poojas and festivals. The saint poet Arunagirinathar devoted his famed Thiruppugazh songs to the glories of Lord Subramanya. This temple’s holy sculpture of the presiding deity Lord Arulmighu Arumuga seated on his peacock inside the sanctum sanctorum is a magnificent work of art. Every year, thousands of worshippers go to this temple for the Thaipoosam festival, which takes place in the middle of January.

The Valangaiman Varatharajan Pettai Maha Mariamman temple is located on the Mannargudi road, only 9 kilometres from Kumbakonam. Paadaikavadi Mariamman is the prevalent name for this temple. Festivals are held in this temple during the Tamil months of Avani (August-September) and Panguni (September-October).

The seven hundred year old dargah here has many wonderful qualities and a rich traditional history. This dargah, known as Andavar Shahul Dawood Khamil Oliyullh, was erected in Mahratta style. This hallowed place of devotion is visited by people of all castes, creeds, and religions.

Best Time to Visit in Tiruvarur

Winter, from December to March, is the finest time to visit Thiruvarur.

How to Reach Tiruvarur

Thiruvarur’s nearest international airport is Tiruchirapalli International Airport in Tamil Nadu, which is about a two-and-a-half-hour drive away (110 Km). Through Air India, Spice Jet, and Jet Airways, it is well linked to a variety of locations in India and internationally, including Bangalore, Chennai, Singapore, and Malaysia.

Thiruvarur railway junction is a four way junction connecting Thanjavur in the west, Mayiladuthurai in the north, Nagapattinam in the east and Thiruthuraipoondi in the south.

The Thiruvarur railway junction connects Thanjavur in the west, Mayiladuthurai in the north, Nagapattinam in the east, and Thiruthuraipoondi in the south.