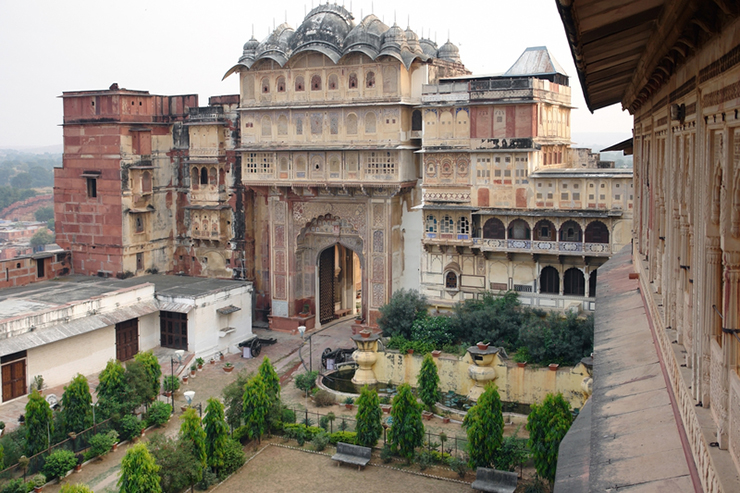 Karauli is a city in the state of Rajasthan in India. The city serves as the administrative seat of the Karauli district and was once the capital of the princely state of Karauli. The Bharatpur Divisional Commissionerate oversees the Karauli District.

Best Places to Visit in Karauli

Kaila Devi Shrine is a Hindu temple 23 kilometres from Karauli and 37 kilometres from Gangapur. It is located in the hills of Trikut, 2 kilometres north-west of Kaila hamlet, on the banks of the Kalisil River, a tributary of the Banas River. The temple is dedicated to the tutelary deity, goddess Kaila Devi, of the state’s former royal Jadaun Rajput lords. It’s a marble building with a huge courtyard with a checkered floor. Devotees have planted a number of red flags in one location.

The Madan Mohan Temple is a manifestation of the Hindu god Krishna. Krishna is portrayed as Madan Mohan, who enchants everyone. Radha, his consort, is revered as Madan Mohan’s Mohini, the mesmeriser of mesmerisers for spiritual aspirants. Radha is known as the intermediary, without whom no one may reach Krishna.

Mehandipur Balaji Temple is a Hindu temple dedicated to the Hindu God Hanuman in the Indian state of Rajasthan. The name Balaji is given to Sri Hanuman in numerous parts of India since the Lord’s childhood (Bala in Hindi or Sanskrit) form is particularly revered there. It should be noted that the temple is not dedicated to Balaji, another name for Krishna. In contrast to other holy locations, it is placed in a city rather than the countryside. Its reputation for traditional healing and the exorcism of bad spirits draws numerous pilgrims from Rajasthan and other parts of India.

Hindaun City is home to the Shri Mahavir Ji Temple. This little village, once known as Chandanpur, rose to prominence as a Jain sacred place after an old idol of Mahaveer was discovered in its soil several hundred years ago. It was then renamed Shri Mahaveer Ji. This idol was excavated from the same location over 200 years ago, following which the temple was built. Thousands of worshipers travel from all across India to see this statue.

Hindaun City is home to the Nakkash Ki Devi – Gomti Dham Temple. It is a Hindu Devi Temple dedicated to Durga Mata, and Gomti Dham is a temple and ashram dedicated to Gomti Dass Ji Maharaj.

Mndrayl Durg is located 40 kilometres from the district headquarters. Arjun Dev, the monarch of Karauli, dominated the year 1327. The Trinity Baradari shrine, located in the centre of the court, is worth a visit when visiting Bala Durg. Rhugat from the Chambal River runs near the waterfall.

Both domestic and foreign tourists can visit the Karauli neighbourhood between March and April.

How to Reach Karauli