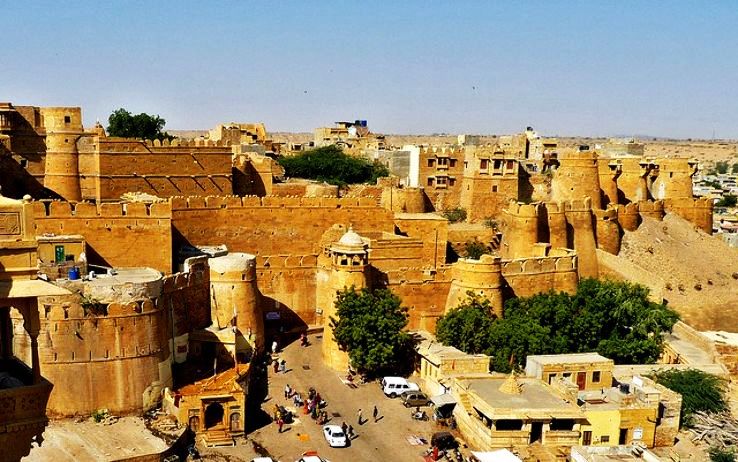 The historical Gurudwara of Buddha Johad, the renowned Sikh religious temple, is located 75 kilometres south-west of Sri Ganganagar. On August 11, 1740, Bhai Sukha Singh and Mehtab Singh brought the head of Massa Rangarh (guilty of sacrilege of the Amritsar Golden Temple) and hung it on a tree. Every floor of this massive Gurudwara has 22 pillars. Tourists can stay in one of 140 rooms close to the gurudwara. Aside from numerous other structures, there is also a modest library that houses portraits of Sikh martyrs. The Gang Canal supplies water to the gurudwara’s sacred pond (johad).

The Indus Valley Civilisation’s remnants can be found here. It is situated on the Anoopgarh-Ramsinghpur highway.

This sacred site is located in the town of Sri Vijaynagar. Every year in the month of Falgun, a massive 7-day fair is held at Dada Pammaram’s grave. The fair closes on Falgun Sankranti. This fair attracts pilgrims from the neighbouring states of Punjab, Haryana, Delhi, MP, UP, and Bihar, in addition to Rajasthan. Dada Pammaram was born about 400 years ago in Bikaner’s village Kumbhana during the reign of Guru Nanak Dev. Because most pilgrims, it is reported, came from Pakistan and had to travel a long distance to reach Kumbhana, the Baba’s tomb was initially built at Fortabad in Pakistan at his own request. However, following partition, the mausoleum was relocated to Sri Vijaynagar, where hundreds of pilgrims visit each year.

The tomb (mazar) of Laila-Majnu at Binjaur hamlet is located near Anoopgarh city on the western side, 11 kilometres away. This Mazar (mausoleum) is often associated with the mythological and legendary lovers Laila and Majnu. According to popular belief, Laila and Majnu were from Sindh and moved to this location to escape the clutches of Laila’s parents and her brother, who were opposed to Laila-love. Majnu’s Laila and Majnu both died here and were buried together. As a result, this location has become a symbol of love, and people gather here to seek blessings from Laila and Majnu. In June, a fair is held here, which is visited by hundreds of newlyweds and lovers.

The Rajasthan Rajya Vidhyut Utpadan Nigam Limited manages the Suratgarh Super Critical Thermal Power Station, which produces energy. It is the state’s most important super thermal power station. This station has been successful in reducing pollutants and maintaining the environmental balance of air emissions. Suratgarh super thermal power station is 27 kilometres from Suratgarh, 15 kilometres from Suratgarh to Biradhwal on NH 15, and 12 kilometres east of NH 15. On August 8, 2004, the plant won a gold shield from the Hon’ble President for continually great performance from 2000 to 2004. It also won a bronze shield from the Hon’ble Prime Minister for exceptional achievement in 2005 and 2006.

Anoopgarh Fort is a ruin located at Anoopgarh. Anoop Singh Rathore designed it.

The Hindumalkot Border, often known as the Indo-Pak Border, is named after Hindumal, the Diwan of Bikaner.

How to Reach Sri Ganganagar

The city of Sri Ganganagar is well connected to the country’s major cities by train and road. However, the district lacks an airport, forcing residents to go to the state capital of Jaipur or neighbouring states for air travel.