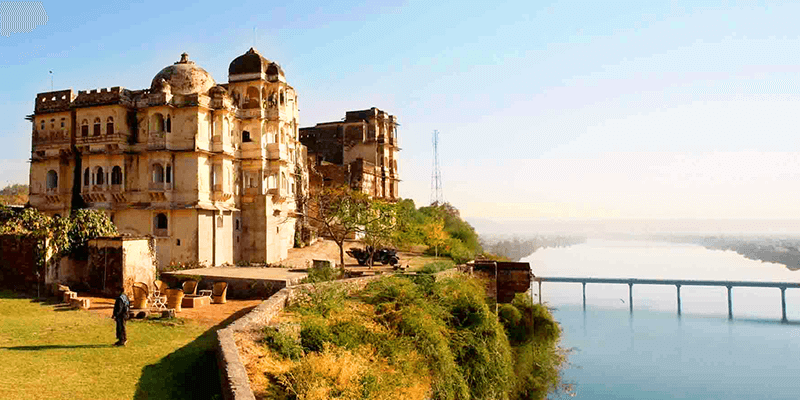 Kota is a city in Rajasthan, India, located on the Chambal River. The Maharao Madho Singh Museum, located within the Kota Garh, or City Palace, houses miniature artworks and ancient weaponry. Chambal Garden, located south of the river, includes a pond containing crocodiles. The 18th-century Jagmandir Palace is located in the midst of Kishore Sagar Lake in the northeast. The Eiffel Tower and Taj Mahal are miniature versions at the Seven Wonders Park.

Best Places to Visit in Kota

A number of palaces have been converted into museums in order to preserve the city’s rich cultural and architectural legacy. The MaharaoMadho Singh Museum is housed in the majestic historic palace. Do not miss this museum on your vacation to Kota; it is unquestionably one of the best in the state of Rajasthan. The beautiful sculptures, frescoes, and paintings provide an unforgettable perspective. The museum’s armoury department is incredible, with a wide range of weapons such as swords, knives, bows & arrows, pistols, guns, and so on. The museum also displays some of the inventive items employed by Kota’s former rulers.

The large collection of Rajput miniature paintings from the Kota school of art is one of the principal attractions of the MaharaoMadho Singh Museum in Kota. The museum was formerly a palace where Kota’s monarchs lived and ruled the kingdom. The museum was named after the son of Bundi’s monarch, who was appointed as the first ruler of Kota by Jahangir, the Mughal emperor.

Kota, a historical city, was previously a part of the erstwhile Rajput kingdom of Bundi. The tremendous cultural heritage of the region is reflected in the majestic palaces, temples, and museums. We get a magnificent glimpse into the magnificence and history of the place while visiting the exhibits at the MaharaoMadho Singh Museum. On Fridays and state holidays, the museum is closed to the public.

Kota, a historical city, was previously a part of the erstwhile Rajput kingdom of Bundi. The tremendous cultural heritage of the region is reflected in the majestic palaces, temples, and museums. We get a magnificent glimpse into the magnificence and history of the place while visiting the exhibits at the MaharaoMadho Singh Museum. On Fridays and state holidays, the museum is closed to the public.

The Haveli of Devtaji in Kota, like most other intriguing palace buildings in the Indian state of Rajasthan, bears tribute to the region’s rich Rajput past. The amazing murals are the main reason for this palace’s splendour. These frescoes are relics of a glorious tradition in which the palace played an essential role. The presence of a vast number of rooms is one of the most distinguishing elements of Rajput palaces. This is also true of Devtaji’s Haveli. All of the rooms of this Kota Haveli are lavishly decorated with paintings. These paintings at Devtaji’s Haveli transport visitors to the historic splendour of the country of the valiant Rajput lords.

Jawahar Sagar Dam, located 29 kilometres upstream and 26 kilometres downstream of Kota city and Rana Pratap Sagar Dam, generates a total of 60 MW from three 33-MW units. Aside from being a key source of power and electricity generation, the Jawahar Sagar Dam releases excess water during times of natural calamity such as drought. The extra water is used for agricultural and drinking purposes by the residents of Kota and the surrounding areas.

Apart from providing water to the locals, the Jawahar Sagar Dam attracts a large number of visitors who are captivated by the modern technical marvel. The Jawahar Sagar Dam provides guests with one-of-a-kind possibilities to enjoy boating in the dam’s fast-flowing water. The dam is also a significant source of Pisciculture.

The Brij Vilas Palace, near Kishore Sagar in the state of Rajasthan, houses the Kota Government Museum. The Museum is open from 10 a.m. to 5 p.m., and admission is Rs.2/-. Every Friday and other government holidays are closed. Inside the museum, photography is restricted, however permission from the Director of Archaeology and Museums, Jaipur, is required. The museum depicts the state’s rich cultural legacy.

Kota has a significant historical significance because it was part of the Rajput kingdom of Bundi, which was later established an independent state in 1624 after Jehangir, the Mughal emperor, destroyed its rulers. The city’s rich cultural legacy is reflected in great architectural wonders such as temples, museums, and palaces. Tourists from all over the world visit the city to see some of the most prominent attractions, such as the RaoMadhoSingh Museum, Chambal Gardens, Jagmandir Palace, City Fort, and Palace Haveli of Dewtaji, among others.

The commercial capital of the state of Rajasthan is Kota. The city is endowed with natural beauties, including as waterfalls, sand dunes, palaces, and forts. The Kota Government Museum in Kota offers an excellent collection that takes us back in time. The magnificent collection includes sculptures, rare coins, and manuscripts, as well as a selection of Hadoti sculpture. The sculpture acquired from Baroli is the most stunning piece on show among all the exhibits at the museum. The lovely figure is exquisitely sculpted and significant due to its historical significance.

A visit from Kota to Darrah Wildlife Sanctuary, which is 50 kilometres from the city, is an essential itinerary in the excursions from Kota. The Kota wildlife sanctuary was previously a popular hunting field for the region’s rulers, who engaged in the royal game of hunting the tigers and deer that had previously inhabited the dense forests of the region their home.

The woodland area, as well as the animals, has now been diminished over time. However, a visit to the Darrah Wildlife Sanctuary will provide visitors a glimpse of the spotted deer and antelopes that still live in the area.

The location has historical significance because the forest was utilised as a route by various warring kingdoms to access to the state of Madhya Pradesh. The word Darrah is rendered as ‘pass’ in local language, suggesting the region’s previous purpose. During the conflict, the Marathas, Rajputs, and British took use of the advantageous position of the forest to seek refuge.

The Darrah Wildlife Sanctuary in Rajasthan now spans over 250 square kilometres of land and is home to dangerous creatures such as sambhars, panthers, leopards, bears, and wild boars. The reserve also has spotted deer and antelopes. A visit to Darrah Wildlife Sanctuary from Kota would necessitate the authorization of a local forest ranger or district forest officer in Kota. National tourists must purchase a Rs. 20 visiting ticket, while overseas visitors must pay Rs 100 per person to enter the sanctuary’s premises.

The Chambal Garden, located on the banks of the Chambal River, is one of the most lovely picnic areas in the Indian city of Kota. While visiting this city, visitors can find calm in the midst of lush greenery.

The lovely pond in the heart of the vegetation is the main attraction of the Chambal Garden in Kota. During the winter months, a big number of people visit this pond full of crocodiles. This dirty pond is traversed by a wobbly bridge suspended from a very low height.

Peaceful folks can equally appreciate this location. Strolling over broad green views overlooking a teeming river can undoubtedly conjure up one of Wordsworth’s spontaneous expressions of sentiments about Tintern Abbey.

Nature lovers can also spend a day examining the myriad of plant varieties that have been planted to bring life to this place. Some plants are unique to this region and are of great interest to botany students and researchers. As a result, it might also be an excellent location for study tours. n The Chambal Garden of Kota is best visited during the winter months. The Chambal Garden in the city of Kota is a lovely destination that may enchant both leisure and adventurous tourists.

A dam as part of the irrigation canal system on the Chambal River, this is a popular place, especially when the floodgates are opened to enable excess water to drain.

This park exhibits miniature versions of the world’s famous wonders. Seven Wonders of the World are being raised in a single park in Kota, which is located in Ballabhbari, bordering Sarovar. A single visit to this park will provide you with a peek of all seven of the world’s wonders in one location. Seven Wonders Replicas in Kota (Rajasthan)

It is the Lord Ganesh temple, which is located in the city’s south. The fact that this temple, where GANESH is standing, is unique to India is what makes it famous. On the way, you can also stop by the RangbadiBalaji shrine.

Mukundara Tiger Reserve (40 Km) Tigers will be evacuated from the Ranthambore reserve in order to offer more area for big cats in the future. It had a core area of 417 square kilometres and a buffer zone of 342.82 square kilometres.

The months of October through March are ideal for a visit to Kota.

How to Reach Kota

Kota is well linked to all of Rajasthan’s cities and towns. It also has an excellent road network for places like as Delhi (504 kilometres), Jaipur (240 kilometres), and Ahmedabad (540 Km.). The major bus stop is located in the Nayapura Area, and a new bus stop is located near the Aerodrome Circle. State-run buses, private buses, and rented jeeps/cars are all popular forms of transportation. On-hire automobiles are a fantastic choice because they are quick and convenient, however they do need some haggling.

On the Delhi-Mumbai line, Kota is a key junction in the Western Railway section. As a result, Kota is served by the majority of trains. A rail travel from Jaipur to Delhi takes approximately 4 hours, from Delhi to Indore takes about 6 hours, and from Indore to Jaipur takes about 7 hours. Three Rajdhani trains pass via Kota Junction.