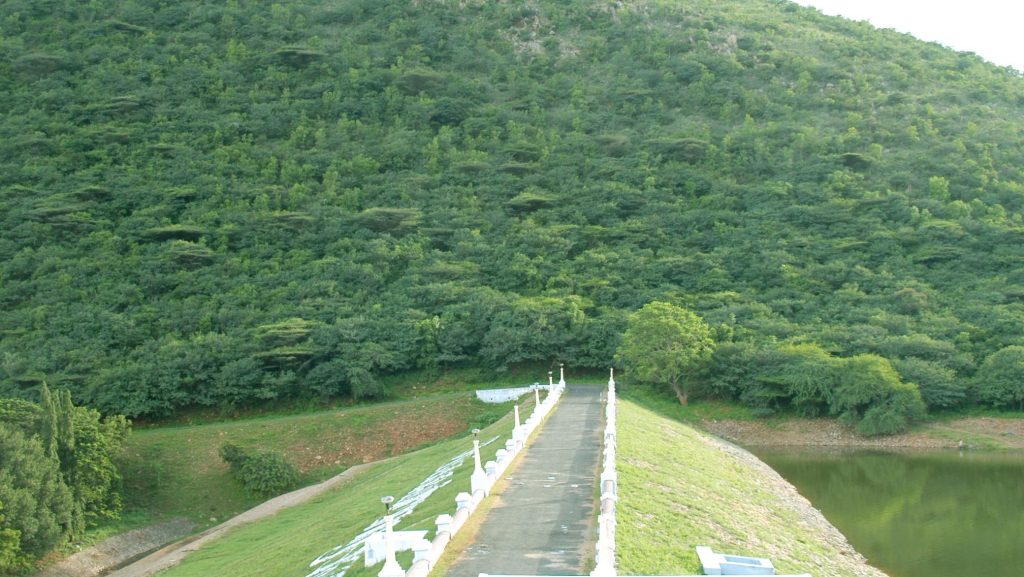 Karur is a city in the Tamil Nadu state of India. Karur serves as the administrative centre for the Karur district. It is situated along the banks of the Amaravathi River. Karur is well-known as a textile export hub because of its export of home textile items to the United States and Europe. Karur is an old city in Tamil Nadu, located in the Karur District. It is well-known for its exports of handloom fabrics and blankets. Because of the Kaveri and Amravati rivers, the city boasts fertile soil. Kalyana Pasupatheeshwara Swamy Temple (Shiva temple), Ponnaniyar Dam, Mayanur, and other places of importance are also worth seeing.

Best Places to Visit in Karur

Arulmigu Sadasiva Brahmendra Adhishtanam and Arulmigu Kashi Vishwanatha temple are located in Karur district’s Nerur Village (13 kilometres from Karur-Thirumukkudalur Road). This Jeeva Samadhi is placed on the Cauvery River’s bank amid an oasis. The Cauvery River, which flows south from here, is a unique feature. It is a lovely site that attracts devotees from all around the country, not just those from Tamil Nadu.

Ponnaniar Dam is a picnic area near Pooncholai hamlet in the Kadavoor hill region of Karur district. A dam has been built at the base of the Semmalai. This dam has given irrigation to the surrounding lush land. The dam site is preserved by the public works department.

Karur is a well-known industrial centre and, as previously stated, was the capital of the early Chera Kings of the Sangam period. This city is also well-known for its cottage and handloom textiles. Karur’s landmark is the Pasupatheeswarar Temple. A group of sculptures depicting Pasupatheeswarar Lingam, a milk-oozing cow, and a Rangamatha contribute to the temple’s allure.

A well-known temple dedicated to Sri Mariamman is located in the centre of Karur. Every year, all groups of people, regardless of caste or faith, participated in the Kumbum Festival, which is held throughout the month of May. One of the magnificent events is when every devotee brings sacred water from the river Amaravathi to this famous temple to worship.

This is 5 kilometres from Karur and has a temple dedicated to Lord Kalyana Venkataramana samy on a raised section of a hilltop. This temple is also referred to as Then Thirupathi (South Thirupathi).

This location is well-known for its temple devoted to Lord Murugan, which is located 5 kilometres from Karur on the Karur-Salem route. Hindu exponents such as Arunagirinathar and Avaiyar sang hymns in honour of this Lord.

Nerur Arulmigu Sadhasiva Brahmendra Temple is 12 kilometres from Karur. This Temple is a well-known landmark in the Karur District.

It can be found on Old Dindigul Road, Jawahar Bajar, Karur. The museum first opened its doors to the public in 2000. Bronze pieces, metalware objects, musical instruments, coins, rocks and minerals, fossils, botanical specimens, molluscan shells, and other marine specimens are among the specimens. The Museum’s educational programmes include Guide services, popular talks, and so forth.

A temple dedicated to Lord Subramania on a tiny hill near Pugalur is known for its sculptures. This is located on the banks of the Cauvery River in Karur’s northwestern outskirts.

This temple is dedicated to Lord Kadambaneswarar and is located in Kulithalai town. Thaipoosam is a great festival observed every year during the Tamil month of Thai (January) here.

Ayyermalai is located in Karur District, 8 kilometres from Kulithalai. ArulmiguRathinagreeswarar has a shrine dedicated to him. Every year, the 15-day Bramotchavam Festival, the Thaipoosam Festival, the Karthigai Festival, the Panguni Uthiram Festival, and the Teppam Festival are all celebrated here in magnificent style.

Ponnaniar Dam is a picnic area near Pooncholai hamlet in the Kadavoor hill region of Karur district. A dam has been built at the base of the Semmalai. This dam has given irrigation to the surrounding lush land. The dam site is preserved by the public works department.

The Arulmigu Agatheeswarar temple is located here and is under the supervision of the HR&CE department. In this location, the rivers Cauvery, Amaravathi, and Manimuthharu converge. As a result, the location is called after Thirumukoodal. Rajendra Chola-I of the Chola Dynasty erected this temple. Agathiya Munivar was said to have worshipped Lord Shiva in this temple.

Sellandiyamman Temple is one of the village’s primary attractions and a sacred pilgrimage spot for Hindus from the surrounding villages. Sellandiamman is the name of the deity at this temple. It is 23 kilometres from Karur District and 21 kilometres from Kulithalai, which is located on the banks of the Cauvery River.

Best Time to Visit in Karur

The winter season is the finest time to visit Karur.

How to Reach Karur

There are 2 national highways namely the NH 44 NS (Varanasi – Kanyakumari road) and NH 81 Coimbatore – Chidambaram road tKarur is served by two national highways: NH 44 NS (Varanasi – Kanyakumari route) and NH 81 Coimbatore – Chidambaram road. Karur is connected to Erode and Dharapuram by other important state highways. The bus station in Karur is located in the town’s centre. Long-distance buses are operated by the State Express Transport Corporation, which connects the city to major cities like Chennai, Bangalore, Thirupathi, Thiruchendur and Rameshwaram.