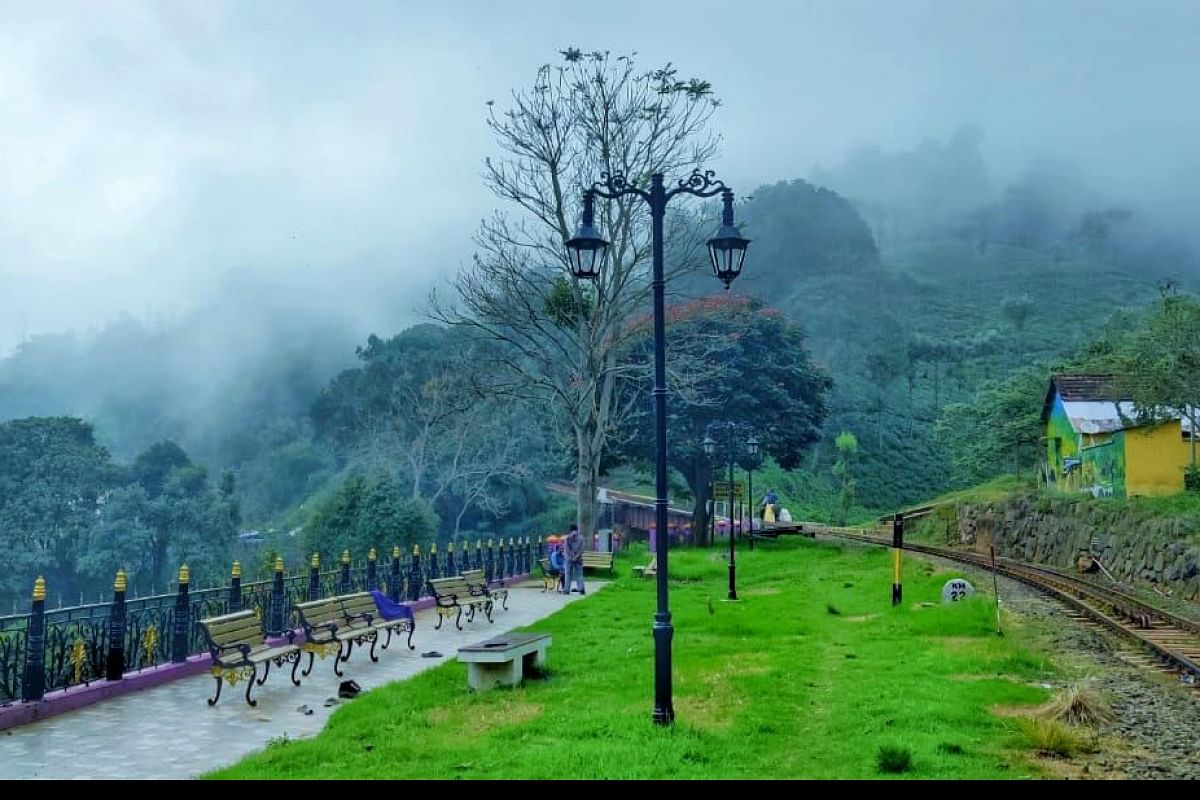 The Nilgiris district is one of the 38 districts in Tamil Nadu, India’s southernmost state. The term Nilgiri refers to a mountain range that runs across the states of Tamil Nadu, Karnataka, and Kerala. The Nilgiri Hills are part of the Western Ghats, a broader mountain range. Nilgiris is notable for eucalyptus oil and tea, as well as bauxite production. Some visitors come to learn about the cultures of the many tribes who live here, or to see the tea and vegetable farms.

Best Places to Visit in Nilgiris

The Tribal Museum is housed on the premises of the Tribal Research Centre in Udhagamndalam, Nilgiri district, Tamil Nadu. The foundation stone for the Tribal Museum building was placed on September 12, 1989, and construction was finished in 1995, with operations beginning on October 2, 1995. The Adi Dravidar and Tribal Welfare Department, Government of Tamilnadu, took over the Tribal Research Centre and Tribal Museum from Tamil University, Thanjavur on September 13, 1995. Tribal Museum is located in M.Palada, which is approximately 10 kilometres from Ooty Central Bus Stand and Railway Station towards Avalanchi road. It is a popular destination for visitors, students, scholars, and the general public.

The main goal of establishing the museum is to preserve the Tribals’ cultural heritage. Museum artefacts like traditional Ornaments, Weapons, Utensils, Basketrty, Pottery, Tribal Model huts, Agricultural Implements, Hunting and fishing material Painting & Photography, Sculptures, Tribal model temple and Medicinal and Minor forest produce items are collected from about 36 different tribal ethnic Communities of the state of Tamilnadu and also tribal photography of other States of India and Union terrriotry of Andaman and Nicobar islands etc., were exhibited in the Tribal Museum. The Emerald Dam, Avalanchi, and Eco Tourism locations are all close to the Tribal Museum. The Tribal Museum is attracting many visitors at national and International level.

This is India’s first sanctuary and is part of the Jawharlal Nehru National Park. It is 36 kilometres from Ooty through Kalhatty and 67 km via Gudalur. It is 91 kilometres distant from Mysore. This Sanctuary has an area of 321 square kilometres and is located at the crossroads of three states: Tamil Nadu, Karnataka, and Kerala. It is 1,140 metres above sea level. There is a wide range of habitats here, including tropical evergreen forest, moist deciduous forest, moist teak forest, dry teak forest, secondary grasslands, and swamps. It is abundant in fauna, including Elephants, Gaur, Tiger, Panther, Spotted Deer, Barking Deer, Wild Boar, Porcupine, and other birds, as well as reptiles such as pythons, Monitor Lizards, and Flying Lizards. You may ride an elephant into the forest or take a car trip along the official visitor’s path into the jungle.

The elephant rides must be reserved in Ooty. The Mayor River and the life that surrounds it are an adventure in and of themselves. Theppakadu Elephant Camp is a renowned tourist destination.

More than a century ago, this remarkable park-cum-botanical garden was created following the natural contours of the terrain. Ethnic trees, bushes, and creepers coexist with numerous exotic types of foliage imported from all over the world. Among the numerous attractions in this park are Rudraksha – the bead tree – and Queensland karry pine, a lovely decorative tree. Sim’s Park and the Botanical Garden, India’s biggest storehouse of temperate plants and a popular site for botanists. The annual vegetable and fruit exhibition is held at Sim’s Park.

Sim’s Park, Coonoor, was founded as a result of the pioneering efforts of the early European settlers. The park was named after Mr. J.D. Sim, Secretary to Government, and Major Murray, acting Superintendent of the Nilgiris woods, who worked together to make it a reality in December 1874. Though it began as a recreational area for inhabitants and tourists, the park has now evolved into a Botanical Garden for the objectives of introducing and testing numerous alien plants of systematic and economic interest. The park is located in a steep valley on the northern side of Coonoor railway station, at a height ranging from 1768 to 1798 metres above mean sea level. It is spread out across 12 hectares of undulating terrain and has a variety of natural benefits. It is next to the Pomological Station, the Pasteur Institute, and the Silk Worm Seed Station.

The Pykara is the District’s major river. The Todas regard it as extremely sacred. Mukurthi mountain is the source of the Pykara river. It travels across a steep terrain, mainly to the north, until turning west near the Plateau’s border. It comes down spectacularly in a sequence of waterfalls, with the final two falls of 55 metres and 61 metres known as Pykara falls. They are around 20 kilometres from Ooty. The Pykara Lake is located on the Ooty-Mysore route, about 21 kilometres from Ooty. Boating on Pykara Lake is a lot of fun. There is also a restaurant. Wenlock Downs, a huge expanse of green meadow on the route to Pykara, is a favoured picnic spot and is particularly popular with this country’s film producers.

Avalanche is 28 kilometres from Ooty town, beyond the Emerald Lake and surrounded by unspoiled forest. It is on the road from Ooty to Upper-Bhavani through Emerald Camp. The breathtaking view at every turn is awe-inspiring and delightful. Views of the Avalanche Valley and reservoir may be seen from the top of the hill in Avalanche. The shoals are so dense in several spots here that even sunlight cannot penetrate. Avalanche is home to a diverse range of birds in large numbers. For bird watchers, spotting and recognising them may be a highly gratifying experience.

Glenmorgan is located 35 kilometres north-west of Ooty and was formerly well-known for its tea estate. The lovely lake at the estate’s foot serves as the forebay for the Pykara power station, which is located about 4 kilometres down the hill near Singara.

Glenmorgan and Singara are popular picnic destinations for tourists. The view from the vantage point above Glenmorgan’s rest house is spectacular. From here, one can see the Pykara power house in Singara, the Moyar valley, the Mudumalai Wild Life Sanctuary, and faraway Mysore locations.

Lamb’s Rock is one of the most popular picnic spots near Coonoor. It is a point on the road to Dolphin’s Nose, and it was named the Seat by the then Collector, Mr.E.B.Thomas, after Captain Lamb, who made sincere endeavours to open a path to the location. It is located in the town of Burliar, about 8 kilometres from Coonoor. The cliff is a steep precipice of jagged granite that drops hundreds of feet to bury itself in the lush vegetation below. There are a few points of view that are unrivalled. The enormous Hulical ravine yawns on the right, while the roar of the Coonoor torrent ascends from its base some 5000 feet below. The Lamb’s Rock is a few hundred metre steep escarpment that gives a good view of the Coimbatore plains.

It is approximately 12 kilometres from the Coonoor bus stop, which is located near Tiger Hills. It is a one-of-a-kind rock of enormous dimensions that protrudes from the face of a hillside in the shape suggested by its name. The view from here is spectacular and well worth the effort of getting there. There are vast ravines to the left and right; on one side, there is a wonderful view of the spectacular St. Catherine’s Falls, with their stream continuing several thousand metres below, while on the other, the familiar Coonoor stream joins the stream from Kotagiri.

They paid their respects to the mighty Bhavani river as a group. In truth, we are just a few metres away from Nose, separated by a wide valley filled in lush greenery and a mishmash of tree tops.

The Government House (Raj Bhavan) is located on a crest on the Western Slopes of Doddabetta, on the outskirts of Udhagamandalam’s South Eastern Quarter. Before Udhagamandalam became the state’s virtual summer capital, it was visited on a regular basis by the Governors of Madras for a few months to provide a welcome respite from the city’s hot, steamy weather. Government House, Raj Bhavan, which was built in 1877 by the Duke of Buckingham as the Governor of Madras, is now only used on rare occasions when the Governor of Tamil Nadu visits Ooty. Otherwise, the huge cream-colored home overlooking the Botanical Gardens serves as a mute reminder of the Raj’s pomp and grandeur.

Sir Arthur Havelock erected a beautiful ballroom in 1900, and the entire structure was electrified in 1904. For the majority of the summer months of April, May, and June, the Governor lives on the well-kept lawn and in the magnificent gardens. The walls of the mansion are adorned with portraits of Governors and their wives, Queen Victoria, George V, George Marry, the Duke of Buckingham and Chandos, and many more.

Doddabetta, at 2,623 metres above sea level, is the highest peak in Tamil Nadu and is around 10 kilometres from Ooty bus station. In the Badugu language, the term Doddabetta literally means “Big mountain,” and this is exactly what it is. It is located at the confluence of the Western and Eastern Ghats and offers stunning views of the Nilgiri Hills range. It is encircled with thick Sholas. The Telescope House administered by T.T.D.C., which is an extra attraction, provides a beautiful panoramic view of the countryside and the entire District and even beyond. From this vantage point, the sunset is breathtaking.

Best Time to Visit in Nilgiris

The winter season is the finest time to visit Nilgiris.

How to Reach Nilgiris

Coimbatore (105km) is the nearest international airport, which is well linked to all major cities.

The narrow gauge Toy Train connects Ooty and Mettupalayam. The train passes through many tunnels, across waterfalls, along the edge of cliffs, and through tea farms, among other sights. The vintage steam engine pushes the coaches from behind on the way up, and on the way down, the engine reverses and pulls the coaches. This beautiful railway journey is a must-see.

Ooty is connected to a number of cities by road. It is 535 kilometres to Chennai through Mettupalayam Salem, 89 km to Coimbatore, 187 km to Calicut via Gudaur, 160 km to Mysore via Gudalur, 290 km to Bangalore, 281 km to Cochin via Coimbatore Palakkad, 302 km to Trichy, and 265 km to Kodaikanal via Coimbatore Palani.

There are tourist taxis, city buses, and auto rickshaws available.