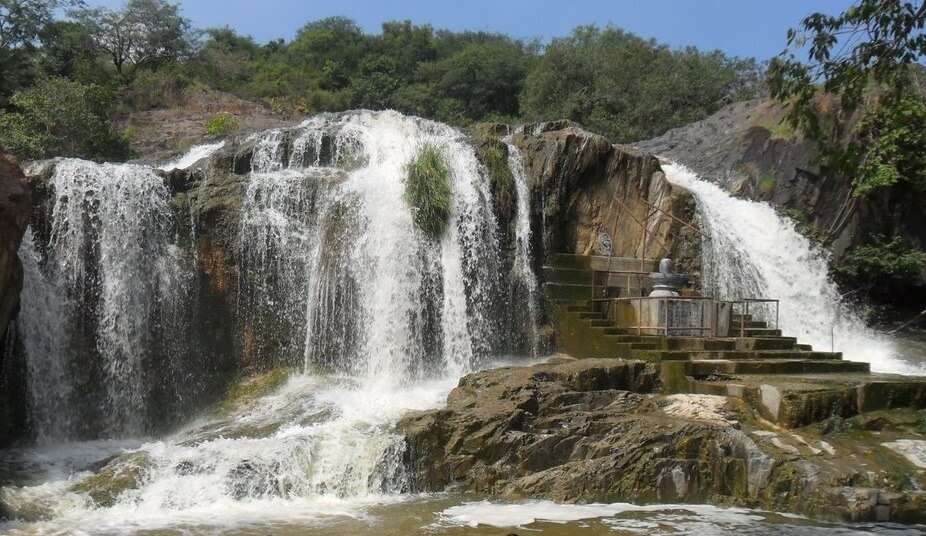 Vellore is a city in Tamil Nadu, India’s southernmost state. Vellore Fort, with its towering granite walls and surrounding moat, dates from the 16th century. The Jalakandeswarar Temple, located within the fort, is decorated with beautiful sculptures. The Government Museum, which is close by, includes prehistoric artefacts and natural history exhibits. The Muthu Mandapam monument, located near the Palar River, holds the tomb of a Tamil chieftain.

Best Places to Visit in Vellore

The scenic Amirthi Forests are located 25 kilometres south of Vellore and are rich in flora and wildlife. Half of this jungle has been cleared to serve as a tourist attraction, while the other half has been established as a wildlife refuge. A one-kilometer hike provides a panoramic view of seasonal water falls.

The temple was built on 100 acres of land by the Vellore-based philanthropic foundation Sri Narayani Peedam, which is led by its spiritual leader Sri Sakthi Amma, popularly known as ‘Narayani Amma.’ The temple’s gold (1500 kg) coating features detailed work by artists who specialise in temple art employing gold. Every detail was handcrafted, including the conversion of gold bars into gold foils and the subsequent mounting of foils on copper. Mounted on etched copper plates is gold foil with 9 to 10 layers. Every feature in temple art has a vedic meaning.

The Fort was built between 1526 and 1595 AD by then-ruler Bommu Nayakar and his brother. The First Mutiny Against the British in India erupted in Vellore Fort (1806 – Sippoy Kalagam) Tippu Mahal, Hyder Mahal, Condy Mahal, Badhusha Mahal, and the Begam Mahal in the side Fort. The Vellore Fort is one of the best attractions in the District. It is said to have been erected in the mid-16th century A.D. by Chinna Boomi Nayaka, a subordinate of Sadasivaraya of the Vijayanagara Kindom. In 1760, the British captured the fort and utilised it as a military stronghold. The rectangular fort, which has a 3km perimeter, is entirely made of enormous granite cut stones. The fort comprises both secular and religious monuments, such as the tippu Mahal, Begum Mahal, Kandi Mahal, Jalakanteswara Temple, a mosque, and a church. Museums were also constructed in this fort by the Archaeological Survey of India and the State Department on April 1, 1999.

The primary deity of Sri Margabandeeshwarar Temple is Swayambu Lingam known as Margabandeeswarar. The Simha teertham, the tank with the lion-faced sculpture inside the temple complex, is well-constructed. The most revered Shiva temple in Virinchipuram is called as “Bhaskara Kshethiram” because the Sun is reported to worship the Linga when its rays fall on it in the month of Panguni. As one approaches the eastern entrance of the gopura, he is drawn to a stunning lion-faced sculpture on the left side of the Shrine. This is the “Simha Theertham,” a well with foot steps within.

This is the location where Valli performed penance on Lord Vishnu in order to get Lord Muruga’s hands, which is why the Sadari Blessing with Lord Vishnu Pada (foot) is provided to devotees at the temple.

Best Time to Visit in Vellore

From November through February is the finest season to visit Vellore.

How to Reach Vellore

The primary railway connection in Vellore is Katpadi Junction.

Vellore has connections to the major cities of Tamil Nadu, Andhra Pradesh, and Karnataka.

The NH 46 (Bangalore – Chennai route), NH 234 (Mangalore to Viluppuram road), and NH 4 from Ranipet to Chennai, as well as the Cuddalore-Chittoor road, all pass through Vellore.