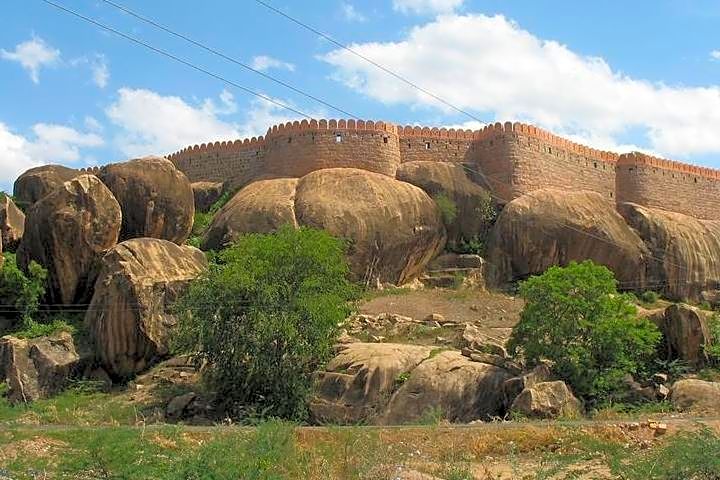 Pudukkottai is the administrative centre of the Pudukkottai District in Tamil Nadu, India. It is a major town on the banks of the Vellar River that has been governed by the Cholas, Early Pandyas, Thondaimans, and the British at various periods.

Best Places to Visit in Pudukkottai

One of the Islamic centres is located 30 kilometres from Pudukkottai on the Thirumayam – Madurai roads. Arcot Nawab built it around the 17th century AD. This is the location of Pagruthin Avuliya alies Kattubhava samathi. The Annual URS Celebration is a well-known festival held in this centre. This site was frequented by both Muslims and Hindus.

Avur is 20 kilometres from Tiruchirappalli and 42 kilometres from Pudukottai. A Roman Catholic church built in 1747 A.D. has been excavated here. Rev.father Joseph Beschi (Veermamunivar), a well-known Tamil scholar, began his religious service by establishing a mission in this church. This location attracts a large number of international tourists on a regular basis. Easter is a well-known celebration that is celebrated in magnificent style here.

A modest temple dedicated to Lord Subramania is located on a hillock on the Tiruchirappalli-Madurai National Highways route, 28 kilometres from Trichy and 40 kilometres from Pudukkottai. This temple’s inscription mentions that the first temple was erected by King Azhakiya Manavalan. Later additions to this temple were constructed during the Chola dynasty. Other inscriptions said that Adhithiya Chola was responsible for the temple’s restorations. Other improvements, such as pragaram and mandapas, were added by the Nayak and Marungapuri dynasties, while the Navarathiri Mandapam was built by the Pudukkottai Emporors. This temple’s features include green plantations and wandering peacocks. Lord Subramiya and his spouse Theyvanai have granted devotees’ requests. Important festivals observed here include Chithira Pournami, Vaigasi Visagam, Teppa Thiruvizha, Kandasasti, and Panguni uttiram. Dramas from Viralimalai Kuravanchi, written by Muthu palani Kavirayar, were performed during the day.

The name Kodumbaloor appears in the Tamil epic Silapathigaram. It is 35 kilometres from Trichy and 40 kilometres from Pudukottai. The architectural structures that had stood here were forerunners of the Dravidiyan style of building. Many tourists visit this location because of the preserved buildings of Muvar koil and Mujukundeeswarer temple. Archaeological Survey of India is in charge of it.

At the inscriptions found in this Temple, the word Kunnandar Koil is spelled Thirukundrakudi. It is 40 kilometres from Pudukkottai and 22 kilometres from Keeranur. This town features a siva temple (cave temple) that was built during the reign of Nandhivarma Pallava (775 AD). On top of a tiny hill, there is also a Lord Muruga Temple. Many people visit this location because of a mandapa in the shape of a chariot with horses.

Pdukkottai District, in Keezhayur panchayat, a siva temple and a vishu temple have been located 33 kilometres from Pudukkottai and 15 kilometres from Keeranur is known as Malaiadipatti. Nanthivarma Pallava carved the siva temple (Vakeewarer) from the Hill locks in 730 AD. The Vishnu temple was built later than the Siva temple, and its appealing sculptures include Narashima Moorthy, Thirumal, Ananada Sayana Moorthy, and Ahishasan. Some murals portraying Thirumal’s 10 avadars have been brilliantly painted on the walls of Thirumal Cave Temple. The mudumakkal Thazhi is also found at a burial site in several portions of this community.

It is located 17 kilometres from Pudukkottai. Narthamalai is the Chieftain of Mutharaiyar’s head quarters. The principal features of Narthamalai include the oldest circular structural stone temple, the vijayalaya choleeswaram cave temple, and the kadambar malai temple. The Narthmalai muthu Mariamman temple now attracts a large number of tourists. The mullaipari procession is a popular event at this temple.

Chithannavasal is a well-known tourist destination in the Pudukottai District. It is 17 kilometres from Pudukottai on the Annavasal – Pudukottai Road. Jain Monks used to dwell in caves and hillocks in order to practise their austere life. They sanded the hill in preparation for poojas and penance under the open shelter. Such Jain temples and Jain beds may be seen at Sittannavasal and the neighbouring areas. There are more than 17 beds on the eastern side of the Sittannavasal hill. Inscriptions in the uncommon Brahmi Tamil script may be seen around the beds. Ezhadi pattam is the collective name for Jain beds.

A second-century Jain temple at Chithannavasal with Mahavir statues on both sides of the wall is known as the Arivar temple. Arivar temple’s ceiling is covered in fresco herbal paintings dating back to Mahendravarma Pallava. Fresco murals of a royal couple and a lotus tank with marine animals are noteworthy. These paintings are thought to be the successors of the Ajantha cave paintings in Aurangabad. The cave temples are managed by the Archaeological Survey of India.

Life-size statues may be found in the temple devoted to Athmanatha samy, which is located in Avudayar koil, 60 kilometres from Pudukottai. The ceiling of Avudaiyar Koil is composed of copper plates, comparable to the roof of Nataraja temple in Chidambaram, which is made of gold plates. The granite roof work of the temple is notable. In this temple, the saint Manickavasaga was given special attention. Thiruvadu thurai Atheeyenam has been in charge of it.

It is approximately 20 kilometres from Pudukkottai. The cave temples located here provide witness to ancient art and civilization. On a hill lock, there is a Shiva temple dedicated to Sikkanatheeswarer, and it is surrounded by life-size sculptures. There are about 100 inscriptions, the most notable of which expresses the gramatical notes of Karnatic music. The Government of Tamilnadu owns and operates a well-known agricultural college.

Best Time to Visit in Pudukkottai

Best Time to Visit — When is the best time to visit Pudukkottai? January is the coldest month in Pudukkottai.

How to Reach Pudukkottai

Pudukkottai is easily accessible by rail or bus from the country’s major cities. There is no airport in Pudukkottai. Trichy Civil Airport, which is 44 kilometres away, is the closest airport. Regular buses go to Pudukkottai from various major cities around the nation.

Madurai airport (IXM) is 122 km away from Pudukkottai

Regular trains run regularly to Pudukkottai from all of the country’s main cities.

Regular buses go to Pudukkottai from various major cities around the nation.