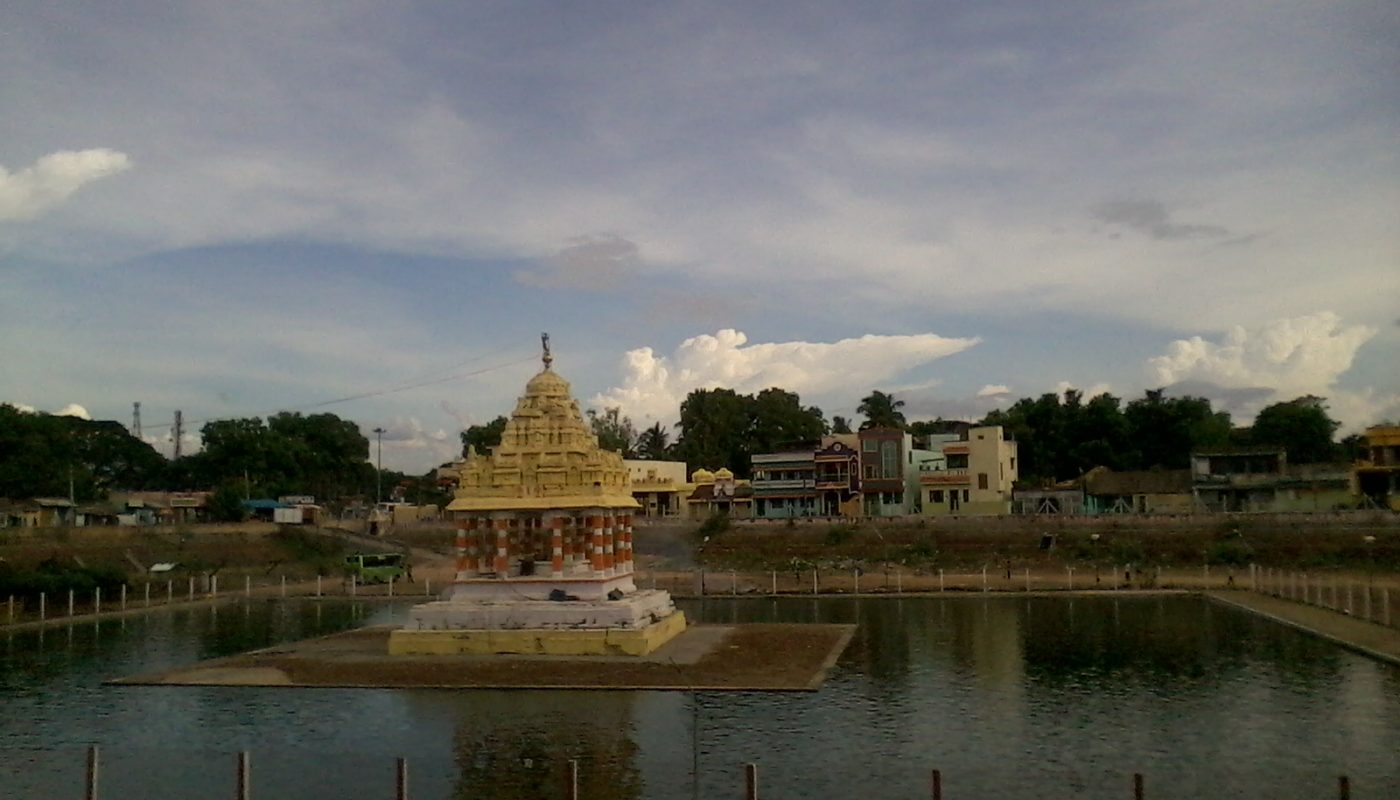 Tiruvallur is a fast-growing city in the Indian state of Tamil Nadu with a Grade I municipality. In the western section of Chennai, it is located on the banks of the Cooum River, roughly 46 kilometres from downtown Chennai and only 5 kilometres from the megacity border.

Best Places to Visit in Tiruvallur

Pulicat is a city in the district of Tiruvallur, Tamil Nadu. It is located around 60 kilometres north of Chennai, namely on the seaward side of the Sri Harikota island blockage that separates Pulicat Lake from the Bay of Bengal. Pulicat Lake is a narrow water lagoon that is part of the Pulicat city and also gained its name from it. Pulicat has a long and illustrious history. The Dutch settlers had built a fort in the previous year, 1609. In fact, this Pulicat city became their primary residence. The city of Pulicat was conquered by a number of invaders, the latest of which were the British overlords. Britons took over Pulicat in 1825, making it a part of the Madras Presidency. Much of Pulicat’s riches have vanished due to the passing of so many long years.

To a significant extent, the old lighthouse that was placed right opposite the Pulicat Lake has preserved the aura.

Poondi Lake, also known as Sathyamoorthy Reservoir, is a reservoir located across the Kotralai River in Tamil Nadu’s Tiruvallur district. It serves as a vital water supply for Chennai, which is 60 kilometres distant. There are frequent buses from Chennai and Tiruvallur to this location.

Poondi Reservoir (later renamed Sathyamoorthy Sagar) was built across the Kosathalaiyar River or Kotralai River in Thiruvallur district in 1944 and put into use for capturing and storing Kosathalaiyar River water. Surplus water goes down the river, where it is captured and redirected to Sholavaram and Puzhal lakes by Tamaraipakkam Anicut. (In 1972, a walled canal known as the Poondi Canal was built to transport water from the Poondi Reservoir to Sholavaram Lake.) This reservoir was built at a cost of Rs. 65 lakhs. Satyamurti is regarded today as the political guru of Kumaraswami Kamaraj, the State’s Chief Minister from 1954 to 1963.  As a result of his tremendous commitment to Satyamurti, Kamaraj had the Poondi reservoir named after him.

Sir Robert Bruce Foote inadvertently discovered a stone tool at Pallavaram in 1863 CE, which was followed by the finding of a large number of artefacts in and around Poondi, near Chennai. This incredible find in the area of prehistoric archaeology pushed back the antiquity of man in Tamil Nadu to more Palaeolithic Toolsthan half a million years ago and put this region on the prehistoric cultural map of the world. Interestingly, the Poondi reservoir, from which Chennai gets its water, turns out to be extremely important for archaeologists and geologists all over the world. The Gudiyum cave, the first of its sort in India, was found by geologist Sir Robert Bruce Foote near Poondi in Tiruvallur taluk of Tiruvallur district, and getting there requires some risky pathways through calm forests, which might be a great trip for hikers and even nature enthusiasts.

The Department of Archaeology, Government of Tamil Nadu, maintains a museum dedicated to displaying prehistoric artefacts discovered in and around Poondi and other regions of Tamil Nadu. This museum first opened its doors in 1985. Poondi is located in Tiruvellore District, 13 kilometres from Tiruvellore Railway Station.

Lord Hanuman is revered across India under many names such as Anjaneya, Hanumanji, Maruti, Bajrang Bali, Mahavir, and Pavan Kumar. He was the child of the Wind God and Anjana Devi. He’s one of seven chiranjeevis (immortal ones). Surya, the Sun God, is regarded as his Guru. Sundara Kandam or Sundar kand is a separate part in the Valmiki Ramayana that chronicles in detail Lord Hanuman’s leelas as he searches for Sita across the sea. Sundara Kandam is made up of 2885 verses, and the word Sundara means “lovely.” The sundara kandam has a significant esoteric meaning. The ocean symbolises the ocean of samsara. Sita Devi represents the jivatma, whereas Lord Rama represents the paramatma. Hanuman is a representation of the Guru, or Divine teacher.

North Chennai is the industrial face of Chennai; from refineries to transportation companies, North Chennai is the city’s most heavily inhabited area. Thiruvotriyur, which is ensconced in this portion of the city, is a location of importance during the month of Aadi since it is home to the VADIVUDAIAMMAN THYGARAJASWAMI TEMPLE.

Vadivudaiamman is the form of Gnana Sakthi who blesses the people with wisdom and knowledge to survive in this world, visiting the temple at noon and participating in the midday pooja with a red colour saree and jack fruit as a humble offering to Amman will bless the needs of the devotees stepping in to the temple, the temple is said to be the first temple created in this world, thus Lord Shiva is known as Aadhipurishwarar

The Bhavani Amman Temple at Periyapalayam, near Chennai, attracts many devotees. Bhavani Amman is the principal goddess of the temple, and hundreds of people flock here on weekends and during the months of Aadi and Avani. Periyapalayam is located around 45 kilometres from Chennai on the Chennai-Kolkata route near Red Hills. Throughout the year, people come to the temple with their families to seek the blessings of Bhavani Amman, and on weekends, they come in groups to have a heavenly get-together.

Ambigai who blessed the Sun

Devikarumari made Narayanan Seat there

Lord Thirumal once came to Thiruverkadu to observe Umadevi’s gracious reign. When Thirumal encountered his sister Karumari in person, she asked him to “sit there as Srinivasan of Thirumurai and aid her and bless the devotees who worship Navagraham and stand towards the south.” He was overjoyed and assured her that he would stand by her side and defend the status of the Nine Planets. Veda Viyasar was overjoyed to see Annai Parasakthi and Lord Venkatesan in the same room.

Tiruttani’s majestic shrine of Lord Muruga tops a single rock 700 feet above sea level. It is nestled among hills and offers a breathtaking panoramic view. This holy site is located on the Chennai-Mumbai highway, 13 kilometres from Arakkonam and 84 kilometres from Chennai.

Around this town are well-known religious sites such as Kancheepuram (Banares of the South) on the south, Sholingar and Vallimalai on the west, Tirupati (also known as Balaji) and Kalahasti (with its Vayu Lingam) on the north, and Tiruvalangadu (of puranic reputation) with Lord Nataraja on the east.

Tirutanikai, one of Lord Murugan’s six Padaiveedus, is the crown treasure of our Lord. When we worship our Lord in this sacred temple, He rewards us with mental serenity and bodily satisfaction, as the name implies. His righteous fury towards asuras for their cruelty is claimed to have been quenched and cooled at this location, which is why it is known as Shantipuri (Abode of Peace). Because the requests and wants of devotees who worship our Lord Tanikesan on this hill with unshakable confidence and passionate devotion are quickly realised, this hill is also known as Chanikasalam.

According to the tale surrounding the founding of this temple, once upon a time in Krita Yuga, a sage named Purupunyar resided in Badarikashram with his wife Satyavathi. They did not have any children. Purupanyar conducted the Putrakameshti Yaga (Sali Yajna) with tremendous zeal and dedication. Every day for a year, the Sage presented 1000 Ahutis (oblations of gheeto the sacrificial fire after repeating the mantra each time). ‘ Lord Narayana was pleased with the austerity of the Sage’s ceremonial observances, and appeared in the sacrificial fire in a blissful mood to grant boons on the final day, when Purnahuti (the final offering) was done. The Sage asked God for a fine son. The boon was granted on the condition that he be named Salihotran after the name of the Yajna. Lord Narayana vanished with this grace.

The Sage then gathered the ash that had been thrown around the Yajna Peetha and offered a handful of it to his bride to be consumed with great reverence as Prasadam. Sage Purupunyar had a magnificent son in the eleventh month after that.

Best Time to Visit in Tiruvallur

The ideal time to visit Tiruvallur is in January.

How to Reach Tiruvallur

Arignar Anna International Airport and Kamarajar Domestic Airport, both in Tirusulam, are the nearest international and domestic airports (47Km).

Many towns in Southern India, such as Salem, Erode, Bengaluru, Mangalore, and Western India, such as Pune and Mumbai, use Tiruvallur Railway Station as a transit hub. It is also well linked to sacred sites like as Tiruvalangadu, Tiruttani, Tirupati, Mantralayam, and Shirdi.

From early in the morning until late at night, EMU services to Chennai Central, Arakkonam, and Tiruttani are available.

Three major national highways, namely NH 16, NH 48, and NH 716, run across the district’s borders. The town’s bus terminal is located in the centre of the city, and buses run to outstation and mofussil destinations from early morning to late at night.