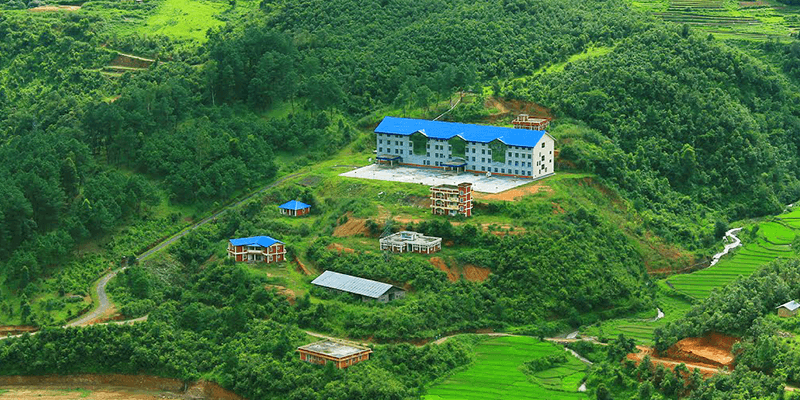 Senapati is the administrative centre of the Senapati district in the Indian state of Manipur.

Best Places to Visit in Senapati

Willong Khullen is a hamlet on the Maram-Peren Road, 37 kilometres (23 miles) from National Highway 2 (India) (Maram). It has a stone structure that looks a lot like Stonehenge. Seven metres tall and one metre thick are some of the tallest stones. Yangkhullen is a hilltop hamlet constructed on a steep incline.

Places of Interest in Senapati

Places of Interest in Senapati

Senapati, a new township and District Headquarters, located 62 kilometres from Imphal. The district headquarters has more than 30 government offices. People from diverse ethnic groupings live in harmony in the town.

MaramKhullen, one of the district’s largest settlements, is a very old and rustic community. It is a desirable location for anthropologists, research scholars, and the like.

Yangkhullen is the largest Zemei settlement on the Peren road, located 47 kilometres from Maram Centre. The community still has a rudimentary social and economic life. It is set on a high rock in a lovely environment.

Mao is the final town in Manipur, bordering Nagaland state, 107 kilometres from Imphal and 28 kilometres from Kohima. It serves as the granary for the neighbouring towns as well as the state’s entrance.

Makhel is a holy area for many ethnic groupings since it is where they first established and moved. There are historical monuments such as I the holy Banyan trees, which are said to have sprung from the Naga mother’s burial. ii) The final monolith. iii) Trinomonolith (3 km south to Makhel). iv) The Sajouba dispersion tree (2 km north to Makhel). v) The stone of the hailstorm. vi) The village settlement stone vii) The fortunate stone, and so on.

The valley, a very lovely spot, may be accessed by walking from the border town of Mao. In the winter, one may see snowflakes, and in the spring, one can see Dzuko lily blossoms blooming.

Purul, located 19 kilometres from Maram on NH 39, is the birthplace of the traditional sports Toutou and wrestling. Toutou is traditionally performed during the New Year celebration, while wrestling is traditionally played on the eve of the Paoki paddy transplantation festival, which takes place in the first two weeks of May.

This mountain is one of Manipur’s tallest peaks. Only in the summer do people ascend the mountain. They climb the mountain in a group. People believe that the Pandavas came here in legendary times. There is a lengthy cave through which people pass.

A prominent tourist and picnic place in Sadu (near IchumKeirap hamlet), Senapati district, 27 kilometres (17 miles) from Imphal. Hundreds of tourists visit this location to appreciate the view of the waterfall and the natural beauty that surrounds it. Three falls, the first of which is around thirty metres high. On the other side, there is a new park or garden called ‘Agape park.’ KamlunTelien of IchumKeirap owns and manages it.

KoubruLaikha is a well-known Shiv Temple in Manipur. During Shivratri and Kanwad, there will be a swarm of people. People say that milk from Koubru Mountain arrives here. This temple is located on the Imphal River’s bank. The National Highway 2 runs through here.

WillongKhullen is a hamlet on the Maram-Peren Road, 37 kilometres (23 miles) from National Highway 2 (India) (Maram). It is home to a stone construction that resembles Stonehenge. Some of the tallest stones are seven metres in height and one metre in thickness. Yangkhullen is a settlement constructed on a steep incline in the hills.

Best Time to Visit in Senapati

Early summer is said to be the optimum time to visit this lovely location.

How to Reach Senapati

The nearest railway station is in Nagaland’s Dimapur town. Jiribam, a tiny town in Manipur 225 kilometres from Imphal, is another railhead.

National Highway No. 2 connects Senapati to Guwahati (Assam) and Dimapur (Nagaland) through road. People may also visit from Imphal by using the daily bus service from Imphal to Senapati, which runs on the same NH 2. Imphal is around 62 kilometres away.