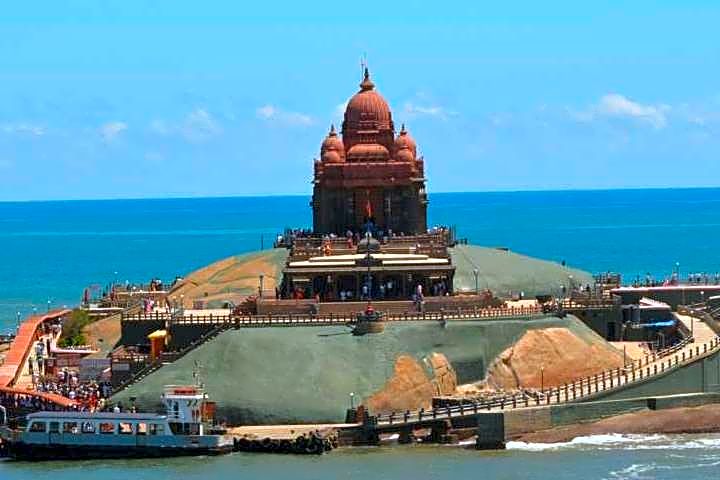 Best Places to Visit in Ramanathapuram

Ramanathapuram, also known as Ramnad or Mugavai, is one of Tamilnadu’s oldest cities and is famed for its connection to the Ramayanam. Rameswaram, Dr. APJ Abdul Kalam’s Memorial, Pambal Bridge, Devipattinam, Thiruppullani, Thiruuthirakosamangai, and Erwadi are some of the tourist attractions in Ramanathapuram District.

Ramanathapuram, also known as Ramnad or Mugavai, is one of Tamilnadu’s oldest towns and is well-known for its association with the Ramayana. Rameswaram, Dr. APJ Abdul Kalam’s Memorial, Pambal Bridge, Devipattinam, Thiruppullani, Thiruuthirakosamangai, and Erwadi are among the tourist attractions in Ramanathapuram District.

The Ramanathaswamy temple is a must-see for every traveller. The temple is equipped with a towering 38-metre ‘Gopuram’ and has a majestic, imposing structure, extensive corridors, and elegantly carved pillars. The temple itself was built by rulers since the 12th century, with Sethupathy Maravar beginning construction of the grand Ramanathaswamy temple, which boasts of the ‘Third Corridor,’ which was completed by his successor, Maravar – the longest one in Asia with a 197-metre span from East to West and a 133-metre span from South to North, the third largest in the world! Swamy Vivekananda is claimed to have performed prayers at this temple in 1897. It is also one of the twelve Jyothirlinga temples, where Shiva is worshipped as a Jyotirlingam.

According to mythology, Lord Rama dispatched Hunuman to carry a Lingam to worship at an opportune hour. Sita sculpted a lingam for Rama’s opportune devotion because Human’s arrival was delayed. Ramanathaswamy is the primary deity adored. Rama eventually consoled Hunuman by erecting the Lingam that he had brought a little north of Ramanatha, and ruled that Hunuman’s lingam shall take priority over Ramanatha in all honours.

The tranquil shallow water-spread of the sea, which is only 100 metres in front of the temple gopuram, is revered. A plunge in the Agnitheertham is thought to cleanse pilgrims of their sins. Pilgrims also value the various theerthams (holy water tanks) in and surrounding the temple.

The 2.2-kilometer-long bridge between Rameswaram Island and the mainland is India’s longest bridge built over a bay. Pamban Bridge is another name for it. Similarly, the railway SCISSORS bridge linking the island is notable for its one-of-a-kind opening to allow ships to pass across the water.

Dhanushkodi is the name given to the southernmost tip of Rameswaram Island. A typhoon wiped it out altogether in 1964. However, the Kothandaramasamy Temple is still standing. It is an 18-kilometer drive from Rameswaram. According to popular mythology, it is the location where Ravana’s brother Vibishana submitted to Rama. Dhanushkodi is a beautiful beach where you may do sea surfing.

Avul Pakir Jainulabdeen Abdul Kalam, also known as A. P. J. Abdul Kalam, was India’s 11th president. Kalam was born and raised in Rameswaram, where he later worked as a scientist for DRDO and ISRO. After passing away unexpectedly in Shillong on July 27, 2015, he was put to rest on July 30th in Pei Karumbu, Rameswaram. At the burial place, a monument has been erected. Inside the monument, one may examine chosen images, paintings, and small models of missiles, among other things. Rameswaram is less than a kilometre away from the monument.

Navashabashanam is another name for a beach village. Lord Rama is said to have worshipped Navagraha here. The nearby temple is dedicated to Devi, who is claimed to have killed the monster Mahishasura here. Hindus come here to perform religious ceremonies for their forebears.

Thiruppullani: The Vishnu Temple here, also known as Dharbasayanam, is dedicated to Lord Adi Jaganathaperumal. Ramanathapuram is 10.2 kilometres away. Lord Rama pleaded to the Samudraraja (God of the Ocean) to find a passage to Lanka. He performed a penance (thavam) while resting in Kusa grass (tharuppai), and this deed is recorded in Sanskrit as Dharbasayanam.

Uthirakosamangai is located 18 kilometres from Ramanathapuram. An old Siva temple exists, with the presiding deity carved in Emerald. The annual Arudhra festival, which takes place in December, draws a great number of believers.

Sultan Ibrahim Syed Aulia’s tomb, who arrived in Cannanore from Arabia over 800 years ago. Pilgrims from far-flung nations such as Sri Lanka, Malaysia, and Singapore are flocking to this mausoleum. The Santhanakoodu Festival, held in February and March, attracts thousands of pilgrims.

Best Time to Visit in Ramanathapuram

From October to April is the ideal season to visit Ramanathapuram.

How to Reach Ramanathapuram

Ramanathapuram has a railway station and is well connected by express and passenger trains to the country’s main cities.

There is a bus station in Ramanathapuram. From the major cities of Tamil Nadu, Mofussil buses, intra-city buses, and private Omni buses are available.

Ramanathapuram is around 518 KM away from Chennai, capital of Tamil Nadu.