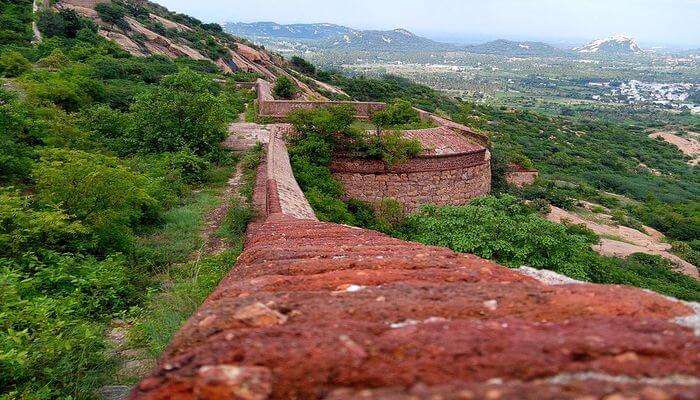 Salem is a city in Tamil Nadu, India, located on the Thirumanimuthar River. Colorful gopurams (towers) and gardens adorn the centuries-old Sugavaneswarar Temple, which is devoted to the Hindu god Shiva. Christ Church, a colonial-era Indo-Saracenic monument dedicated in 1875, is nearby. Tipu Sultan, the 18th-century ruler of the Kingdom of Mysore, is thought to have erected Jamiya Masjid. Salem, in the state of Tamil Nadu, is well known for its steel. People all throughout India utilise steel goods manufactured at the Salem Steel Plant. Salem is one of the state’s major cities and has a lot to offer visitors.

Best Places to Visit in Salem

The Muttal Village is located around 15 kilometres from Attur on the Attur-Mullaivadi route, with the waterfalls located about 3 kilometres distant in the Forest region. The high flow of water at the Aanaivari water falls near Muttal village in the Attur forest range, together with special facilities established by the Forest Department, has drawn a significant number of tourists from all over the Western regions.

The Archaeological Survey of India maintains the mediaeval fort at Sankagiri. It is 22 kilometres from Erode and 38 kilometres from Salem. The Vijayanagar Empire constructed the fort in the 15th century. It features 12 fort walls that were erected on and by the British. Kongu Nadu’s fort operated as a British tax storage facility. Tippu Sultan used it as a military station, and the British army later used it as well. This is due to the fact that only one side of the hill is climbable, while the others are too steep. This fort has a death well, granary, two masjiths, two Varadhraja Perumal temples, old British Army administrative buildings, and graves used by forces stationed at the fort. The British executed Dheeran Chinnamalai at this fort.

Yercaud is a hill station near Salem in the Eastern Ghats’ Servarayan range of hills (anglicised as Shevaroys). It is located at an elevation of 1515 metres (4969 feet) above sea level. The entire area of Yercaud Taluk, including the Reserve Forest, is 382.67 square kilometres. The Taluk as a whole is a Township. Yercaud also has a Panchayat Union, which has its headquarters at Yercaud and has the same jurisdiction as the Yercaud Taluk. The “Poor man’s Ooty” is well-known. Yercaud is one of India’s low-cost hill station destinations.

12 kilometres from the Salem Bus Station There is a small zoological park with natural and attractive environmental surroundings.

On the journey to Thiruchengode, it is 22 kilometres from Salem. Sundhara Kandhaswamy Kovil One of the district’s seven wealthiest temples.

This is a modest shrine dedicated to Land Muruga. It is located on Udayapatti Bye Pass Road, 6 kilometres from Salem.

This temple, which was erected during the reigns of the Chera monarchs, is located in Cheranadu. Malaimari is the name of the Goddess. It is situated in Fort.

It is 5 kilometres from Salem. Santhanandha Brahmendhra Saraswathi built this temple. Swami Adhya-vadhutha On the banks of Kannimar Odai, near the far northern extremity of the Jarugu hill.

Salem is 6 kilometres away. It boasts unique characteristics, such as the Sri Sathya Narayana Temple, which is located on a hill and is not found anyplace else in Tamil Nadu. Oothumalai, Seelanaikanpatti is the location.

One of the eighteen Tamil Siddhas is Kalangi Siddhar. This is the focus of one temple. Located 12 kilometres from Salem on the road to EIampillai on the hill of Kanja Malai.

The hotel is located in the middle of the city, near the fort. Known colloquially as “Kottai Perumal Koil.” There is also a temple dedicated to Azhagiri Perumal and Mariaman in the area. Timing: 6 am to 12 noon & 5 pm to 8 pm.

“Utthamachozha City,” a tiny town on the Thirumanimuthu Aru. Karapura Nathar is honoured at this temple.

Belur is the location of this temple. 35 kilometres from Salem. The variety of sculptures is well-known in this area.

In the year 1859, Appa Paithiyam Swami Temple was born in the zamin family of Karur Fort. On his Samadhi, a shrine has been constructed. Thousands of devotees flock to the temple on the day of Ashwini in the Tamil month of Thai to celebrate Swami’s birthday and Guru pooja. The temple is close to the railway station.

Aragalur is around 74 kilometres from Salem. It contains two magnificent temples. One is dedicated to Sri Kameswara, while the other is devoted to Karivaradaperumal. Thiyaganur hamlet, on the outskirts of Aragalur village, has a large Buddha statue.

10 kilometres from Salem. A suburb on the outskirts of Salem City. It is said to have been named after the city of Ayodhya. Lord Rama was born at this area. It has a lovely Vishnu temple dedicated to Kothandaramar. Timing: 7 am to 12 noon & 4 pm to 8 pm.

Mecheri is 33 kilometres from Salem and 20 kilometres from the Mettur Dam. The temple faces north and is located in the centre of Mecheri town, near the Salem-Dharmapuri route.

Tharamangalam is 30 kilometres from Salem. Rathi and Manmadhan statues may be found here. A lingam was recently dedicated for the benefit of the worshippers. Paathala Lingam is the name given to this lingam. If childless individuals pray, they will have children, and single people will marry.

The oldest mosque in Salem, located on the southern bank of the Thirumanimuthu Aru in the centre of the city, was purportedly erected by Tippu Sulthan, a Mysore reler. Who is claimed to have given prayers in this location.

Best Time to Visit in Salem

From October through February is the ideal season to visit Salem.

How to Reach Salem

The Salem Railway Division is 842 kilometres long, with railway tracks converging at the junction. As a result, it serves as an important transit point in southern India.