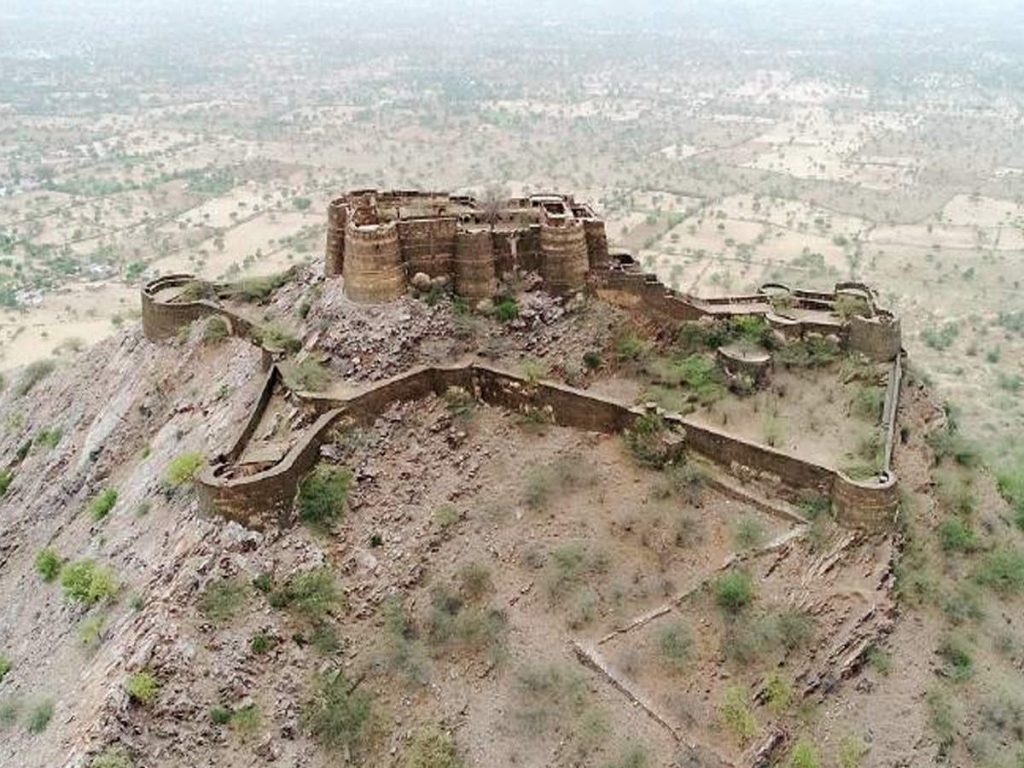 Sikar is a city in Rajasthan, India, located halfway between Agra and Churu on National Highway 52. The Shekhawati area encompasses it. The Sikar District’s administrative headquarters are located here. Sikar was once known as Nehrawati. It was Thikana Sikar’s capital city.

Best Places to Visit in Sikar

Khatushyamji is 65 kilometres from Sikar and 80 kilometres from Jaipur via Reengus. This small community is well-known for the Shyamji Temple, which was made of white marbles. Ponds for holy dips and the Shyam garden are both worth seeing.

The legend of this enormously popular Krishna temple dates back to the mediaeval Mahabharat, when Barbareek, the son of great Pandav brother Bhim and Nag Kanya (snake princess), demonstrated his great warrior skills, which pleased Lord Shiva, who bestowed his blessings in the form of Teen Ban (three arrows) and Agni Dev (fire god) gave him a bow, so that he could conquer all three worlds. He sat near the battle field to watch the legendary Mahabharat conflict, and in between his trysts with a disguised Lord Krishna, he became a key part of history and therefore the incarnation of Khatu Shyamji.

Lord Krishna requested the child Barbareek to offer his head for charity because the Pandavas’ victory would be impossible if he did not possess the Teen Bans. The youngster kept his pledge to Sheesh Dan as a genuine Kshatriya while also wishing to witness the conflict, and his wish was fulfilled. Later, his head was buried in Khatu, where the king had a dream that inspired him to build a temple and bury the head religiously. His believers are still benefited simply by saying his name from the bottom of their hearts with sincere Samarpan. The Khatu Shyamji Fair is held in February and March and features many forms of dance, art, and music. A three-day annual fair is also conducted between the Phalgun Sudi Dashmi and Dwadashi.

Hazrat Khwajah Haji Muhammad Najmuddin Sulaimani Chishti R.A., also known as Huzoor Najam Sirkar, is a well-known name among the Aulia-e-Ekram of the Sacred Land of Rajasthan (The Land of Hazrat Khwajah Gareeb Nawaz R.A. & Hazrat Sufi Hameeduddin Nagauri R.A. His Holy Shrine is located in Fatehpur Shekhawati, district Sikar, 165 kilometres from Jaipur and 55 kilometres from Sikar on National Highway 12. He was a key figure in spreading the Silsilah throughout the kingdom in the 13th century Hijri. There are a few examples in the history of Sufism in India, such as Huzoor Najam Sarkar, who served the religion, tableegh, and isha’at of the Silsilah-e-Chishtia and was a perfect fit of elm e Shari’ at and Tassawwuf.

The Harshnath temple, which dates from the 10th century, may be found in the Aravalli Hills near Sikar. It is an ancient place well-known for the remnants of the old Shiva Temple (10th Century). The location has the ruins of an old Shiva temple. The old temple’s architectural show is breathtaking. Shiv Singh of Sikar built another Shiva temple near the Harshnath temple in the 18th century.

Jeenmata is a religiously significant settlement in the Sikar district. It is located 29 kilometres south of the town of Sikar. Jeen Mata is commemorated by an ancient temple (Goddess of Power). Jeenmata’s hallowed shrine is thought to be a thousand years old. Millions of worshippers go here for a colourful festival conducted twice a year in the Hindu months of Chaitra and Ashvin during Navratri. A huge number of dharamshalas are available to accommodate a big number of guests. Her brother Harsh Bhairav nath’s temple is located on the top of the hill, near to this shrine.

Laxmangarh is a prominent tourist destination noted for its Laxmangarh Fort. Laxman Singh, Rao Raja of Sikar, erected the fort on the hill in 1862. The basis of Laxmangarh town is thought to have been built on the planning scheme of Jaipur, the capital city. The town’s architecture are embellished with fresco murals in the Shekhawati style.

Fatehpur is a town in the district of Sikar. It is located in the Shekhawati area. It is located on National Highway 11 between Jaipur and Bikaner. Fatehpur is known for its large havelis with frescoes, which are a Shekhawati region specialty. A number of bawdis (water bodies) are also popular tourist destinations.

Main attraction of Fatehpur are :-

Ganeshwar is a hamlet in the Sikar District’s Neem Ka Thana Tehsil. Ganeshwar is both a pilgrimage and a pleasant picnic location. The hot sulphur springs are a big appeal here. It is thought that a spring soak treats skin ailments. It is a historic place. Excavations in the Ganeshwar region have uncovered the ruins of a 4000 year old civilization.

Ganeshwar was unearthed in 1977, according to historian Ratan Lal Mishra. Red earthenware with black portraits was discovered here. The time period was considered to be between 2500 and 2000 BC. There were about a thousand copper pieces discovered there. Ganeshwar is near the copper mines in the Sikar-Jhunjhunu section of Rajasthan’s Khetri copper belt. Copper items discovered during excavations included arrowheads, spearheads, fish hooks, bangles, and chisels. Ganeshwar culture, with its microliths and other stone tools, may be dated to the pre-Harappan period. Ganeshwar was primarily responsible for supplying copper artefacts to Harappa.

The best months to visit Sikar are from October through March. Sikar, located in Rajasthan, has extremely hot and semi-arid summers with temperatures reaching 45 to 50 degrees Celsius. As the temperature begins to fall in October, the weather becomes good enough to enable tourist excursions.

How to Reach Sikar

Jaipur International Airport, which serves Delhi, Mumbai, Hyderabad, Bangalore, Pune, Indore, Ahmedabad, Chennai, Guwahati, Kolkata, Udaipur, Dubai, Sharjah, and Muscat, is the closest airport to Sikar city. A new airport is being proposed near Sikar in Shahpura (a town in the Jaipur district). A tiny air strip in Tarpura village is also accessible for landing small private planes (against payment).

Roads link Sikar to Delhi, Chandigarh, Surat, Jaipur, Ajmer, Bikaner, and all of Rajasthan’s main cities. The city’s core is bisected by the National Highway NH-11. Sikar is connected to Jaipur and Bikaner through NH-11. The western freight corridor, which is the central government’s primary initiative, will also run through Sikar. Sikar is also served by the Kotputali Kuchaman Mega Highway.