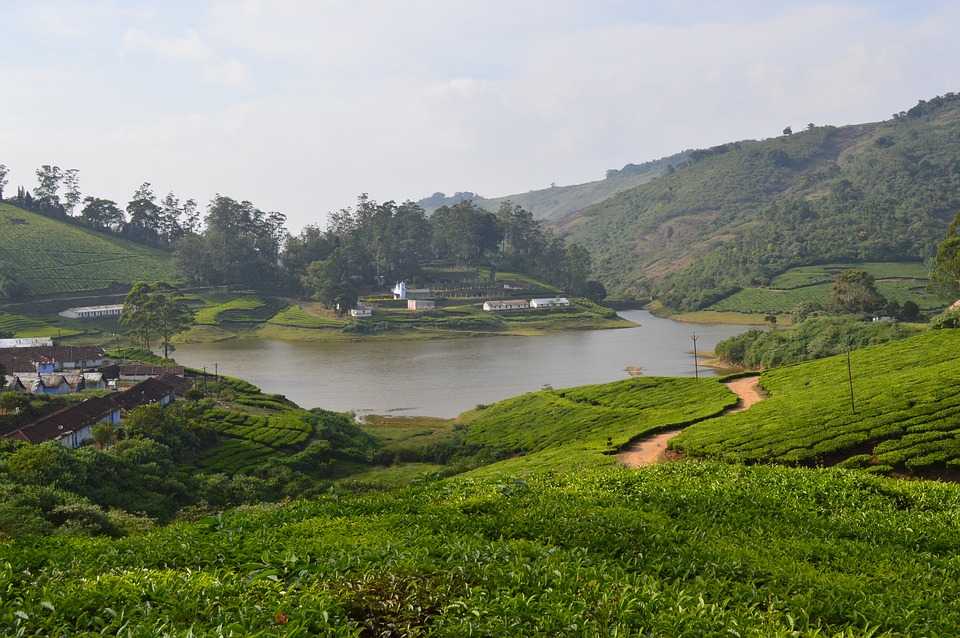 Theni is a hilly town in the state of Tamil Nadu. It is the administrative centre of the Theni district. It is 70 kilometres from Madurai. Garlic, cotton, cardamom, grapes, mango, and chilli are among the commodities traded on a big scale. Theni district is famed for its Pongal celebrations, which are regarded to be one of Tamil Nadu’s most important festivals. During the Pongal festival, Pallavarayanpatti, Ayyampatti, and Pudupatti are famed for their Jallikattu.

Best Places to Visit in Theni

Colonel John Pennycuick’s memorial was unveiled in Lower Camp, 8 kilometres from Gudalur in Theni District. In December 2013, a new bus station in Theni was named after him.

Megamalai is also known as “Paccha Kumachi,” which means “green mountain,” and is located at an elevation of 1500 metres above sea level. This was famously known as High Wavy Mountain during the British time. Because the mountain is usually shrouded in clouds, the locals refer to it as Megamalai. (50 kilometres from Theni to Megamalai)

The renowned temple here is Gowmariamman Temple, a 14th century temple erected by King Veerapandi of the Pandya Dynasty. After a genuine and committed prayer to Gowmariamman and Kanneeswara-mudaiyar, the monarch is said to have regained his lost sight. The Mullai River, a perennial source of water, passes near the shrine. (8 kilometres from Theni to Veerapandi)

The Vaigai Dam The dam, which stands 111 feet tall and spans the magnificent River Vaigai at Andipatti, can hold 71 feet of water. It is 7 kilometres from Andipatti and 25 kilometres from Theni. This dam was built on January 21, 1959.

Suruli waterfall is located in the Theni District of Tamil Nadu, India, 56 kilometres from Theni and 10 kilometres from Cumbum. It has two stages of cascading water. The Suruli River, which feeds the falls, flows from the Meghamalai mountain range.

Kuchanoor has a temple dedicated to Saneeswara Bhagawan (www.kuchanursaneeswarar.tnhrce.in,Department of Tourism, Culture, and Religious Endowments of Tamil Nadu). The Lord appears in swayambhu (self-appearance) form, and the town’s name is derived from Kubjan, one of Shani’s names (Kubjanoor). The perennial river Surabi runs in front of this temple, carrying the waters of the Periyar and Suruliyaru rivers. In Kuchanur, there are diverse religious individuals such as Hindus and Muslims, as well as distinct communities such as Thevars, Pillais, and Nayakars. There is a separate temple for the guru that faces north, hence this temple is known as the vadaguru temple. There is a Hanuman temple where there is a ganesh with five heads. The Surubi River is filled with water all year.

It is located 54 kilometres from Theni, near Kombaithozhu Village. The Megamalai River is the source of these falls. This is commonly referred to as Chinna Suruli.

Mangala Devi Kannagi temple is an ancient temple in Kerala’s Idukki district, bordering Tamil Nadu, approximately 7 kilometres from Pazhiyankudi in Theni district and 15 kilometres from Thekkady in Idukki district. Cheran Chenguttuvan, the monarch of ancient Tamilakam, built the Kannagi temple in Vannathiparai circa 2000 years ago, naming it ‘Kannagi Kottam’ or ‘Mangaladevi Kannagi temple’ and performing regular pujas. It is located at an elevation of approximately 1,337 m (4,386 ft) above mean sea level. It is surrounded by beautiful foliage and is closed all year save for the Chitra Pournami celebration.  Tourists can still visit it at other times by obtaining a special letter from the forest ranger. The vista from the temple grounds is stunning, with views of the eastern ghats and villages in the neighbouring state of Tamil Nadu.

Kurangani is located in the Western Ghats at an elevation of 400 feet to 6500 feet. Endogenous spices tourism is being promoted as a new tourist paradigm.

Kolukkumalai is the world’s tallest tea plantation. It is located on a rocky ledge above Kurangani. The Kurangani Region as a whole is a veritable treasure trove of wildlife. The nearest airport is at Madurai, which is 106 kilometres distant from Kurangani. Kurangani is located 16 kilometres from Bodinayakanur.

Kumbakkarai Falls are a lesser-known waterfall in the Kodaikanal Hills’ foothills. They are located in the Theni district, 9 kilometres from Periyakulam, at 10°10′48′′N 77°31′50′′E.

Best Time to Visit in Theni

The greatest time to visit Theni is during the winter, when the weather is mild and ideal for tourists.

How to Reach Theni