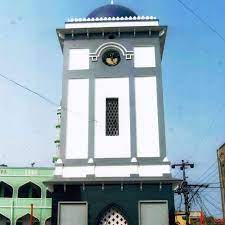 Jagtial is a city in Telangana, India, and the district headquarters of the Jagtial district. It has a 293 metre average elevation. It’s roughly 190 kilometres north of Hyderabad, the state capital. On the map of Jagital Tourism, the Jagtial fort is the bright light. The fort was built in the 17th century and is still standing today. This magnificent star-shaped fort, which is surrounded by water, is thought to have been designed and built by two European engineers, Tal and Jack.

Best Places to Visit in Jagtial

Best Time to Visit in Jagtial

How to Reach Jagtial

Reach to Jagital from Hyderabad by train :

Reach Jagital from Hyderabad By Air:

Regular buses connect kothagudem with the rest of the country’s major cities.