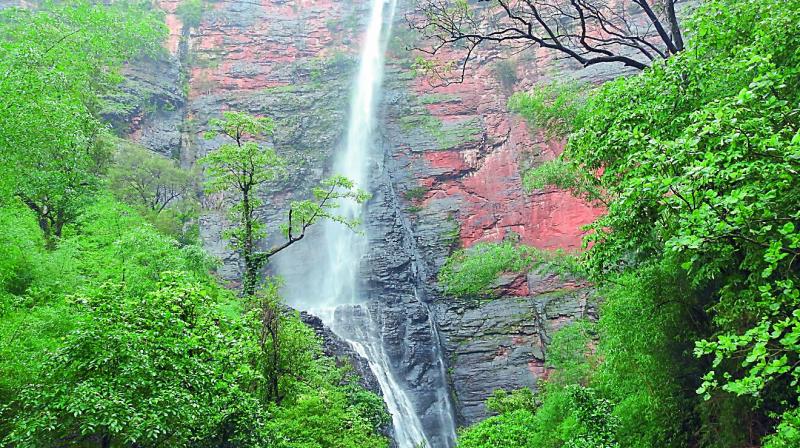 Jayashankar Bhupalpally is a district in the Telangana state of India. Bhupalpally is home to the district headquarters. Prior to the reorganisation of districts in the state, it was a part of the Warangal and Karimnagar districts.

The Ghanpur Temples, known locally as “Kota Gullu,” were built during the reign of King Ganapathi deva during the Kakatiya period. The architecture of temples in south India is well renowned around the world. Ghanpur Temples are a series of exquisite temples found in Ghanpur in JayashankarBhupalpallyDistrict in Telangana that depict these great architectural talents.

Kaleshwaram is a town in Telangana that borders Maharashtra. The town is well-known for the historic and well-known KaleshwaraMukteshwara Swamy Temple. This respected temple is dedicated to the worship of Lord Shiva, the all-powerful deity. The presence of two Lingams holding on to a single pedestal, known as the Panavattam, is the most recognisable feature of this ancient temple. The temple is named KaleshwaraMukteswara Swamy mandiram owing to the presence of Lord Shiva, also known as Mukteshwara, and Lord Yama, also known as Kaleshwar.

Temple of Nainpaka, The temple, which is said to have been erected in the 15th or 16th century on a pink stone rock around 25 kilometres from Jayashankar Bhupalpally, is distinctive in architecture and is billed as the only one in southern India. NAINPAKATEMPLE This lesser-known rock-cut temple, a precursor of Sarvatobhadra architecture, with four deities carved out on a protruding boulder, is a sort of revelation. Inside the sanctum sanctorum, the sculptures of Yoga Narasimha Swamy, Kaleeya Venugopala Swamy, Sri Rama, and Balarama, one on each side of east, south, north, and west, on a boulder that is part of the pink stone bedrock on which the temple is built, are a visual feast. The temple is a marvel of Sarvatobhadra construction, with four functioning entrances on cardinal directions that can be visited from all sides.

The ornately carved 50-foot gopuram (towervimana )’s (upper half) was made of bricks, while the Adhishtana (foundation) was built with pink stones cut from the bedrock.

Barragekaleshwaram The Pranhita and Godavari rivers meet at the confluence of the Pranhita and Godavari rivers, which is now the world’s largest multi-stage lift irrigation project. The Pranahita River is a confluence of many minor tributaries, including the Wardha, Painganga, and Wainganga rivers, that together constitute the subcontinent’s seventh-largest drainage basin, with an estimated annual flow of more than 6,427,900 acre feet (7,930 cubic hectometres) or 280 TMC. It is mostly unexplored since it runs primarily through deep forests and other environmentally sensitive areas such as animal sanctuaries.

The best time to visit Jayashankar Bhupalpally is between October and April.

How to Reach Jayashankar Bhupalpally

Jayashankar Bhupalpally is accessible through train from Warangal, which is well connected to India’s main cities. On the Hyderabad-New Delhi and Chennai-Kolkata routes, Warangal is an important railway junction.