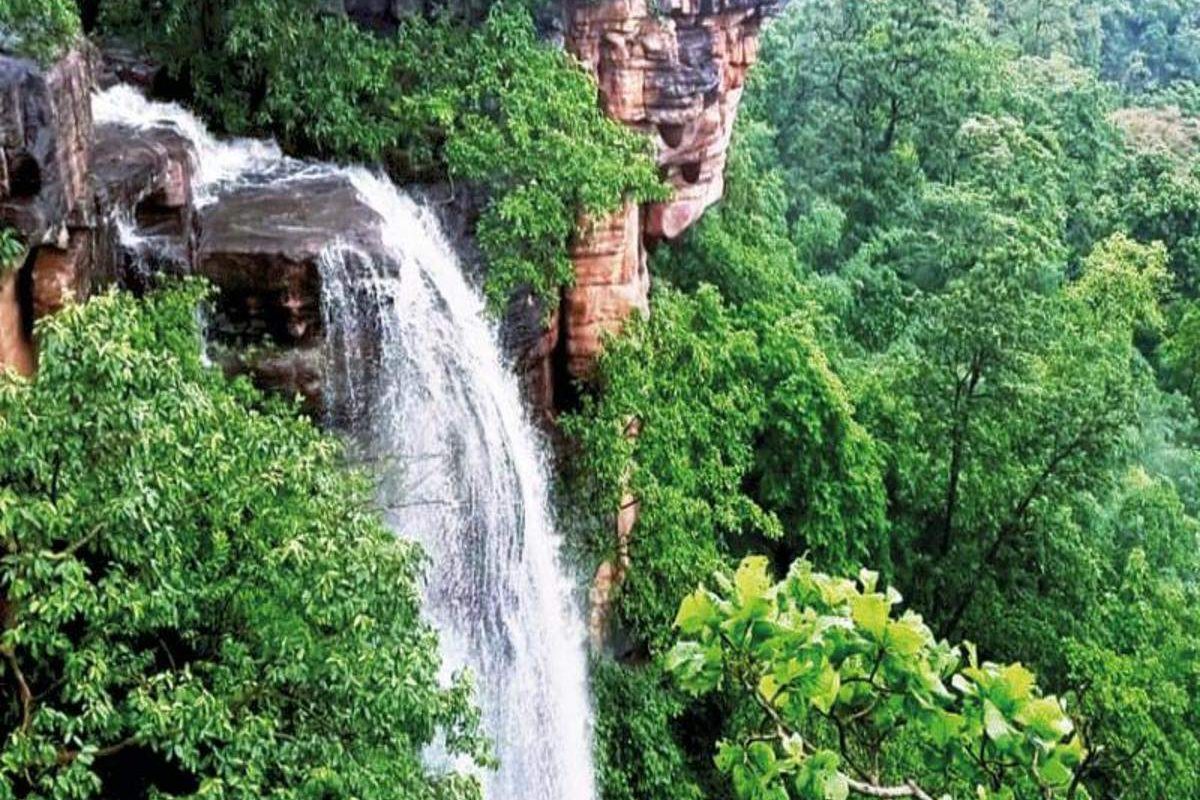 Kumuram Bheem is a district in the Telangana state of India. Its district headquarters are in the town of Asifabad. Komaram Bheem, a Gond martyr, was the inspiration for the name

Every year, the historic Sri Balaji Venkateshwara Swamy Devasthanam of Gangapur village in Rebbanamandal is spruced up for the three-day annual Jathara.

The Balaji temple is one of the district’s most important pilgrimage sites, and it is said to have been erected in the 13th century on the lovely beaches of a watercourse on the outskirts of Gangapur. Devotees attend the temple to worship the god on the full moon day of the sacred month of Magha in the Hindu calendar year, which is five kilometres distant from the mandalcenter.

MummadiPothaji, a devout follower of Lord Venkateswara Swamy, is said to have visited Tirumala every year to offer prayers. Due to an illness, Pothaji was unable to attend Tirumala one year, and his old age was dejected as a result of his inability to participate in the pilgrimage. Lord Balaji then appeared in Pothaji’s dream and told him that if he digs a hillock, he (Lord) may be seen within. As a result, Pothaji used a crowbar to create a hole in the stony hilltop and eventually discovered an idol of the Lord. On every full moon day of Magha, he would worship the idol and offer special prayers.

The Utnoor-Asifabad route, a 6 km long Kerameri ghat road in Keramerimandal that includes the Kerameri ghats, is one of the district’s oldest, passing through its tribal core. The Kerameri hills, as seen from the famed Kerameri ghat road, provide a stunning picture of the shifting colours of the terrain layer by layer. As the eye progresses upwards, the dark green of the agricultural fields gives way to the vivid yellow of the drying leaves. The mountain range, with a prominent blue at the top, completes the scene and casts a spell on the viewer. Descending the ghat path gets one closer to the groups of changing-color trees.

The best time to visit Bheem Asifabad District is when it is raining.

How to Reach Komaram Bheem Asifabad

Regular trains link Sirpur Kagazngar to the rest of the country’s major cities.

Buses to Asifabad run frequently from all of the country’s main cities. Bus Station(s): Asifabad