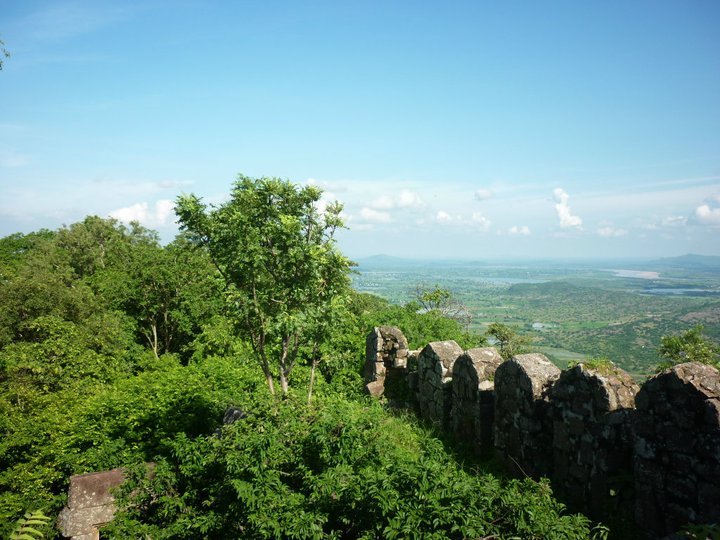 Peddapalli is a district in Telangana, India. It is located in the northern part of the state. Peddapalli is where the organization’s administrative headquarters are located. The district is bordered by the districts of Mancherial, Karimnagar, Jagtial, and Jayashankar Bhupalpally.

Best Places to Visit in Peddapalli

Every day, hundreds of people flock to Sabitham hamlet near Peddapalli to see the waterfall. The waterfall in Sabhitam village in Peddapallimandal, located in a dense forest and encircled by hillocks, is attracting large visitors this monsoon season but is begging for attention from district officials. From July to November, when the rains batter the region, this modest waterfall in this tiny town located approximately 415 kilometres from the district headquarters on the Peddapalli-Manthani route attracts a large number of people. The Gauri Gundala, as the locals name it, is formed by spilling water from the Gattusingaram hillocks.

The Buddhist monastery complex in Vadkapur and Dhulikatta villages, located on the right and left banks of the Hussainivagu, approximately 30 kilometres from Karimnagar. Excavations uncovered a Buddhist stupa, fortress walls, and other structures. One of the labels carved in Brahmi over a slab in this Stupa dates from the 2nd century B.C. The Stupa belonged to the Hinayana branch of Buddhism, in which anthropomorphic depictions of Buddha were forbidden. In this image, Buddha is represented with symbols such as his Chatra, Padukas, throne with Swastika, Pillar of Fire, and so on.

Beside Begumpet hamlet in Kamanpurmandal, near the PWD road leading to Manthani, is a fort atop the Ramagiri hillocks. This well-known stone fort with multiple bastions is situated across a huge region of several kilometres. The Ramagiri hill, with its enormous size, is noted for its magnificent natural surroundings, which include rare plant species and a variety of medicinal roots. From the beginning until the end of the AsafJahis era, the fort played an essential role.

Best Time to Visit in Peddapalli

From late January to mid-March is the finest time of year to visit Peddapalli for hot-weather activities.

How to Reach Peddapalli

Regular trains link Pedapalli to the rest of the country’s major cities. From Warangal to Hydrabad, there’s a lot to see.

The capital city of Telangana, Hyderabad, is about 240 kilometres away from Peddapalli. The city is primarily accessible by car.