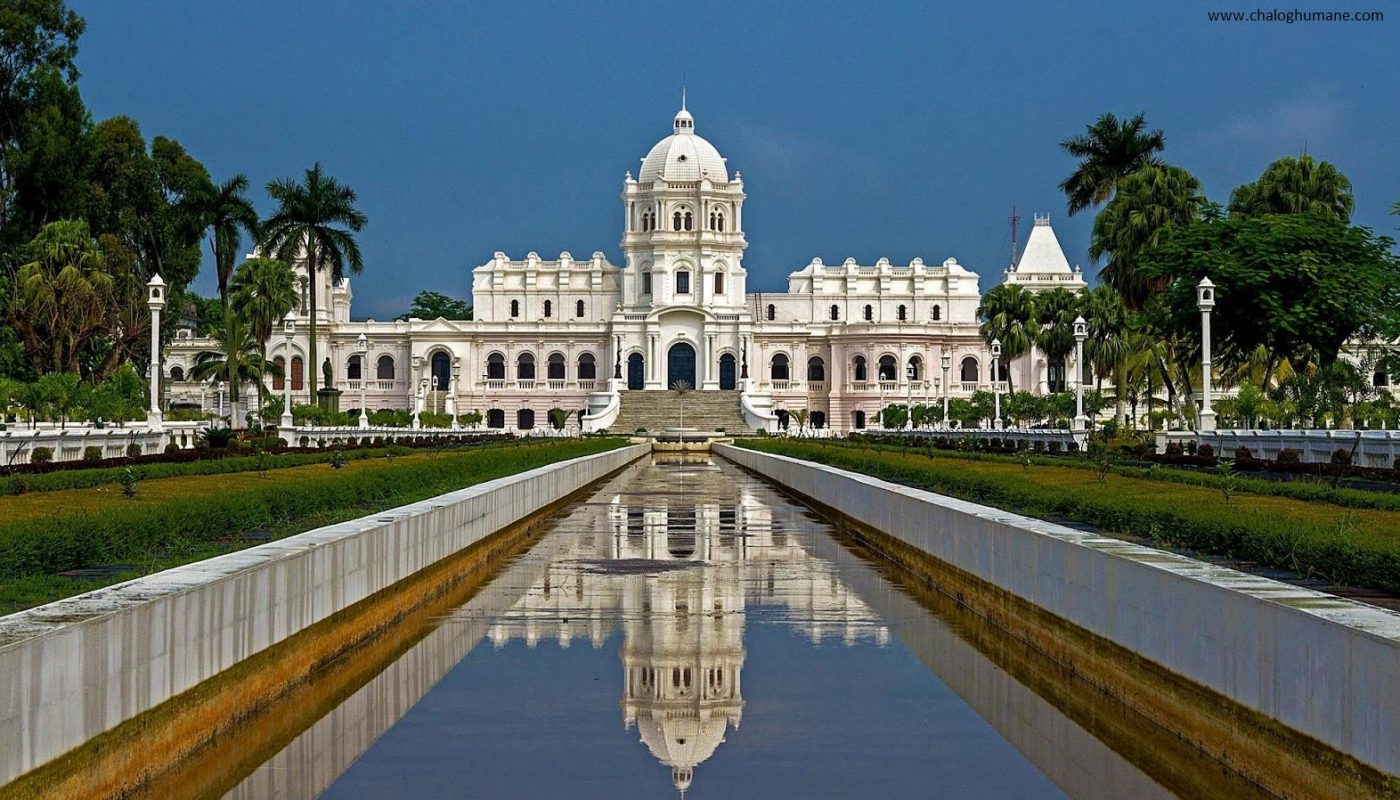 Tripura’s administrative district of West Tripura is located in India’s state of Tripura. Agartala is home to the district headquarters.

This temple is well-known not just for its pilgrims, but also for its architectural feats, such as its octagonal base and the impressive pradhkshin patha that circles the shrine. Square and pyramidal cones crown the pillars.

Fourteen Goddess Temple is located about 14 kilometres from Agartala in an area known as Old Agartala. In response to the ongoing conflict with Shamser Gazi, Maharaja Krishna Manikya relocated the capital from Udaipur to Old Agartala. It remained the capital until it was relocated to Agartala. Every year, during the month of July, a Kharchi festival is held at the revered 14 goddess shrine, and hundreds of pilgrims and devotees attend. According to local legend, anyone who visits the Tripura Fourteen Goddess Temple once will return to Agartala fourteen times.

This royal mansion, which sits on one square kilometre in the capital city of Agartala, was built by Maharaja Radha Kishore Manikya between 1899 and 1901. It is a two-story mansion with varied architecture and three towering domes, the central one being 86 feet tall. The stunning tile floor, arching hardwood ceiling, and exquisitely made doors stand out. The palace is surrounded by massive Mughal-style gardens, which are adorned with pools, gardens, and tiled flooring. Its attractiveness has also been enhanced by flood lighting and fountains. The exquisite tile flooring and ceiling of the Chinese chamber, made by artists transported from China, of the palace that today houses the State Legislative Assembly may offer some notion of the wealth and splendour of the building’s original location. Its foreyard has recently been embellished with a beautiful musical fountain.

From March through July, the temperature fluctuates from 24°C to 36°C. In most cases, it is accompanied with rain in the district. West Tripura is a great spot to visit from September to April. During the months of August to October, West Tripura receives enough rainfall.

How to Reach West Tripura

Three major airlines, including Air India, operate daily aircraft service from and to India’s major cities. Agartala Airport (IATA: IXA, ICAO: VEAT) is a domestic airport in Agartala, India. It is located 12 kilometres (7 miles) northwest of the city. The Airports Authority of India is in charge of it (AAI). After Guwahati, it is the second busiest airport in northeast India, and it is slated to be converted to an international airport. Bir Bikram Kishore Manikya Bahadur, the Maharaja of Tripura, is now the name of the airport.

Agartala railway station is located in Tripura, India, 5.5 kilometres (2.96 nautical miles) from Agartala. It is the second capital city in Northeast India (after Guwahati, Assam) to be linked to the country’s railway system, and it is also the first state capital of independent India to be linked to a train network. Before 2015, a metre gauge rail connected the 413-kilometer (257-mile) route to Lumding, but following the gauge conversion in 2016, the track connected straight to Guwahati and the rest of India.

Agartala is well connected to the rest of the Indian state of Tripura via road. National Highway 44 connects Agartala to Assam (749 km), whereas NH44 and NH44A link other significant towns such as Silchar (460 km), Guwahati (785 km), Shillong (686 km), Dharmanagar (173 km), and Aizawl (293 km). The city’s numerous forms of transportation include bus service, Jeeps, Cabs, and SUVs.