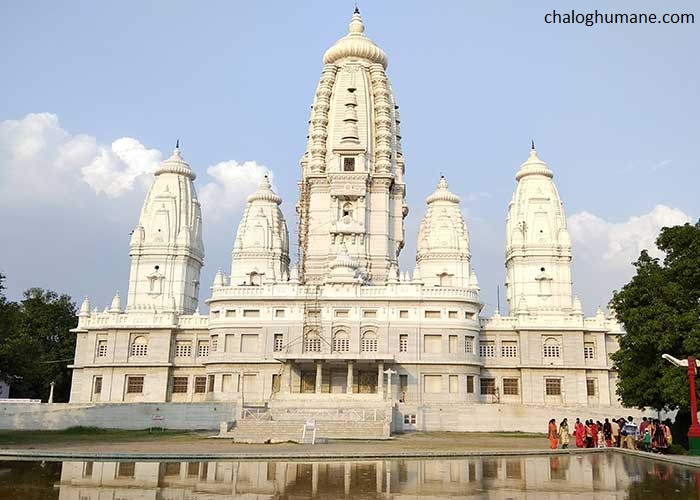 Kanpur, also known as Cawnpore, is a major city in the Indian state of Uttar Pradesh. Kanpur, which was founded in 1803, grew to be one of British India’s most significant commercial and military centres.

Best Places to Visit in Kanpur

This temple is dedicated to Lord Jagannath. This temple is located in the village of Benhta, three kilometres from the headquarters of the Kanpur district’s Bhiatargaon Block. It is reported that seven days before rain, several drops of rain begin to drip on the temple’s roof.

Despite several efforts, archaeological specialists were unable to determine the actual period of the temple’s construction and mystery, despite extensive studies. The temple’s most recent repair was completed in the 11th century, according to historical records.

This is Kanpur’s best and most well-known playground. International cricket matches are staged here, and the pitch is regarded as one of the greatest in the world. Green Park Stadium is a 32,000-seat floodlit multi-purpose stadium in Kanpur, India, that is home to the Uttar Pradesh cricket team. The stadium is managed by the Sports Department of Uttar Pradesh. It is Uttar Pradesh’s only international cricket venue, and it has held international cricket matches in both Test and One Day formats on a regular basis. The stadium hosted the Indian team’s 500th test match. It also hosted four Vivo IPL matches, on May 19 and 21, 2016, and May 10 and 13, 2017. It had held 22 Tests, 14 ODIs, and one T20I as of August 19, 2017.

It is Kanpur’s largest park, formerly known as Memorial Well Garden, and is located on the Mall Road in the city’s core. It was renamed after Nana Rao Peshwa, the hero of the first War of Independence in 1857, after independence. It is beautifully laid out and includes a plant nursery.

Kanpur Memorial Church, also known as All Soul’s Cathedral, is a magnificent architectural building built in 1875 to memorialise the bravery and valour of British troops who lost their lives during the violent Sepoy Mutiny of 1857 in Kanpur, Uttar Pradesh. Walter Granville, a former East Bengal Railway architect, was responsible for the church’s beautiful Lombardy Gothic architecture. The structure is composed of vivid red bricks with multi-colored accents.

The interior of the chapel contains mournful memorial tables, epitaphs, and monuments that pay homage to those warriors who gave their life for their country. They also recount the crushed hopes and dreams of the young, whose lives were cut short before they had even begun. The Kanpur Memorial Church commemorates the tragic massacre of the Kanpur Barracks and the treachery of patriotic Nana Sahib, dubbed “The Butcher of Cawnpore.” The memorial garden is housed in a distinct enclosure near the church’s eastern end, divided from the main building by an artistically carved and strikingly beautiful Gothic screen.

A lovely angel statue made by the legendary Baron Carlo Marochetti stands in the centre of the church. The post-independence statue and screen were moved here from Kanpur’s famous Municipal Gardens beside the Bibighar well. Some of the ancient graves contain remarkable inscriptions. A visit to the gorgeous Kanpur Memorial Church confronts visitors with the dismal reality of India’s war for independence, a battle that resulted in massive bloodshed on both sides.

This magnificent temple is a one-of-a-kind combination of antique and modern architecture. The even-level roofs of mandaps have ample ventilation for appropriate light and air. The major shrine at the temple is dedicated to Shri Radhakrishna, while the others house idols of Shri Laxminarayan, Shri Ardhanarishwar, Shri Narmadeshwar, and Shri Hanuman.

Bhitargaon Temple is a terraced brick structure with a terracotta panel in front. It is the oldest extant terracotta Hindu shrine with a roof and a towering Sikhara, built in the sixth century under the Gupta Empire, but its upper chamber did experience significant damage in the 18th century.

The temple has a square design with double-recessed corners and faces east. Garbhagriha is crowned by a lofty pyramidal spire. Terracotta panels representing aquatic monsters, Shiva and Vishnu, and other deities adorn the walls. When Cunningham first visited the site, the ruins of the porch and the ardhamandapa, which had since collapsed, were still evident.

Best Time to Visit in Kanpur

The months of October to March are ideal for visiting Kanpur and avoiding foggy weather. Spring, which lasts from February through March, is also pleasant due to the breezy air. Kanpur’s winter lasts from November to January, and the city is blanketed in dense fog.

How to Reach Kanpur

Regular flights link Kanpur to the rest of the country’s major cities.

Kanpur is easily accessible by train from all of the country’s main cities.

Kanpur is served by frequent buses from all of the country’s main cities.