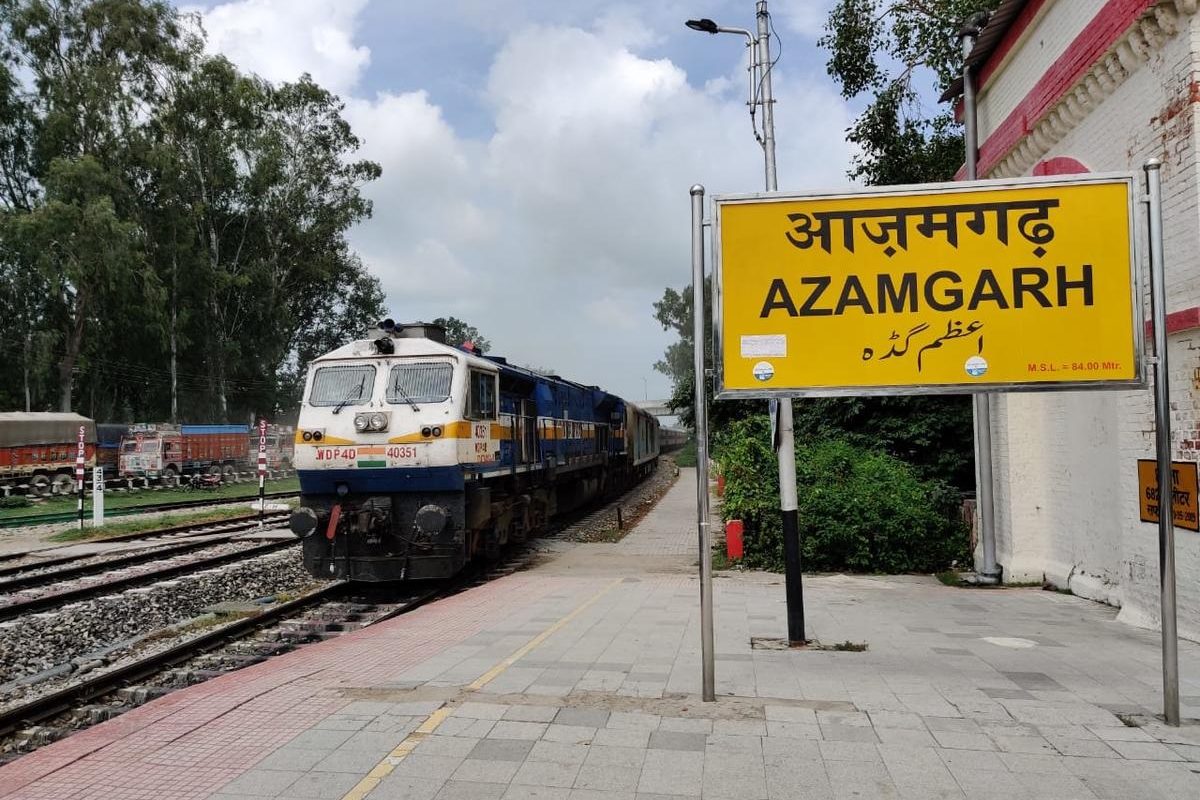 Azamgarh is an Uttar Pradesh Indian city. It is the Azamgarh division headquarters which includes Ballia, Mau and Azamgarh. On the bank of the Tamsa River stands Azamgarh. It lies 268 kilometres east of Lucknow state capital.

Best Places to Visit in Azamgarh

In the Shiv Lings constructed in the country and overseas, where Baba Baijnath Dham of Baba Vishwanatha of Kashi and the Baba Baijnath Dham of Devghar are deemed special significance of Baba Pashupati Nath of Kathmandu, while Baba Bhavannath devotion is highly essential for the people of Azamgarh. It is believed that Baba Bhananthnagar provides relief to his devotees by performing Darshan-worshiping at the temple located on the city’s western outskirts. Perhaps this is why the inhabitants of the city and the neighbouring areas attend any Shiva worship celebration.

During Mahashivaratri or the month of Sawan, people make a point of paying a visit to Baba. Even devotees from this region who travel to Baba Dham conduct Jalabhishek before departing. It is stated that Lord Shiva’s worship is incomplete unless he comes here after performing Darshan-worship in all the pagolins constructed inside the city limits. People think that because of the name, salvation from any crisis leads to emancipation, and that Baba Bhanananath protects his disciples for a year.

On the day of Shivratri, there is also a large fair, and a Shiva marriage is held according to tradition. In the month of Savan, there is everyday traffic of devotees, but on Monday, there is a large crowd. All four sanctum doors are packed with devotees, and due to the door’s shortening, worshippers must wait in long queues for hours. Following the completion of the blessings here, people offer Kadahi to Baba and wish him happiness and prosperity throughout the year. There is no one who can provide precise information regarding the establishment of this old Shiva temple, but those who live nearby believe it sheds a lot of light on its past.

It is reported that hundreds of years ago, an ancient saint named Bhannathnath used to come here to feed his cow. A Shiva Ling was built here during his reign. On one side, his cow was grazing, and on the other, he sat and meditated on Shiva. It is stated that this location was named Bhananthnath after Baba, who grazed the same cow. It is reported that the foundation of the temple was set on October 4, 1951, and that it was completed seven years later on December 13, 1958. All facilities are now available for worshippers here. Overall, Baba’s splendour is not restricted to the city, but people from all over the district are flocking to seek Baba’s blessings.

Its original name was Qasimabad, and it was reported to have fallen into decay until being resettled in the name of Raja Mubarak, a Sufi of Manikpur Karaa, by a sheikh landholder. The region is well-known for the production of Benarasi saris, which are also quite popular and exported around the world. Among the historic structures are Thakurji’s temple and Raja Sahib’s mosque.

It is 36 kilometres east-south from the district headquarters. The monuments of the fort erected by King Haribans and the massive pond are well-known in this area. Every year, a religious fair is held on the Madilaha ponds, which are located 3 kilometres from the tehsil headquarter.

This location is 6 kilometres north of the Phulpur tehsil headquarter, on the sangam of the Tons and Majhuee rivers. It is notable for the Ashram of Durvasa Rishi, where thousands of students used to come to learn about the famed fair conducted every year on Kartik Purnima.

This location is located on the Tons and Kunwar rivers’ sangam, 3 kilometres south-west of Nijambad tehsil headquarters. There is a Dattatreya Rishi Ashram where people used to come to gain knowledge and calm. On the day of Shivratri, a fair is held.

Here, Mahatma Govind Sahab worshipped. This location is 6 kilometres away from the Atraulia Block. On the day of Agahan sudi Dashmi, a large fair is held in which cattle such as cows, bulls, buffaloes, camels, horses, donkeys, and elephants are sold and bought. The fair lasts around one month.

This location is in the Muhammadpur development block. According to legend, Raja Janmejai organised a Yagya to exterminate all snakes on the planet. This location’s temple and ponds are well-known; visitors flock here to take a religious bath in the pond.

How to Reach Azamgarh

Azamgarh lies around 300 kilometres east of Lucknow Uttar Pradesh Capital with its two main highways, one National Highway 24 from Gorakhpur (101 km) to Varanarsi (110 km) and two State Highway 34 from Ballia (120 km). The districts — Mau to the east, Gorakhpur to the north, Jaunpur to the West and Gazipur to the south – surround it.

Azamgarh is well connected by road and Railway.

Online Bus ticket reservation can be book on UPSRTC