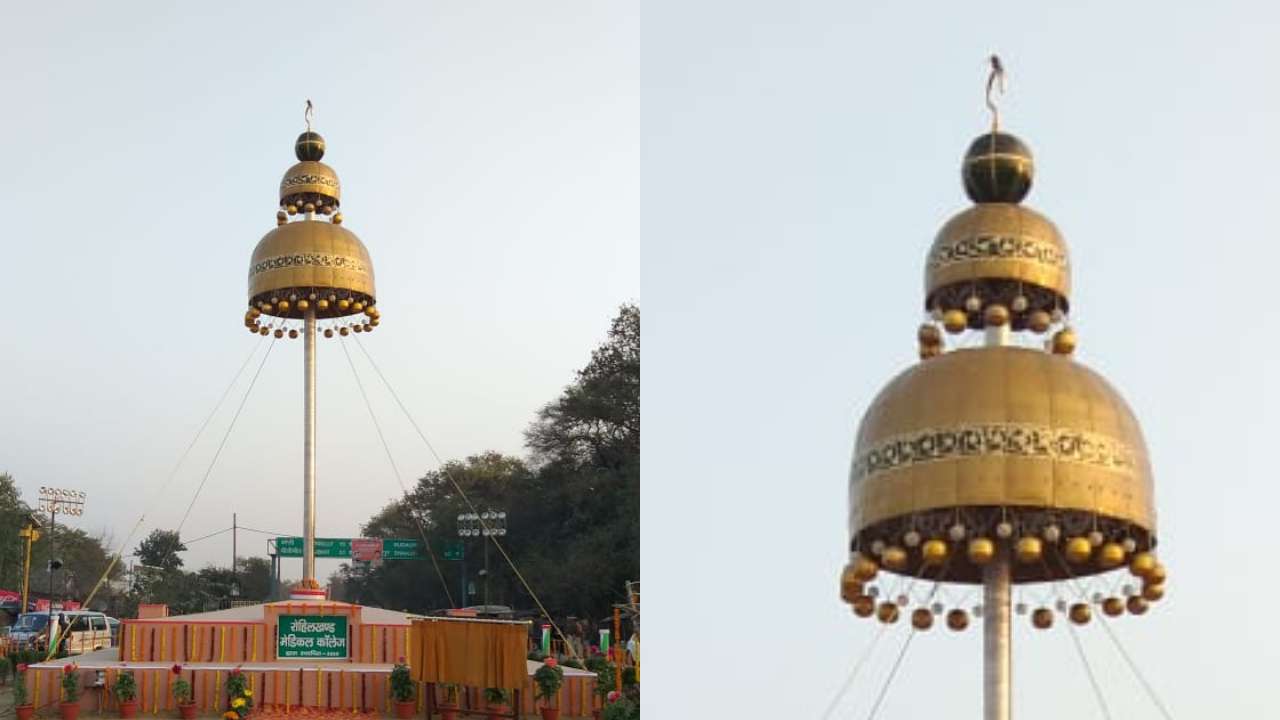 In Indian state of Uttar Pradesh, Bareilly is a town in Bareilly district. It is the centre of the divide of Bareilly and Rohilkhand’s geographical area. The town lies 252 km north-west of Lucknow and 250 km east of New Delhi, the national capital.

Bareilly is the entrance to Kumaon Hills and the midway between Lucknow and New Delhi on the National Highway. There is a great collection of artefacts and manuscripts available at the Panchala Museum in the University Campus and at the Army Service Corps in Bareilly Cantonment.

This is a city of temples, with famous temples including the Hari Mandir Temple, the ISKCON Temple, the Shri Dauji Ka Mandir Temple, the Shri Bankey Bihari Temple and the Lakshmi Naraian Temple. The Dargah Ala Hazrat, Imam Ahmed Raza Khan, Dargah Hazrat, Shah Shafat Mijan, Bibi ki Masjid, and Jama Masjid are the major mosques. T here are a number of Gurudwaras too, Bada Gurudwara and Gurudwara Guru Teg Bahadur Sahib being the most prominent. In the lively city there are several parks and retail centres.

Best Places to Visit in Bareilly

Many old Hindu temples may be found in Bareilly, a city in Uttar Pradesh, India. The AlakhaNath, TrivatiNath, MadhiNath, and DhopeshwarNath temples are located on the four corners of the city. As a result, Bareilly is known as NathNagri.

The TrivatiNath Temple, located on Macnair Road in the heart of Bareilly, was built and subsequently rebuilt to become one of the best in the city.

The Alakhnath Temple is the major centre of the AnandAkharaorder’s Naga Sanyasins. The temple contains numerous shrines dedicated to various gods and goddesses. There is a courtyard in the centre with various animals such as cows and goats. A camel may be found behind one of the buildings. The location is always bustling with devotees bringing offerings and performing bhajans.

This temple is named after the town where it is located. It is a Shiva temple. This temple is thought to be over 5000 years old, and the shivling of this temple was built by pandavas during their exile.

It is the Dargah of Ahmed Raza Khan, a 19th-century Hanafi jurist noted in India for his outspoken resistance to Wahhabis. The Dargah is a spiritual place for South Asian Sunni Muslims. The Dargah hosts an annual Urs commemoration. People come from all over the world to see the Use-e-Rizvi.

It’s on Bareilly College Road in Civil Lines. According to the Methodist Church in India, it sees itself as the body of Christ in and for the globe, as part of the Church universal. Its stated goal is to understand God’s love as revealed in Jesus Christ, to bear witness to this love to all people, and to make them disciples of Jesus.

Shri ShriRadhaVrindavn Chandra Mandir is a large and well-known temple being built by the aaddhtyatmikkendra in Bareilly. GirdharJiKhandelwal Welfare Foundation donated a big plot of land to ISKCON Society, and work has commenced. It will be located on Pilibhit Road, just off Khandelwal College Road.

Best Places to Visit in Bareilly

The Kargil War, also known as the Kargil War, was an armed conflict between India and Pakistan that lasted from May to July 1999 in the Kargil District of the state of Jammu and Kashmir. Operation Vijay is another name for this fight. After driving the Pakistani army from its territories, Indian forces emerged triumphant. A memorial and square are built in Bareilly Cantonment to commemorate the successful completion of Operation Vijay.

The ancient capital of North Panchala, a kingdom mentioned in the Mahabharata, was Ahichhatra. The ruins of ancient city have been unearthed in Ramnagar, a village in Bareilly’s Aonla Tahsil. The excavations have revealed a brick fortress and the continuity of settlement from before 600 BCE to 1100 CE.

Rani Lakshmi Bai was a valiant queen who fought a struggle against the English in order to defend her nation. She was martyred on the battlefield and is a tremendous emblem of Indian women’s strength. At cantonment, Bareilly, a square is named for her. At this square, a lovely statue has been constructed.

Best Time to Visit in Bareilly

Tourists that come to Bareilly for its beauty can enjoy a long winter season. The winter season begins in November and lasts until February. The best months to visit are December and January.

How to Reach Bareilly