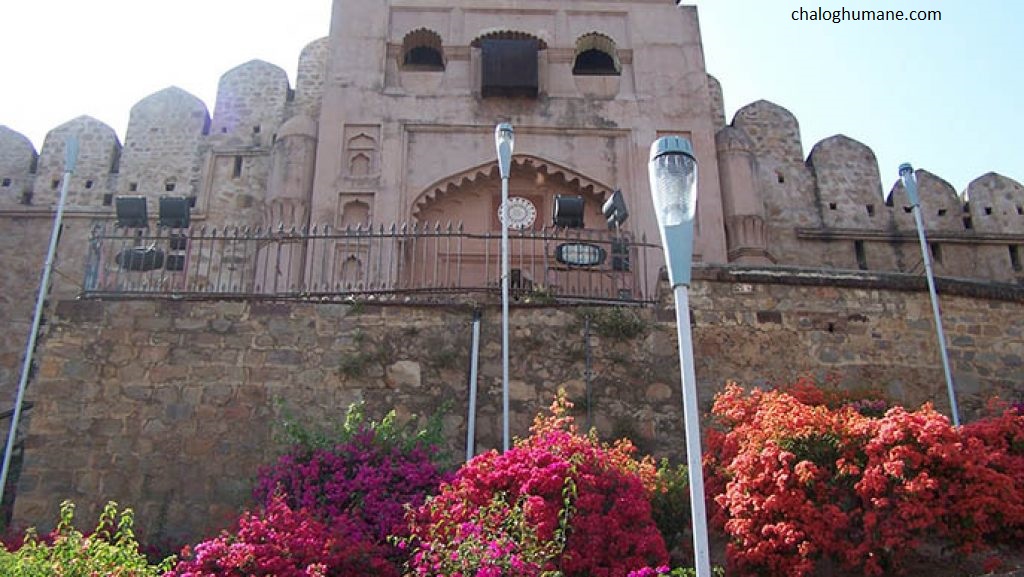 Jhansi is a historic city in India’s Uttar Pradesh state. It is located in the Bundelkhand area of Uttar Pradesh, on the banks of the Pahuj River, in the state’s extreme south.

Best Places to Visit in Jhansi

Maharani Jhansi’s fort has been strategically important since ancient times. Raja Bir Singh Ju Deo (1606-27) of Orchha erected it on a rocky hill called Bangra in the town of Balwantnagar (presently known as Jhansi). There are eleven gates in the fort ( Darwaza). Khandero Gate, Datia Darwaza, Unnao Gate, Jharna Gate, Laxmi Gate, Sagar Gate, Orcha Gate, Sainyar Gate, and Chand Gate are a few examples. The Karak Bijli Toup (Tank), Rani Jhansi Garden, Shiv temple, and a “Mazar” of Ghulam Gaus Khan, Moti Bai, and Khuda Baksh are among the attractions within the main fort area. The Jhansi fort, a living testament to old beauty and valour, also contains a remarkable collection of sculptures that provide a good inside look at Bundelkhand’s colourful history.

Rani Mahal, Rani Lakshmi Bai’s palace, is adorned with multicoloured art and painting on its walls and ceilings. This palace is currently being transformed into a museum. The Archaeologral Survey of India has a large collection of sculptures from the 9th to 12th centuries AD, which are housed here.

The Maha Lakshmi Temple, a historic temple dedicated to Devi Mahalaxmi, was constructed in the 18th century. This magnificent temple is located in Laxmi Tal, just outside the Laxmi “Darwaza.”

Ganesh Mandir, where Maharani Laxmi Bai, the valiant hero of the 1857 Independence War, and Maharajai Gangadhar Rao were married. Lord Ganesh is honoured in this temple.

St. Jude’s Church is located near Jhansi’s Civil Lines, a popular tourist site for Catholic Christians. The devotion to St. Jude Thaddaeus was virtually unknown in India until the late Bishop F. X. Fenech established it at Jhansi, which was then a Prefecture Apostolic.

Baruasagar is named after a big lake known as the Baruasagar Tal. This lake was formed approximately 260 years ago when Raja Udit Singh of Orcha built an embankment. He constructed a fort. The remnants of two old granite Chandela Temples may be found to the north-east of the lake. The older one is known as Ghughua Math. Jarai-Ka-Math, a later Gupta period temple, is nearby. This is in honour of Lord Shiva and Devi Parvati.

The other places of interest are :

Best Time to Visit in Jhansi

How to Reach Jhansi

Gwalior and Khajuraho are the closest airports.Gwalior – 103 Km.
Khajuraho – 175 Km.

A strong road network connects Jhansi to the rest of the country. It is accessible by National Highways 25 and 26.