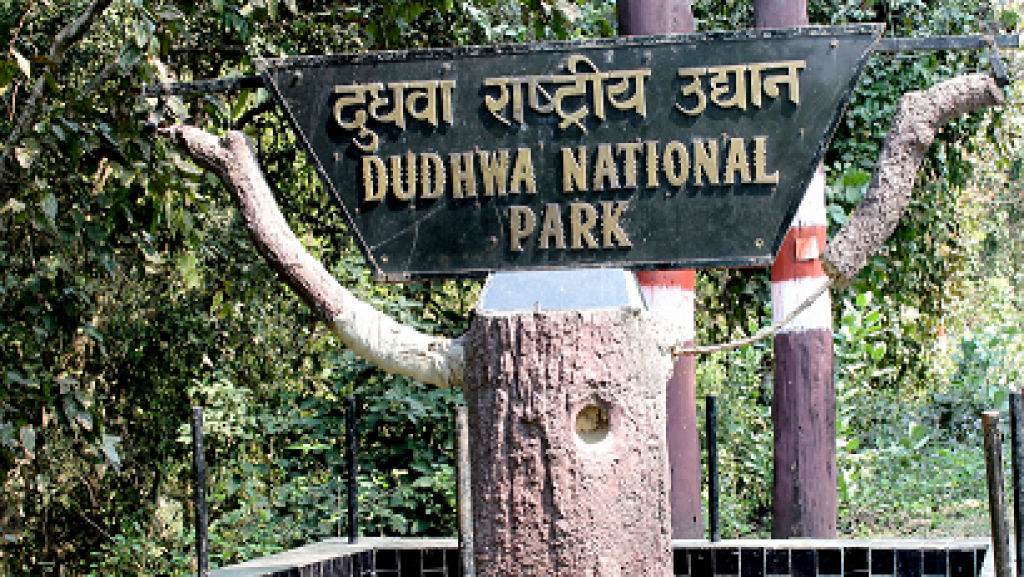 The sole national park in Uttar Pradesh is Dudhwa National Park, which is located near Lakhimpur Kheri. Tigers, leopards, swamp deer, hispid hares, and Bengal floricans are just a few of the unique and endangered animals that call it home.

Lakhimpur Kheri district is part of the Lucknow division and covers an area of 7,680 square kilometres (2,970 sq mi). On the basis of 2001 census data, the national government recognised Lakhimpur Kheri as a Minority Concentrated District, indicating that it need immediate assistance to enhance living standards and services.

The sole national park in Uttar Pradesh is Dudhwa National Park, which is located in Lakhimpur Kheri. It is home to several rare and endangered animals, including tigers, leopards, swamp deer, hispid hares, and the Bengal florican.

A 775-square-kilometer forest region between the Mohana and Suhaili rivers was declared a restricted forest in 1861. In 1977, the government designated 614 square kilometres of district Kheri as the Dudwa National Park. Following the formation of Uttrakhand, Dudwa National Park was designated as the state’s first national park. The “KishunpurPashu Vihar” reserve, around 30 kilometres from Dudwa, is another sanctuary. It covers around 204 square kilometres and is situated on the banks of the Sharda River, surrounded by Sal woodland and reserve forests. Dudwa Tiger Reserve was established in 1987 as a result of the amalgamation of Dudwa National Park and KishunpurPashu Vihar (DTR). The Dudwa Tiger Reserve spans 818 square kilometres. It is home to a number of rare and endangered species, including the Tiger, Leopard cat, Slath beer, rinosaurs (one horn), Hispid hare, Elephants, Black deer, and Swamp deer.

The one-of-a-kind Frog Temple is located in Oel town, 12 kilometres from Lakhimpur on the way from Lakhimpur to Sitapur. It is the only one of its sort in India, and it is based on the “MANDUK TANATRA.” It was built between 1860 and 1870 by the former ruler of Oel State (Distt. Lakhimpur Kheri). It is a temple to Lord Shiva. This temple is erected on the back of a huge frog and is 18 x 25 square metres. The Temple is built in the shape of an octahedral lotus. The Shivling in the temple came from the “BANASUR PRATI NARMDESHWER NARMADA KUND.” The frog’s face is 2 x 1.5 x 1 cub.mtr. northward. The temple’s main gate is located in the east, and another gate is located in the south. This temple’s architecture is based on “TANTRA VIDHYA.”

It is a temple to Lord Shiva. The Gola Gokaran Nath is also known as “CHOTTI KASHI.” People believe that Loard Shiva was delighted with Rawana’s (King of Lanka’s) penance (Tapasya) and awarded him a blessing. Rawana prayed that Lord Shiva accompany him to Lanka and forsake Himalya forever. The Lord Shiva agreed to proceed on the condition that he not be placed anywhere on the road to Lanka, and that if he is placed anywhere, he will be settled there. Rawana accepted and began his trek to Lanka while carrying the Lord on his head.

Rawana felt the need to urinate when he arrived at Gola Gokaran Nath (Gollihara at the time) ( A call of nature). Rawana promised gold coins to a shepherd in exchange for placing Lord Shiva on his head until he returned. The shepherd was unable to take the weight, so he abandoned him on the plain. Despite his best attempts, Rawana was unable to raise him. In rage, he pressed his thumb on his head. The Shivling still bears the imprint of Rawana’s Thumb.

The winter season is the finest time to visit Lakhimpur Kheri. The temperature stays pleasant, making it ideal for exploring the monuments and other points of interest in Lakhimpur Kheri. October, November, December, February, and March are the ideal months to visit.

How to Reach Lakhimpur Kheri

The state capital, Lucknow, is 134 kilometres (77 miles) away from Lakhimpur (Kaiserbagh Bus Stand). UPSRTC Bus services make it easy to get there. Bus service, both air-conditioned and non-air-conditioned, is quite regular and pleasant.

The UPSRTC runs a bus terminal in Lakhimpur and runs buses to Gola Gokarannath, Sitapur, Lucknow, Faizabad, Varanasi, Delhi, and Gorakhpur, among other places.

Broad Gauge link is under process.