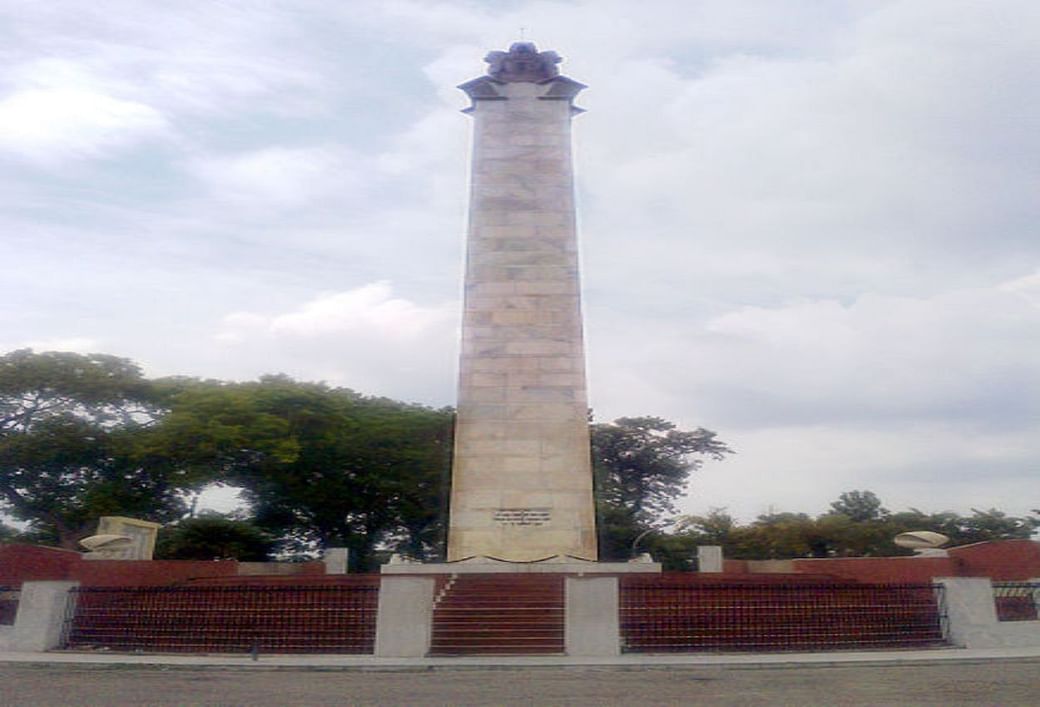 Meerut is a city in the Indian state of Uttar Pradesh, located in the western portion of the country. Settlements going back to the Indus Valley civilization have been discovered in and around the region, making it an ancient metropolis.
Meerut has a long and illustrious history in North India. This town, which is located in western Uttar Pradesh, was founded as part of the Hastinapur Empire. The Kauravas controlled it, and they played an important part in the Mahabharata. It is located 56 kilometres northeast of Delhi, India’s capital city, and is considered one of the fastest developing cities in the state. Meerut, popularly known as India’s Sports City, is the world’s largest producer of sports equipment.

Meerut is one of Uttar Pradesh’s most popular tourist attractions. Many historical and cultural landmarks may be found in the city. The city has numerous lovely gardens, architecturally significant buildings, and holy sites that are key tourist attractions.

Best Places to Visit in Meerut

Meerut is a popular tourist destination in Uttar Pradesh. Many historical and cultural heritage sites may be found in the city. The city has several lovely gardens, buildings with remarkable architecture, and holy places that are key tourist attractions. Here are a few examples:

Lord Shiva is worshipped at Meerut’s Augarnath Temple. The temple is historically significant because it was also the site of India’s first struggle of independence. The exact date or year of the temple’s establishment is unknown, but it is claimed that the’shiva linga’ in the temple appeared on its own, which is regarded as a miracle of God and hence draws a large number of devotees. Several changes have been done to the temple in recent years. In 1968, a new temple was built, and the previous architecture was demolished. In 1987, a new hexagonal hall was built there, and in 2001, a 4.5 kg gold ‘kalash’ (pitcher) was put at the spire.

The Meerut-based John’s Church was constructed between 1819 and 1821. It was established during the British colonial period and is the oldest church in Northern India. It is regarded as an architectural masterpiece. Near the church, there is a cemetery with the graves of British people and their families who were slain during the 1857 insurrection. The church is designed in the manner of English church architecture, with a big open room for worship. The English Sunday Service is held every morning, with normal Sunday service times of 8.30 a.m. during the summer and 9.30 a.m. during the winter. The service begins at 10 a.m. on Easter, Christmas, and New Year’s Day.

Gandhi Bagh, often known as the ‘company gardens,’ is located on Meerut’s Mall Road. It was constructed prior to independence but was recently renamed. It is surrounded by lush foliage and a diverse assortment of flora. Every evening, a musical fountain plays in the yard. It used to have multiple entrances and no entry costs, but currently just one entrance is open to the public with a small fee. The Meerut Cantonment Board maintains the Gandhi Bagh, which is now one of the attractions for leisure and recreational activities.

The Meerut Municipal Corporation looks after the Suraj Kund Park (Nagar Nigam). The lush atmosphere of this location is a big draw for travellers. There is an abundance of flora in this area. It provides a variety of leisure and pleasure activities for tourists and guests. This location has Mahabharata significance; it is said that King Karna dedicated his ‘kawach and kundal’ (divine armour) to the Sun God here. Every year, a fair is held during Dussehra, which is celebrated with zest and excitement.

Nur Jahan, a renowned Mughal Empress, erected the Shahpeer Sahab ki Dargah Mughal monument in 1628. It was created in memory of a local Muslim named HazratShahpeer. According to popular legend, Shahpeer was the Mughal Emperor Jahangir’s instructor. The Dargah is a monument made of red stones that is well-known for its distinctive construction. It is stated that this mausoleum was built 24 hours before the death of HazratShahpeer, but construction was halted in the middle, hence it is still considered incomplete. The tomb has magnificent and complex nakshi work on it, but there is no roof. The Archaeological Survey of India has designated this mausoleum as a national historic monument. Rajaji, a local jagirdar, is thought to have built the Shahpeer Gate for the mausoleum around 1829.

The Digambar Jain Temple is one of Meerut’s oldest temples, dating back thousands of years. Within its courtyard, there are seven altars with seven magnificent spires. The first altar is known as the ‘Tikhal Wale Baba’ altar and is said to have been created by the Gods of Heaven. Thousands of devotees attend this temple to get their prayers answered and to worship to ‘Tikhal Wale Baba.’ There are around 720 idols of 24 Teerthankaras from the past, present, and future.

The Shahid Smarak is dedicated to the martyrs of India’s first freedom battle in 1857. The Shahid Smarak has lush green enclosures and a Shahid Stambh, which is located on the site and is dedicated to martyred liberation heroes. There is also a museum that preserves and exhibits the American Revolutionary War through paintings and dioramas. The museum features two galleries dedicated to displaying pictures of independence fighters and their struggles during the 1857 revolution.

The Shahi Eid Gah was constructed by the eighth Sultan of Delhi, Nasir ud din Mahmud, the son of Iltutmish. It is a nearly 600-year-old mosque with a seating capacity of over a lakh people. In the Eid Gah, more than a lakh people can worship at the same time. The architecture and carvings highlight the significance of Mughal reign and the period of Delhi Sultanat in India. For security purposes, the Eid Gah gates were reconstructed a few years ago. It is one of Meerut’s most prominent tourist attractions.

Parikshitgarh, also known as the ‘Qila parikshitgarh,’ is named after King Parikshit of Hastinapur. This fort is claimed to have been erected by Parikhsit, Arjuna’s grandson. It is also thought that Nain Singh, a Gurjar monarch, renovated it in the seventeenth century. Silver coins from the reign of Shah Alam II were discovered in the fort in 1916.

It is located in the district of Meerut and is connected by the Meerut-Bijnor Road, approximately 37 kilometres from Meerut and 100 kilometres from Delhi. It has stood quiet witness to the Pandavas’ and Kauravas’ majestic grandeur, royal wars, and princely stories. During the Mahabharata, it was also known as the capital city of the Pandavas and Kauravas. Mahabharata-related sites in Hastinapur include VidurrTila, Pandaveshwar Temple, Baradri, Draunadeshwar Temple, Karna Temple, Draupadi Ghat, and Kama Ghat, among others. Hastinapur is also considered sacred by Jain worshippers. A number of architectural wonders and centres of great trust in the Jain religion, such as Jambudweep Jain Temple, Shwetambar Jain Temple, Prachin Digambar Jain Temple, Astapad Jain Temple, and Shri Kailash Parvat Jain Temple, are also worth seeing here. Along with SumeruParvat and Kamal Temple in Jambudweep, the Jain Temple and its entire premises are worth a visit.

Hastinapur is a destination of immense faith for Sikh devotees since it is the birthplace of Panch Pyare Bhai Dharam Singh, one of Guru Govind Singh Ji’s five pupils. The Gurdwara in SaifpurKaramchandpur is a place of immense devotion and faith for Sikhs. Hastinapur is well-known for its sacred sites and historical palaces, but it is also well-known for its animal attractions, since the neighbouring sanctuary is rich in Flora and Fauna diversity, and it is a centre for wildlife tourism, adventure, ecotourism, and associated activities. In Hastinapur, there are also lodging and dining options. There are good lodging and fooding facilities at the department of forest rest house and guest house of P.W.D. with Jain Dharamshalas.

Meerut’s Government Freedom Struggle Museum was founded in 1997. It is located on Delhi Road in the Shaheed Smarak area, about 6 kilometres north-east of the city railway station and about 200 metres from the Delhi Bus Station. Guests can stay in a variety of guesthouses, private lodges, and hotels. The major goal of the Museum is to collect, preserve, record, and exhibit cultural property in order to make it available for educational activities and to raise awareness about our beautiful past. The museum also has some postal stamps, photos, post cards, memorial coins relating to the events of 1857, and later coins in its collection.

The museum is still in its early stages, and attempts are being made to gather additional specimens. The museum hosts educational activities such as lectures, seminars, and competitions on topics like as history, culture, philosophy, the independence struggle, and religion. It also intends to collaborate with other cultural and educational organisations in order to disseminate Indian culture, particularly events relevant to India’s long-drawn freedom struggle.

Museum Timings : 10:30 AM. to 4:30 PM. Open on all days except Monday, Sunday
following 2nd Saturday of the month and public holidays.
Government Freedom Struggle Museum,

Best Time to Visit in Meerut

The winter months of October through February are ideal for visiting Meerut. The weather swings from 10°C to 25°C during this time period, making it excellent for sightseeing and exploring. Meerut has a subtropical monsoon climate with warm summers and cool winters.

How to Reach Meerut

Meerut is located near India’s capital city, New Delhi, and is around 60 kilometres from Delhi’s airport. There are several airlines that fly to and from Delhi International Airport. This makes getting to Meerut quite simple, as visitors can fly into Delhi and then take a cab or even a bus to Meerut, which takes approximately an hour and a half to get through national route 24 and then national highway 58.

Meerut is located on the North Central Railways’ Delhi Derhadun track. This route serves both passenger and superfast trains, and it connects a number of Indian towns to Meerut, Uttar Pradesh.

Meerut has strong road access to cities like Delhi, Mathura, Kanpur, Chandigarh, Varanasi, Lucknow, Agra, Jhansi, and others, with a number of buses from the Uttar Pradesh State Road Transport Corporation transporting people into Meerut. Aside from regular buses, there are also luxury buses that travel from this location.