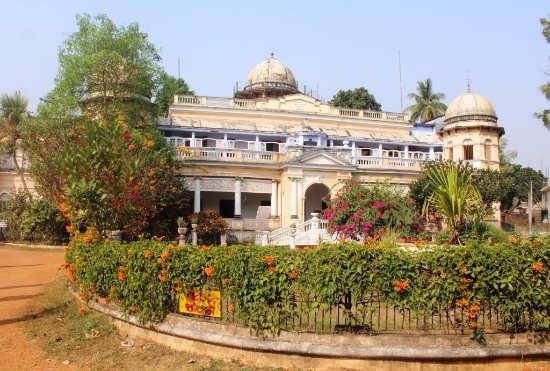 Best Places to Visit in Jhargram

It is a state-sponsored museum that focuses on rich tribal art and culture. The Tribal Interpretation Centre is located inside a sal woodland approximately 1 kilometre from the town of Jhargram. There are some tourist cottages and an outdoor stage for cultural programmes.

It is around 7 kilometres from Rameshwar Temple. The location lies on the banks of the Subarnarekha River. Since ancient times, this wooded region has been regarded the holiest among the locals. This is said to be the “Ashrama” of Ramayana’s great Balmiki. Here, one may visit the Lob-kush mandir, Sita kunda, and Sita nala.

The Rameshwar temple is situated beside the Subarnarekha river. Rameshwar is around 65 kilometres from Jhargram. Locals say that Sita begged Ram’s memory to build the Lord Shiva temple, which was built with the help of Vishwakarma. The temple is a perfect marriage of architecture and science. Although there are no windows, sunlight enters the shrine.

It is around 22 kilometres from Gopiballavpur. The large body of water in the woodland has a tremendous cynic beauty. During the winter, a large number of migrating birds visit the region.

It is around 22 kilometres from Gopiballavpur. The major draw of this location is the trees. As sunlight pours through the leaves, producing shadows on the ground, towering trees stand in pin-drop calm. The tranquil atmosphere of the river and woodland will leave everyone spellbound. The Subarnarekha River is flanked on both sides by forest.

Kanak Durga Temple provides an exciting experience of natural beauty. It is around 14 kilometres from the town of Jhargram. The century-old shrine is nestled in the woods next to the lovely Dulung River. Several rare tree, bird, and monkey species may be found here. On the route to Kanak Durga, there’s a place named Kendua. During the winter, migratory birds frequent the region. A half-hour stroll in the deep woodland is a delightful experience.

This little zoo is around 2 kilometres from town. The state forest department established this zoological park. Here you may witness deer, snakes, crocodiles, black rabbits, wolves, peacocks, bears, and numerous sorts of monkeys, as well as a variety of plants. It is a fantastic spot to take children.

The temple is around 350 years old. For ages, the Molladev Royal family has worshipped the stone statue of Savitri Devi. A large pond behind the temple adds to the cynic beauty.

The Jhargram Raj Palace is the most prominent and valuable attraction in the Jhargram District. It is a large and well-decorated palace with a one-of-a-kind architectural appeal. This palace is a quiet witness to significant historical events. This palace has also appeared in a number of popular films.

Ghagra lies around 7 kilometres north of Belpahari. It is actually a waterfall that flows through a black stone canyon. The term “Ghagra” is derived from the word “gagra,” which implies a water-filled Kalash. The canyon is really shaped like a kalash. The Tharafeni dam is located relatively near to Ghagra.

Best Time to Visit in Jhargram

Jhargram Weather in August-October: This is a great time to visit Jhargram because the average temperature is approximately 84°F. The weather is ideal for being outside, with the air being fairly humid. This is most likely one of the greatest seasons to visit Jhargram, as well as the peak tourist season.

How to Reach Jhargram

The nearest airport is Kolkata’s Netaji Subhas Chandra Bose International Airport, which is around 188 kilometres away from Jhargram.

By train, the distance between Kolkata and Jhargram is 154 kilometres. To go to Jhargram Station, take the Express/Local Train from Howrah/Tatanagar. The fastest train from Kolkata to Jhargram takes 2 hours and 24 minutes.

By road, the distance between Kolkata and Jhargram is 178 kilometres. By car, it takes 4 hours to go from Kolkata to Jhargram through the NH6 (Mumbai-Kolkata Highway).