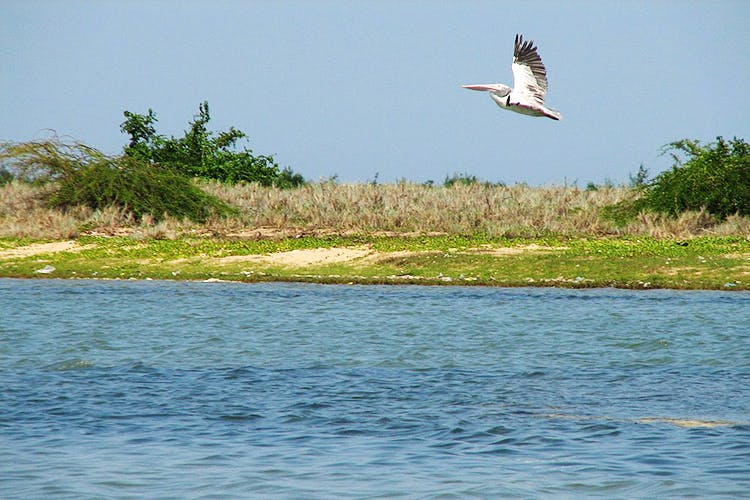 Nellore district, also known as Sri Potti Sriramulu Nellore district, is one of the thirteen districts of Andhra Pradesh, India. Nellore is home to the organization’s administrative headquarters.

The Sri Talapagiri Ranaganatha Swami Temple is located in Nellore city, around 5 kilometres from the Nellore Bus Stand. The RanganadaSwamy Temple in Nellore is about 600 years old. This temple is located on the banks of the Pennar River and is distinguished by a massive 29-meter-tall Galigopuram with seven gold kalasams and architectural grandeur. In Nellore, the yearly Rath Yathra of the God is a much-anticipated rite. The temple is adorned with seven kalisams, which add to its splendour. Every year, during the months of March and April (depending on the Hindu calendar), a major celebration is held. These are known as Brahmotsavam.

On the banks of the Penna River, Sri Kashyapa Maharshi conducted yagna, and as a result of his penance, Pallava king Sri Rajaraja Narendra bestowed upon him the gift of establishing himself as Ranganadha Swamy at Nellore in the seventh century. Following that, in the 13th century, Sri Jatha Varma presented valuable stones and metal to Lord Ranganadha Swamy. The Andhra Maha Bharatam, from Viratprvam until the end of the epic, was composed on the banks of the Pennar River by the poet Sri kavi Brahma Tikkana. On the east is the seven-story Maha gopuram, on the south is the Sri Ranganayaki Lakshmi Devi temple and the exquisite mirror dias, on the west is the sacred Pennar river, and on the north is the Sri Andal Ammavari temple.

Shakti’s manifestation is said to be the goddess Kamkshi. Sri Jagadguru Sankaracharya erected a ‘Sri Chakram’ here. Pilgrims take a sacred plunge in Kachpateertham, a lake near the temple, which washes away all their bad karma. Brahma Rushi Sri Kashyap Mahamuni visited Bhoolokam (The Earth) and wished to conduct Yagna and picked the north of Vedadri as Yagna Vatika (location to do yagna). After the Yagna was successfully completed, a great light arose. It has spread over the entire bhoolokam. Later, Lord Eswara appeared as Lord Mallikarjuna, who emerged from the Yagna fire.

On the peak of Narasimhakonad, Vedagiri Lakshmimarasimha Swamy devastanam was founded almost 500 years ago. According to the rock inscriptions, this temple was established in the ninth century by Pallava monarch Narsimha Varma. According to legend, the temple was built on the bank of the Pinakini River by the sage Kasyapa. And, according to the vedic text Brahmapurana, the seven sages (Saptarishis) conducted ‘yagnam’ (Sacrifice) on the peak of Narasimhakonda. Mandapas atop the summit were used to renovate the seven (Koneru) tanks. The sacred spot is located 15 kilometres from Nellore, on the southern bank of the Pinakini River. Every year in the month of May, a festival called ‘Brahmotsavams’ is held here. The town of Jonnawada is located to the north of the river.

This is a very old religious site (pilgrim centre). Lord Narasimha revealed Himself here as a massive rock in ‘Yoga mudra’ (an entangled meditation pose), giving rise to the term ‘Penusila’ (big rock), which later became known as ‘Penchalakona’. According to legend, after defeating the demon Hiranya Kasipa, Lord Narsimha bathed in Penchalakona and withdrew His ‘Avatara’ (incarnation), shedding His rage and violence. The Lord here is known as Somasila Narasimhaswamy, and he is one of the Nava Narasimhas (nine manifestations). People believe that because the sage Kanva lived in this area in the past, the river that flows through here was named Kanva Nadi, and that with the passage of time, it became Kandaleru. The temple was also refurbished in the 10th century, according to reports.

Alghu Malluru-Mannar Poluru Krishna Swamy temple has been in Mannarpoluru Village from the time of the Telugu Chola monarchs. The settlement is near to Sullurupet and 103 kilometres from Nellore. Bangaru Yadama Nayudu erected it in the 17th century as a residence for mallayodas, or wrestlers. According to mythology, Lord Sri Krishna vanquished Jambavantha in a fight and wedded his daughter Jambavati here, while Lord MahaVishnu deflated Garutmata’s big ego here alone. Aside from the idols of Lord Krishna’s consorts Satyabhama and Jambavati, the idol of Jambavantha, who appears to be crying, is guaranteed to captivate spectators. The sculptural splendour exuded by the idols of the beauties cannot be denied.

Goddess Chengalamma Parameswari showed Herself at the village of Sullurupet, 100 kilometres from Nellore on the Kolkata-Chennai route, and Her temple was established on the banks of the Kanlangi river. It was founded between the fourth and fifth century, according to history. People often refer to her as â??Tenkali,â? the village goddess. With the passage of time, she has come to be revered as Chengalamma by devotees. Devotees flock in vast numbers to see â?? â Chengalamma Jataraâ

Somasila is one of the District’s largest irrigation projects. The project’s goal is to develop irrigation potential. It is built over the Pennar River near Somasila Village in Ananthasagaram Mandal, Nellore District. Natural beauty abounds due to its location in the eastern ghats on the outskirts of the district. Someswara Temple, blessed by Lord Siva, is located in the village, and an Ashram is located on the opposite side of the River Pennar. Because of its significance, the tourist population, particularly schoolchildren, is rapidly rising. It has the potential to become a very good tourist attraction.

Kandaleru Dam is roughly 60 kilometres from Nellore. The location is also well served by the State Highway, which connects Nellore to Kadapa through Rapur and Rajampet. It was built across the Kandaleru River. This river rises in the Velegonda highlands and runs through Gudur. This is the World’s Largest Earth Dam, with 68 TMC Water Storage spanning over 11 kilometres, delivering drinking water to Tamil Nadu. It is a Beautiful Spot, surrounded by Hillocks and Forest. For official purposes, one Government Guest House with four apartments, a meeting hall, and a dining hall with a kitchen has been built. It draws a lot of pilgrims. Rapur Mandal includes the Dam.

Udayagiri Fort is roughly 100 kilometres from Nellore. At a height of 3079 feet, Udayagiri Fort commands a commanding position. It has a lot of natural beauty. The hillside is covered with lush greenery and features wonderful waterfalls. The destroyed fort is drawing a lot of tourists. However, there is no road to the Fort and access is solely via steps. This town flourished under the control of the Gajapathis and the Vijayanagar rulers. The remains of 365 Temples discovered in Town showed many periods’ sculpture and architecture. Ranganatha Temple exhibits Chola culture, Balakrishna Mandiram reflects Pallava culture, and Paruveta Mandapam displays Vijayanagara culture. Chinna Masjid and Pedda Masjid are two more buildings. A renowned Sufi Saint from the 18th century. Rahamathulla Nayab Rasool has been assimilated into the higher self. Sandal Festival is held every year on the 26th of Rabi-UI-Aval month.

Pulicat Lake is India’s second biggest brackish water lagoon, spanning the two states of Andhra Pradesh and Tamil Nadu and bordering the Bay of Bengal. It stretches over 600 kilometres in Andhra Pradesh, spanning the five Mandals of Tada, Sullurupet, Doravari Satram, Chittamur, and Dugarajupatnam in the Nellore District. It’s a birder’s paradise. This lake is visited by water birds and other birds such as Flamingos, Painted Storks, Egrets, Grey Pelicans, Grey Herons, Pintails, Black Winged Stilts, Shovelers, Terns, and others. These migratory birds stop there throughout the winter because the lake provides food and safety from predators. In 1976, the lake was designated as a Bird Sanctuary. G.O.U/s 18 of the Wild Life (Protection) Act.

October, November, December, January, February, and March are the finest months to visit. Summers in Nellore are hot and humid, and travellers often avoid them. The summer season officially begins in March and lasts through May. During these months, temperatures range from 22°C to 38°C.

Nellore Railway Station (NLR) is well connected by train to other important cities in India.

No of Halting Trains : 188 (including of daily and non daily trains)

Buses link all of Andhra Pradesh’s main cities, including Hyderabad, Chennai, and Bangalore.