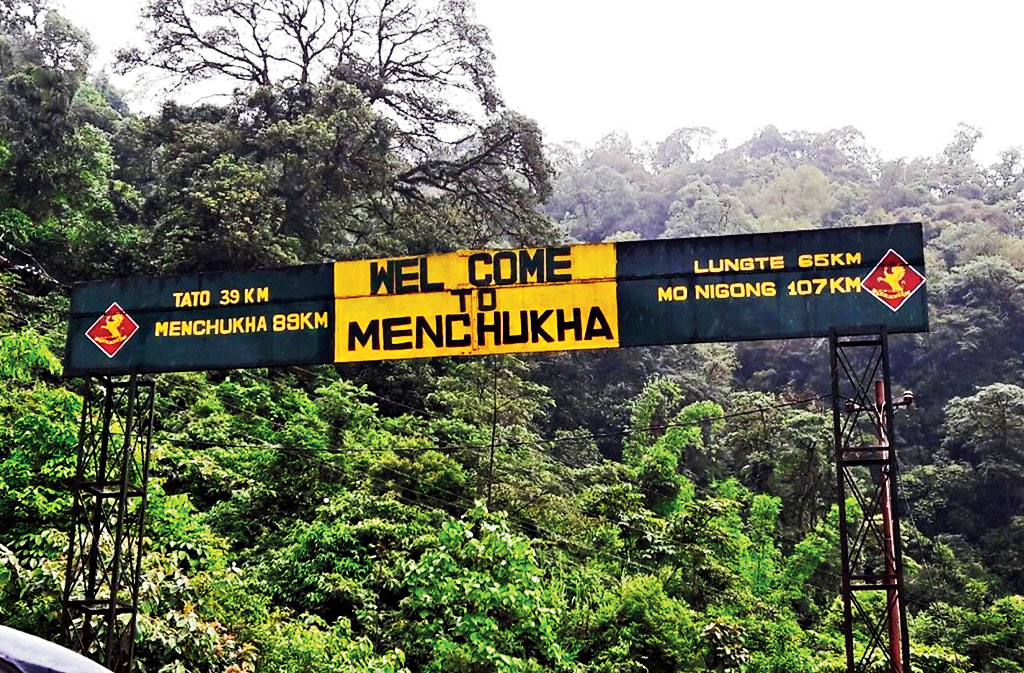 Shi Yomi district is one of Arunachal Pradesh‘s 23 districts in northeastern India. To make it easier for visitors to gain entrance, the District Administration has made provisions for the issuance of an Inner Line Permit for visitors from outside for a period of 30 days.

The earliest Mahayana sect monasteries, Samten Yangcha, are located on a mountaintop in the westernmost section of Mechuka. According to Memba oral tradition, this Gompa is a contemporary of the magnificent Tawang monastery.

A lovely water fall exists on the road to Tato between Hirgo and Yapik hamlet. Locally, it is referred to as “SIKODIDO.” As a tired traveller rests under a tree, this magnificent waterfall revitalises the viewers and allows them to continue the trip of unfathomable beauty.

MECHUKA: Mechuka is located at an elevation of 1890 metres, near to the Mac Mohan Line. Menchuka is formed up of three terms in the local language:’men’ means “medicinal,” ‘chu’ means “water,” and ‘kha” means “ice.” Mechuka is surrounded by the Eastern Himalayas’ towering mountains and snow-capped peaks. With its pleasant temperature, Buddhist Gompas, Gurudwaras, and the warmth of the locals, it has a lot to offer travellers.

How to Reach Shi Yomi

AIR : By Chopper from Itanagar via Aalo