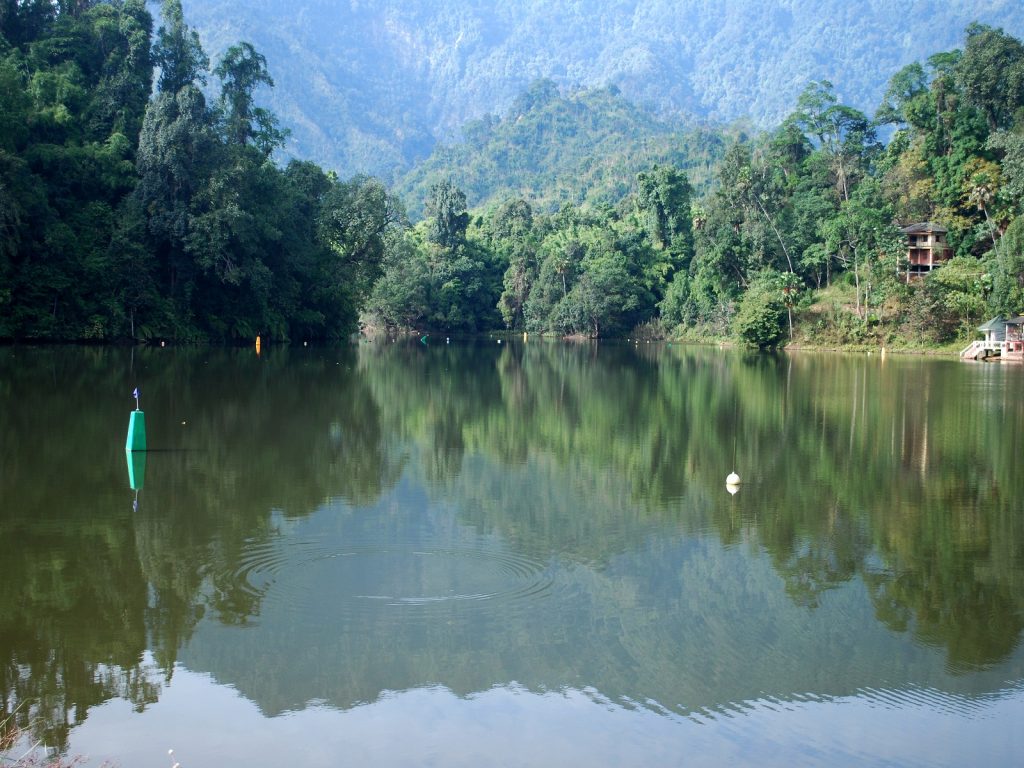 The administrative district of Papum Pare is located in the Indian state of Arunachal Pradesh.

The Dalai Lama himself dedicated this shrine, which is located in a tranquil setting surrounded by huge hills on all sides. This lovely, well-kept Buddhist temple is located on the summit of a tiny hill about 12 kilometres from Itanagar. From here, one may get a panoramic view of Itanagar. It is the most calm and pleasant area to visit in Itanagar.

This is located in VIP community, a very lovely and well-kept site where any visitor may get a taste of Theravada Buddhist living in Itanagar.

Ita Fort, located in Itanagar, is one of the most significant historical landmarks in the Indian state of Arunachal Pradesh. The name literally translates to “Fort of Bricks” (the Assamese word for brick is “Ita”). The Ita Fort in Arunachal Pradesh was constructed in the 14th or 15th century. The fort has an uneven form and was constructed mostly with bricks originating from the 14th to 15th centuries. The whole length of the brickwork is 16,200 cubic metres, and it was most likely erected by monarchs of the Chutiya dynasty, which governed the region at the time. The fort has three separate entrances on three different sides: western, eastern, and southern.

The Ganga Lake, also known as Geker Sinying, is a lake in Itanagar, the state capital of Arunachal Pradesh. It is one of Itanagar’s most popular attractions. People come from all around to visit this site for pleasure and to see the picture-perfect vista of the lake. The lake’s hue is green because it is still isolated from other bodies of flowing water. Many mythical stories concerning the Ganga Lake and its hue may still be heard today.

The best time to visit Papum Pare is from July to September (the monsoon season).

How to Reach Papum Pare