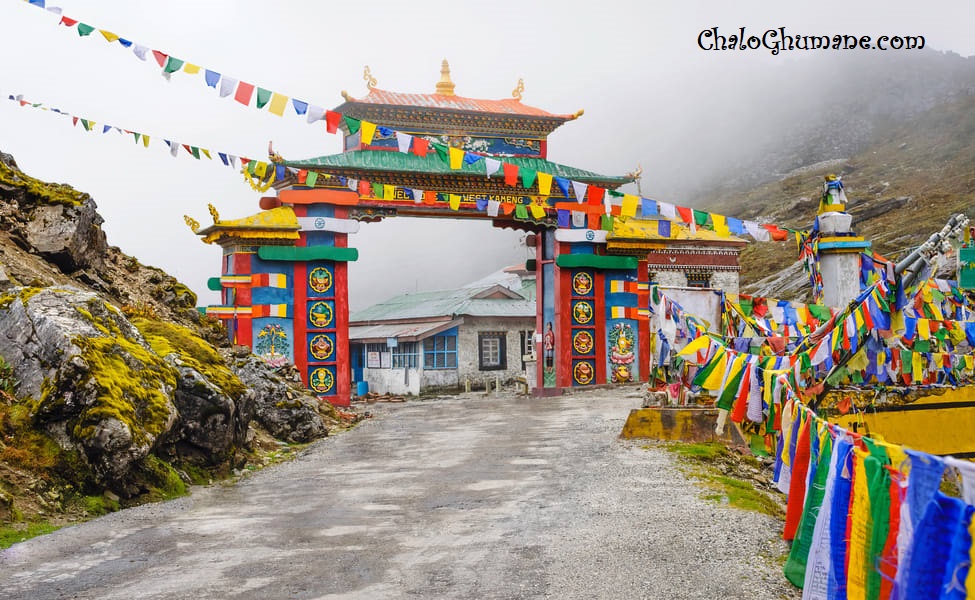 Tawang is a town in the Indian state of Arunachal Pradesh and has the seat of an eponymous district. The territory is claimed by China as part of Tibet Autonomous Region. Tawang is located 448 kilometres northwest of the state capital, Itanagar, at an elevation of 3,048 metres. Its 400-year-old monastery is well-known. This monastery is one of India’s largest Buddhist monasteries and a popular pilgrimage destination for Buddhists. Tawang is known for its natural beauty, which attracts and enchants visitors in addition to its religious significance.

Best Places to Visit in Tawang

Madhuri Lake, which was formed by a flash flood following an earthquake in 1950, was previously known as Shonga-the Lake and is one of the most popular lakes in Tawang, Arunachal Pradesh. The lake was renamed after the filming of the Bollywood film Koyla, featuring the stunning Madhuri Dixit. The lake is surrounded by breathtakingly beautiful valleys and snow-capped mountains. A leisurely walk is an ideal way to explore the lake’s lovely surroundings.

Lumla Dolma Lhakhang: A massive statue of Jetsun Dolma (TARA DEVI) with a prayer hall underneath it. It’s around 45 kilometres from Tawang on the route to the Gorzam Chorten stupa in Lumla.

CHAGZAM BRIDGE: TangtonGyalpo (1385-1464), a pupil of the first Dalai Lama and generally known as Lama Chag-ZamWangpo, was an architect, philosopher, and iron chain bridge function Object() { [native code] }. He is recognised for constructing over 100 iron bridges around the Himalayan area. He erected the Tawang-chu River bridge between 1420 and 1430 to allow access via Kitpi and Mukto. The bridge that showcases the best metallurgy is around 25 kilometres from town.

The War Memorial is one kilometre from the town. In remembrance of the heroic warriors who gave their lives in the 1962 Sino-Indian conflict, a magnificent stupa has been created.

JANG WATER FALL: About 40 kilometres from Tawang, one may visit the famous phong-phongma waterfall. Also known as the Nurongneng waterfall or the Jang Falls. This tempting beauty of milky white water captivates and elicits thundering applause from those who visit this location.

ZEMITHANG GORZAM CHORTEN:- The sky-looming high stupa, some 92 kilometres from Tawang, was built by Lama Prathar from Kharman village in Zemithang in the 13th century A.D., with a 186-foot base and a 93-foot height, and is modelled after Nepal’s Boudhinath stupa. Thousands of devotees flock to Gorzam Kora festival to commemorate the noble event on the final day of the first lunar month.

The Tawang Monastery is around 2 kilometres from town. The Tawang Ganden Namgyal Lhatse Monastery, which means “the heavenly paradise of divine place chosen by the horse,” is the second largest and oldest in Asia. It was built in 1680-81 by MeragLodroeGyamtso. The Dalai Lama presented him with a picture of the goddess PaldenLhamo, which will be maintained at the monastery. The sanctuary is dominated by an 8-meter-high gliding statue of Lord Buddha. The vast whirling prayer wheels, valuable thangkas, monks in prayer, and sputtering butter lamps create an unforgettable scene. Tawang Monastery features a residence structure for the monks, a library, a museum, and a primary school.

An massive yellow-roofed Tawang monastery, situated on a hill commanding all around and below it, was formerly a vast and fortified complex strategically located where the caravan routes from Tibet, Bhutan, and West Kameng intersected. The tale of King Kalawangpo and KhandroDrowaZangmo, known as rTa nag mandalsgang, from the 7th century A.D. is also associated with the location.

Best Time to Visit in Tawang

March, April, May, June, September, and October are the finest months to visit

How to Reach Tawang

Although Arunachal Pradesh does not have its own airport, it is well connected by air.

Salonibari Airport in Tezpur, Assam, is the closest airport to Tawang, at a distance of 317 kilometres. Kolkata and Silchar are served by Air India Regional flights. The airport at Guwahati, on the other hand, is more convenient for connecting to Tawang. Guwahati’s Lokapriya Gopinath Bordoloi International Airport is 480 kilometres from Tawang and serves all of India’s main cities. Until recently, foreign flights from Guwahati’s airport have been confined to Druk Air’s flights to Paro, Bhutan, and Bangkok, Thailand.

To get to Tawang, take a 4-hour journey from the Guwahati airport to Tezpur and then a Tata Sumo or Mahindra Bolero from Tezpur.