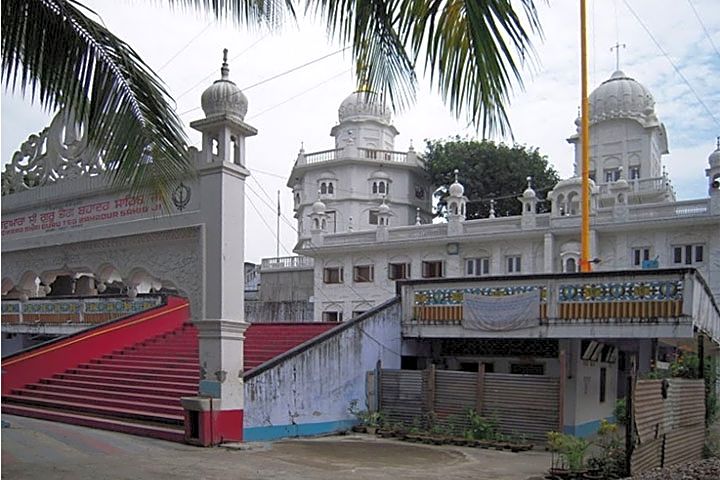 Mother Nature has provided stunning scenic beauty on the Dhubri District. Both banks of the Brahmaputra River, with its lush green meadows, blue hills, and hillocks, are a visual feast for observers. People are drawn to the Chakrasila wildlife sanctuary, the Tegbahadur Gurudwara, the Rangamati Mosque, Mahamaya Dham, and the royal palaces because of its distinctive structures, religious holiness, and mythical significance.

Dhubri is a historic town and the administrative centre of the Dhubri district in the Indian state of Assam. It is a historic ancient town on the banks of the Brahmaputra River. Under British rule, the town was originally organised as a Municipal Board in 1883.
Durga Puja and Dashera are very popular in Dhubri. Dhubri became a municipality for the first time in 1883. Dhubri is 290 kilometres from Dispur, the state capital.

Best Places to Visit in Dhubri

Mother Nature has provided magnificent scenic charms on the Dhubri District. Both banks of the Brahmaputra River, with its lush green meadows, blue hills, and hillocks, are a visual feast for observers. The Chakrasila wildlife sanctuary, the Tegbahadur Gurudwara, the Rangamati Mosque, the Mahamaya Dham, and the royal palaces all draw visitors because of their distinctive structures, religious significance, and mythical significance. The following are some visually appealing locations with notable characteristics and scenic views:

Bogribari’s Mahamaya Dham, some 30-35 kilometres east of Dhubri town, ranks with Kamakhya Dham (Guwahati) and Madan-Mohan (Cooch Behar) in terms of pilgrim and tourist appeal. Locals such as Kacharies, Koches, and Nath used to worship the famed mother Goddess Mahamaya of Parvatjowar. It was the Jaminder of Parvatjowar’s ruling god. Later, the goddess gained widespread favour, and now, all Hindus in Assam worship mother Mahamaya.

Hussain Shah, the Governor of Bengal, erected the famed Rangamati Mosque in the 17th century. This Mosque dates from the pre-Mughal period, as shown by its distinctive architectural architecture. It is around 25 kilometres from Dhubri Town. It should be noted that the Rangamati region was previously quite affluent under the time of the Koch monarchs. It also served as a border checkpoint for the Koch monarchs. Rangamati was a major fort of the invading Mughal Army during the Mughal era. The Mohmmedan Soldiers utilised this unusual Mosque as a place of worship. During the same time period, there was also the construction of an Idgah and a Deep Well.

This historic Gurudwara is located in the centre of Dhubri Town, on the banks of the majestic Brahmaputra River. In 1505 A.D., Sikh Guru Nanaka visited this location and met Mahapurush Sri SriSankardeva on his route from Dhaka to Assam. Following that, in the 17th century, the 9th Guru Tegbahadur arrived to this location and founded this Gurudwara. Every year in December, Sikh followers from all over India and beyond gathered at this Gurudwara to commemorate the Martyrdom of Sri Guru Tegbahadur with seriousness and ceremony. This event was known as Sahidee-Guru-Parav by Sikh worshippers.

Mazar Sharif, one of five Sufi Saints, joined Raja Ram Singh during his conquest of Assam. This Dargaha is the ideal example of religious unity, with people of all faiths paying a visit with profound reverence.

The Government of India proclaimed Chakrasila Hill Reserve Forest as Chakrasila Hill Wildlife Sanctuary in 1994, spanning 4558.7 hectares of land. This sanctuary is located in the districts of Dhubri and Kokrajhar. The diversity of plant species found in Chakrasila provides a variety of habitats for a wide range of wildlife. The Chakrasila Wildlife Sanctuary is home to the Significant Golden Langur, as well as other animals such as the Leopard, Leopard Cat, Porcupine, Pangoline, Flying Squirrel, Civet Cat, and others. Common birds include the Adjutant Stork, Indian Owl, Myna, Parrakit, Dove, Hornbill, Jungle Fowl, Kingfisher, Harren, Darter, Snipe, Teal, and others. Reptiles and amphibians discovered include the Python, Monitor, Crait, Cobra, Turtle, Tead, and frog.

Best Time to Visit in Dhubri

How to Reach Dhubri

Dhubri is not well connected to the rest of the country’s major cities by frequent flights. Ranchi, the nearest airport, is 15 kilometres away.