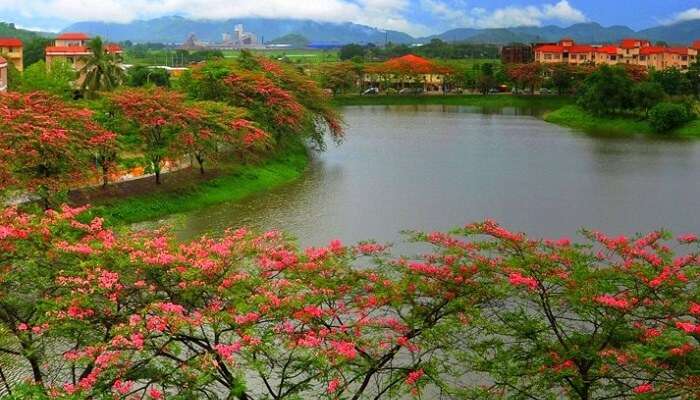 Hailakandi is a town in the Indian state of Assam that serves as the district headquarters for the Hailakandi district. The coordinates of Hailakandi are 24.68°N 92.57°E. Hailakandi is a rich mine of cultural and religious tourist attractions in the middle of wide expanses of farmland and flowing river. Siddyashar Bari Sibmandir at Badarpur ghat and Pach Pirr mukam in South Hailakandi may rightly claim a position in the tourism map of Assam.

Best Places to Visit in Hailakandi

Best Time to Visit in Hailakandi

How to Reach Hailakandi

The nearest airport to Hailakandi is at Silchar’s Kumbhirgram. Many other important cities, like as Kolkata, Aizawl, Guwahati, and Agartala, are well connected to the airport. When you arrive at the airport, you can take a cab or a bus to your desired location.

Hailakandi is well connected to Guwahati by road, which is around 330 kilometres away. To visit the town, you may fly, train, or drive to Guwahati and then take a bus to Hailakandi, which is widely available.

Hailakandi is a tiny town where taking a cab is the most convenient way to get about. Auto-rickshaws are also available for short distance rides. A cycle rickshaw may also be utilised for commuting if you want to have some fun and see the sights. At the end of the day, no matter what mode of transportation you use, this region will never fail to wow you with its wonderful culture and plenty of natural resources.