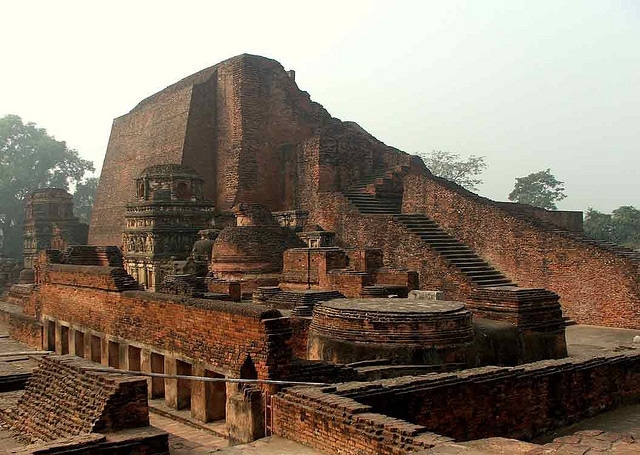 The district of Nalanda is one of the thirty-eight districts that make up the Indian state of Bihar. The district’s administrative headquarters is Bihar Sharif. The ancient Nalanda Mahavihara, a UNESCO World Heritage site, is located in the districts. Nalanda is located in Bihar’s Magadh area.

Nalanda is known across the globe for its ancient International Monastic University, which taught Vedas, Logic, Grammar, Medicine, Meta-Physics, Prose Composition, and Rhetoric and was founded in the 5th century BC. Biharsharif is the name given to the district of Nalanda.

Best Places to Visit in Nalanda

The Vishwa Shanti Stupa is built on a 400-meter-high hill. The Stupa Is Made Of Marble, And There Are Four Glimmering Statues Of Buddha On The Four Corners Of The Stupa. To get to the top of this hill, one must use the “Ropeways.” This location is also known as TheGridhakuta.

In the fifth century A.D., Emperor Kumar Gupta established the Mahavira establishment. From the fifth to the twelfth centuries, knowledge of this location was at its peak. Due to its international reputation, a large number of students from China, Mongolia, Tibet, Korea, and other Asian countries have come to study. The standard of instruction was really high here. To obtain an education in Mahavihar, one had to pass a test administered by a teacher. Nalanda was the most important Mahayana Buddhist teaching centre, but other educational topics were also covered. Finally, at the end of the 12th century, invader Bakhityar Khilji demolished the monastery, killed the monks, and set fire to the valuable library. The Nalanda International University is currently being established nearby, in recognition of the fact that this location was a symbol of Asian unity and strength.

A leisure destination and a pleasant spot for all ages, with so much to see and do. Consider a wellness centre where you may unwind after a long day by walking through lush rose gardens, fern gardens, and herbal gardens. The magnificent terrain sets the tone for children’s fun with a play area with fun rides and relaxation for adults with a tea house, eateries selling scrumptious traditional foods, and shops selling local handicrafts. Prepare yourself for a one-of-a-kind experience steeped in tradition.

The Jal Mandir, also known as Apapuri, in Pawapuri, which means “a town without sins,” in the Indian state of Bihar, is a highly venerated temple dedicated to Lord Mahavira, the 24th Thirthankara (religious preacher of Jainism) and founder of the Jain religion, and marks the location of his cremation. In 528 BC, Mahavira gained Nirvana (salvation) in Pawapuri. The shrine is housed within a tank filled with red lotus blooms. The temple is claimed to have been erected by King Nandivardhan, Mahavira’s elder brother. It is one of Pawpuri’s five principal temples, where Mahavira’s “Charan Paduka,” or foot impression, is deified.

Best Time to Visit in Nalanda

Of course, the greatest time to visit Nalanda is between October and March.

How to Reach Nalanda

In Nalanda, taxis are not available. The only forms of transportation are cycle rickshaws and tongas. From its headquarters at Tourist Bhawan, Bir Chand Patel Path, Patna, Bihar State Tourism Development Corporation conducts tours to Nalanda, Rajgir, and other destinations.