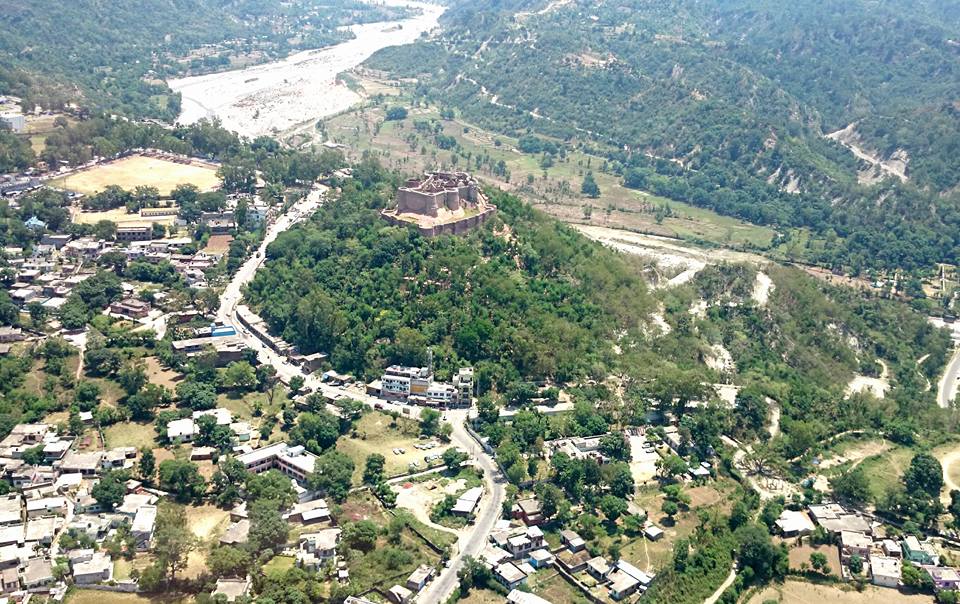 Reasi is a town in the Indian union territory of Jammu and Kashmir, as well as a notified area committee and tehsil. It is the administrative centre of the Reasi district, located on the Chenab River’s bank. Reasi was a component of the Bhimgarh kingdom founded by Bhim Dev in the ninth century. District Reasi is rich in tourist attractions and sites for all types of visitors. It contains places for religion, adventure, excursion, historical, cultural, and other types of tourism.

It has a number of historical sites with cultural and religious value, including:

Best Places to Visit in Reasi

Vaishno Devi shrine is nestled in the lap of the Trikuta hills, 13 kilometres from base camp Katra, a famous town in District Reasi, and 63 kilometres from Jammu city. The Shrine is a well-known pilgrimage site in the state of Jammu & Kashmir. Since 1986, it has been overseen by the Shri Mata Vaishno Devi Shrine Board. Every year, millions of pilgrims from within and beyond the country visit this sacred site. In 2015, 88 lac devotees paid their respects to the holy site.

This is a historical fort constructed by Gen. Zorawar Singh, the famed Dogra General who drove the Chinese out of Ladakh. The fort is situated on a hillside along the banks of the River Anji. It is also a draw for tourists visiting Reasi.

Shiv Khori (Ransoo) is home to Lord Shiva’s holy cave. On Shivratri day, a major fair is held that lasts three days. An estimated 16,000 worshippers visit this site in July. Every year, around 20 lac pilgrims visit this Holy Cave.

It is regarded as one of the largest waterfalls in North India. It is located on the Chenab River in Reasi District at an elevation of 466 metres and drops from more than 100 feet, creating a breathtaking vista. Though the months of July through October are the busiest, travellers may be seen all year. Some people include this as part of their adventure tourism. Many people visit in the winter because they want to take an ice plunge. This is a fantastic complement to the Katra-Mata-Vaishno-Devi journey.

A well-known shrine located 9 kilometres from Katra. It is a popular tourist destination for those seeking to see the nine Devis. Darshan can be given in the form of Pindies.

Shri Mata Vaishno Devi’s spiritual disciple, Baba Aghar Jitto. A farmer gave his life to obtain the rightful portion of his agricultural harvest from Jagirdar Bir Singh, who refused to provide the pledged share. This is why he risked his life to obtain his right and became well-known among farmers, as well as a draw for yatries. Baba Jitto’s statue is located beside the roadside in the lap of Shri Mata Vaishno Devi.

Salal Power Project, located 23 kilometres from Distt. H.Q. Reasi and surrounded by mountains, is also a draw for travellers. Salal Hydroelectric Project was built on the Chenab River in the region of Reasi. The total capacity of the project is 690 MW. The states that would benefit include Uttar Pradesh, Jammu and Kashmir, Punjab, Haryana, Delhi, Himachal Pradesh, Chandigarh, and Rajasthan. The tourists are enthused to see the Project.

Dera Baba Banda is another another tourist destination. Baba Banda Singh was a well-known saint soldier in Guru Govind Singh’s army. A Gurdwara on the bank of Chinab brings back memories of his youth. He spent the last few days of his life here. This location is considered an important pilgrimage spot for Hindus and Sikhs and is located in the Bhabbar region of District Reasi. People from other states also visit to this location for pilgrimage, notably during the Baisakhi festival in April each year.

Best Time to Visit in Reasi

How to Reach Reasi

Reasi District is located in the centre of the Trikuta Mountain Range, on the south side of Pir Pangal.

Katra (SVDK), about 30 kilometres from Reasi Town, is the nearest railway station. From Katra, it takes around 50 minutes to go to Reasi.

Jammu Satwari Airport, about 80 kilometres from Reasi, is the nearest airport. It takes around 2 hours to drive from Jammu to Reasi.