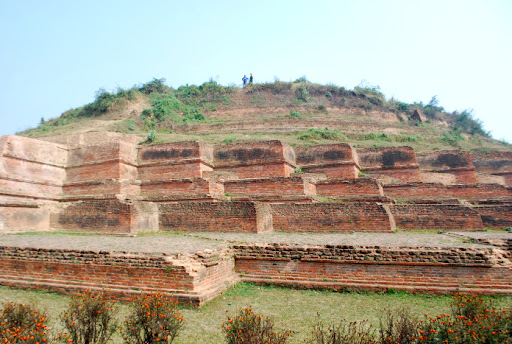 West Champaran is a district in the Indian state of Bihar, located 60 kilometres west of Birgunj. With a total size of 5,228 km2, it is Bihar’s biggest district. It belongs to the Tirhut Division. Bettiah is home to the district headquarters. The region is noted for its shaky Nepalese border.

Formally known as BHAINSA LOTAN, it is a popular tourist destination where a dam is being built on the Gandak River (Gandak Project). This dam and its waterways are the lifeline of Bihar’s northwestern region. This waterway also irrigates parts of the eastern Upper Peninsula. This dam also produces hydroelectricity. The dam was dedicated to the country by late Prime Minister Pandit Jawaharlal Nehru. A visit to the sylvan environs of Valmilki Nagar, where the rushing streams of Gandak shatter the ascetic stillness of the Himalayan foothills, is a must for every traveller interested in discovering natural beauty.

Bhainsalotan is also well-known for the Valmiki Ashram, where Maharshi Valmiki, the Ramayan’s author, is supposed to have spent some time. Bettiah Raj built the Lord Shiva temple, and an old Shiv-Parvati temple is also located here.

BALMIKI NAGAR NATIONAL PARK AND TIGER RESERVE, It is a haven for a plethora of wild animals and birds, spanning 544 square kilometres. The majestic Himalayas provide as a background for this tranquil untamed country.

Bhainsalotan is also well-known for the Valmiki Ashram, where Maharshi Valmiki, the Ramayan’s author, is supposed to have spent some time. Bettiah Raj built the Lord Shiva temple, and an old Shiv-Parvati temple is also located here.

This is located approximately five miles above the Valmikinagar dam in the district’s northwestern corner, under Bagaha-II Block. The confluence of the Gandak River. Panchanand and Sonaha is a beautiful spot to visit. This location is near the Indo-Nepal border. This confluence’s one bank touches Triveni village in Nepal, while the other bank extends to Bhaisalotan village in India. According to the holy text “Srimad Bhagwat,” the thousand-year fight between Gaj (Elephant) and Grah (Crocodile) began here.

Lord Vishnu arrived and shielded the elephant. Every year on the eve of “Magh Sankranti” (Magh is the 11th month of the Hindu lunar calendar, and ‘Sankranti’ refers to the period of time when the Sun enters a new sign of the zodiac), a fair is held at this sacred spot. This event is also known as the Bathing Festival in the Holy Rivers. Thousands of devotees, including the elderly, women, and children, take holy baths at this confluence.

The designation 52 forts refers to the ruins of several historic fortifications near Darwabari in Bagaha-II block, around 8 kilometres from Tribeni. Tripan Bazar is another name for this location. A little distance to the north of the hamlet lie the ruins of 52 forts and 53 bazars. Across the marsh to the north-west, there exist the ruins of large embankments that were maybe meant to serve as reservoirs. There is no reliable information on the history of Bawangarhi, yet stories abound.

The last railway station on the Narkatiaganj-Bhiknathori route is located in Gaunaha block in the district’s northern half. In the winter, it provides a clear view of the snow-capped Himalayas and the Annapurna peak due to its location in the middle of gorgeous surroundings. This location has been visited by King George V for hunting purposes. An lovely bunglow may still be seen here.

In Ramnagar block, a fort is located on the crest of the Sumeswer hills, at a height of 2,884 feet above sea level. The fort, which lies on the brink of a high cliff, is now in ruins, but its vestiges are well defined, and reservoirs carved out of the soild rocks, in which water was kept for the occupants’ use, can still be seen. A wonderful view of the snow and the intervening valleys and low hills in Nepal may be observed from the ridge on which Fort Sumeswer is located. The ridge here serves as the border between West Champaran and Nepal. The huge Himalayan peaks of Dhoulagiri, Gosainthan, and Gaurishanker are all plainly visible, and the vista is regarded to be one of the best available from anywhere on India’s border line.

This hamlet, located 10 kilometres from Bettiah in Gaunaha Block, had the honour of hosting the annual meeting of the ‘All India Gandhi Seva Sangh’ in 1937. Mahatma Gandhi, Dr. Rajendra Prasad, and Shri J.B. Kripalani were among those who attended. A basic school built by Gandhiji has been operating there since that time.

It is a hamlet in the Gaunaha block where Gandhiji began his liberation campaign, which became known as the ‘Champaran Satyagraha’ in Indian history. The settlement contains an Ashram, which has become a Gandhian pilgrimage site.

Nandangarh is in the Lauria block, whereas Chankigarh is in the Narkatiaganj block. These are really two large mounds that are the ruins of palaces of the Nanda Dynasty and Chanakya, the world famous economist. Nandangarh has also been speculated to be the ashes Stupa, where Buddha’s ashes are claimed to have been housed.

The lion pillar of Ashoka, located about one kilometre east of Nandangarh in Lauria block, is about 2300 years old and in outstanding shape. This pillar is 35 feet tall, with a base diameter of 35 inches and an upper diameter of 22 inches. Its massiveness and superb craftsmanship provide impressive evidence of the Ashokan masons’ skill and wealth. Two additional pillars with missing caps have been unearthed in Rampurwa hamlet, near Gandhi’s Bhitiharawa Ashram in Gaunaha block. The bull, one of their capitals, is currently housed at the National Museum in New Delhi, while the lion is housed in the Calcutta Museum.

SARAIYA MAN:-     Saraiya man is a beautiful lake located around 6 kilometres from Bettiah town. Because of the black berries (Jamun) growing on its banks and falling into the water, the water in this lake is thought to be beneficial for digestion. The lake draws a wide variety of birds.

The winter season is the finest time to visit West Champaran. The months to visit are from October through March.

How to Reach West Champaran

BY AIR: This station’s nearest airport is Gorakhpur Airport.

BY ROAD: Well connected by road

Bettiah Railway Station is located in the state of Bihar in India. It is located in Bettiah, Pashchim Champaran. The railhead is part of the East Central Railway Line and belongs to Samastipur Junction. Bettiah is served by the Kumarbagh and Majhowalia train stations. Siwan Jn, one of the important railway stations, is quite close to this railhead.