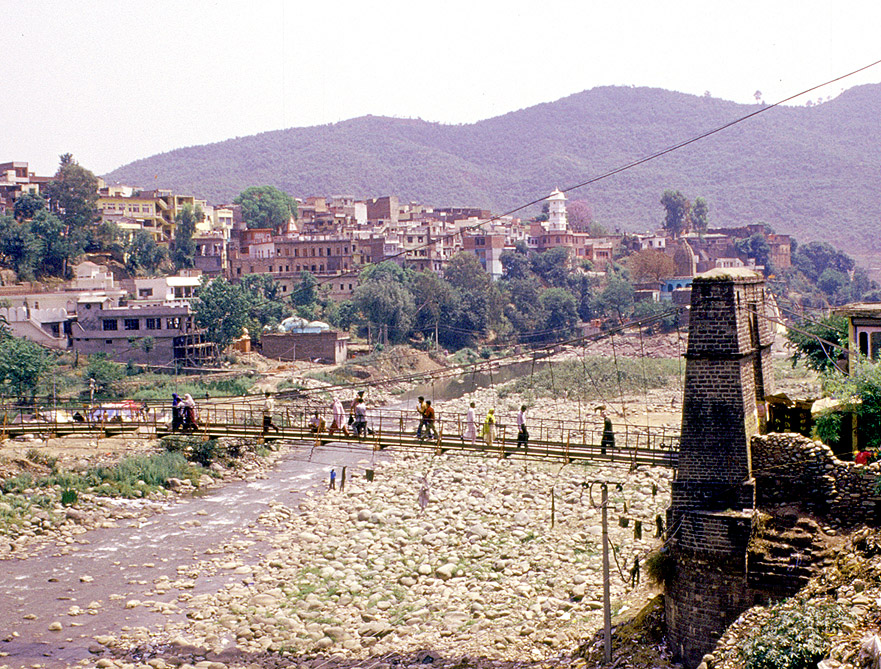 Poonch is a town and the administrative capital of the Poonch district in the Jammu division of Jammu and Kashmir, India. It is known as Prunts in Kashmiri and Pahari languages. It is close to the Line of Control, which serves as a de facto boundary with Pakistan-controlled Jammu and Kashmir. District Poonch is solely connected to the rest of the state and country by road. Jammu, the winter capital of Jammu and Kashmir, is roughly 240 kilometres away. Because the route travels through a mountainous terrain, the time required to traverse this distance is longer than in a flat location. Buses, 22 Video Coaches, and Light Motor Passenger Vehicles, among other modes of public transportation, take around 7 hours to reach Poonch from Jammu.

Srinagar, the state’s winter capital, is connected to the rest of the country through the Mughal Road and Jammu. One can use the rail, road, or air network to get to Jammu. After then, the only way to go to Poonch is by road. From 5 a.m. to 12 p.m., buses depart from Jammu. From 4 a.m. until 4 p.m., other modes of public transportation are available.

Best Places to Visit in Poonch

Poonch area, set amidst breathtaking snow-capped mountains, filled with picturesque lakes and flowing streams, abundant in nature’s finest gifts of fruit, flower, woods, and age-old historical sites, provides a vacation potential. A tourist would fall in love with it and remember it for a long time.

Noori Chammb, named after Mughal Queen Noor Jahan, is well-known for its picturesque beauty and water fall. It is located near Behram Galla in Surankote Tehsil, around 45 kilometres from Poonch. The fall of a stream creates thick clouds of water vapours that envelop and spread over the region. Emperor Jahangir had become so fond of this fall that he called it Noori Chammb after his adored queen Noor Jahan. The Mughal queen liked to come here to unwind. She had installed a mirror opposite the fall on the mountain wall, where she used to do her make-up after bathing.

It is a valley of seven lakes located around 70 kilometres from Poonch town. Tourists should not miss the opportunity to witness the wonderful and picturesque seven lakes of Poonch, namely Sukhsar, Neelsar, Bhagsar, Katorasar, Kaldachnisar, and Nandansar, which are located at a high height of 12000 ft. in the Buffliaz belt. Nandansar is a large lake next to Girgen dhok. This lake is approximately one mile long and half a mile wide. These magnificent lakes have their own unique charm that visitors will remember for a long time.

It is a tiny settlement located near the confluence of two streams, Gagri and Pulsta, in a narrow valley surrounded by steep and grassy hills of low elevation. This hamlet is home to the Swami Budha Amar Nath Ji Mandir. Mandi is roughly 20 kilometres from Poonch.

Mandi has been a popular summer destination for visitors due to its mild environment and closeness to Poonch. The majority of people in the Mandi region speak Kashmiri.

Loran is a little village 35 kilometres from Poonch that is located at the foot of the high mountains of the Pir Panjal range and is a popular tourist destination. Loran Nallah, which runs through this lovely town, adds to the enchantment. Loran was the capital of Poonch state till 1542 A.D. under Hindu monarchs. Loran-Kote was the name at the time. There are remnants of the Lohar Kote fort, which was previously known as the Gateway to Kashmir.

Nandishool is a lovely water fall located around 12 kilometres from Loran and 6 kilometres from Sultan Pathri. Water falls on a glacier from Pir Panchal. It’s a 150-foot-high fall. The Rural Development Department has built one tourist cottage at Nandishool.

Surankote is a little town on the banks of the Suran River with a very picturesque valley surrounded by towering peaks that are covered with snow during the winter and is generally known as Pahalgam of Poonch. In the past, this settlement was known as Sawernik in Rajatarangini. Nearly in 1036 AD, there existed a large fort called Kote, which was afterwards renamed Surankote.

It is located on the old Mughal Road in Poonch, at the foot of the 8,600-foot-high Rattan Peak. Behramgala is a tiny plateau that is surrounded by mountains and trees. It is located at the junction of the Parnai and Thata Pani streams, which adds to its visual and natural splendour. It is roughly 40 kilometres from Poonch.

Dehra-Gali 45 kilometres from Poonch town is another tourist destination due to its pleasant environment, dense trees, fresh wind, and lovely view of surrounding hills at 6300 feet in elevation.

Best Time to Visit in Poonch

The months of February and March are ideal for a vacation or business trip to Poonch.

How to Reach Poonch

IN THE AIR. There is no airport in Poonch. Jammu and Srinagar Airports are the closest airports.

BY RAILWAY. You may take a train to Jammu Tawi instead of Poonch on a regular basis. Poonch is 240 kilometres from Jammu Tawi.

TAKING THE BUS. Poonch is served by regular buses from (Srinagar and Jammu). Poonch has one or more bus stations.