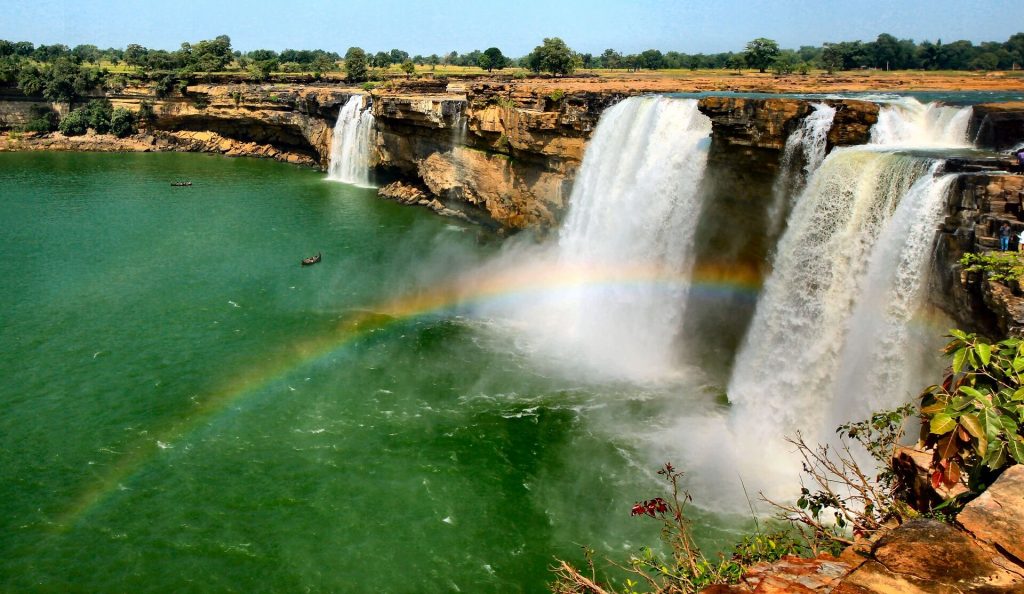 Bastar is a district in the Indian state of Chhattisgarh. The district headquarters is Jagdalpur. Narayanpur District borders Bastar on the northwest, Kondagaon District on the north, Nabarangpur and Koraput Districts of Odisha State on the east, and Dantewada and Sukma on the south and southwest.

Best Places to Visit in Bastar

Bastar is an enigmatic area of lush woods, sarpin valleys, and rivers. Kanger Valley National Park is home to three spectacular caverns, the oldest of which being Kailash Cave. On March 22, 1993, the cave was discovered. Kailash Cave in Bastar’s underground caverns includes the oldest limestone formations, which are highly lovely. This cave has a known length of 1000 feet and a depth of 120 feet. It takes the shape of Shivlinga due to the stunning limestone buildings. Within the cave, stalacates and stalagmites resemble Kailash. Locals revere these dripstone temples as well. Kanger Valley National Park also has Kutumbasar and Dandak Caves as attractions. Tourists can hire a guide and a torch. Kailash cave is closed during the rainy season, but it reopens every year from October 16 to June 15. Tourists may now go on a Gypsy Safari to see the beauty of other regions.

Chitrakot Waterfall is a stunning waterfall located on the Indravati River in the Bastar region of Chhattisgarh, India. This waterfall has a height of 90 feet. This waterfall’s unique feature is that while the water is reddish during rainy days, it appears completely white during summer moonlight nights.

The waterfall is 40 kilometres from Jagdalpur and 273 kilometres from Raipur. Chitrakote Waterfall is Chhattisgarh’s largest and most flooded waterfall. It is regarded as the main waterfall in the Bastar division. Because of its proximity to Jagdalpur, it has also become a popular picnic destination. Because of the same form of horse hooves, this fall is also known as the Niagara of India. Chitrakoot waterfall is quite lovely, and tourists like it a lot. Tourists are drawn to this water fall because of the big amount of water that falls in the middle of dense forest and the Vindhya hills.

Narayanpal temple is well-known for its cultural, historical, and spiritual significance in Bastar’s past. Narayanpal, a village on the other bank of the river Indravati, is located on the northwestern side of Jagdalpur, close to the Chitrakote waterfalls. This town is home to a historic majestic Vishnu temple that was built 1000 years ago and is a wonderful architectural exemplar. The Vishnu Temple was built in the 11th century near the confluence of the rivers Indravati and Narangi. After the erection of the nearby Vishnu temple, a little settlement became known as Narayanpur; in the meantime, it became known as Narayanpal.

Narayanpal Temple, India’s Khajuraho Temple, is the only temple in the whole Bastar area where the idol of Lord Vishnu is entrenched. Narayanpal temple was built by Mumundadevi, the queen of the Chindak dynasty, and is in the Chalukya style of architecture.

Bastar is well-known for its great natural beauty. There is a permanent cascade, a tornado, on the course of Chitrakote near Mardum. This waterfall, which falls 100 feet, runs directly from the Indravati River. With all of the magnificent waterfalls, the modified windmill stands silently between the valleys. The foliage and summer clouds add to the attractiveness throughout the wet season. Moore Ghumar is the native name for this waterfall because of the profusion of peacocks in the region. Shindhadhara, Tamara Ghumar, and MahendriGimpar make the circuits for the Chitrakot waterfalls more comfortable and delightful.

MendriGumar is a lovely seasonal waterfall on the route to the magnificent Chitrakot Falls. A picturesque valley in MahendariGhumar is well known as the’mist of the valley.’ It appears silently amid the lush valleys that drop from 125-150 feet in height. Looking down from the peak at the deep wooded region might provide a sense of tranquilly. The MendriGumar’s beauty and rain make it an appealing sight to see. Shindhadhara, TamadaGhumar, and MendriGumar make the Chitrakot waterfall circuits more pleasant and delightful.

Many of the waterfalls in Bastar are perennials, and while some are dry throughout the summer, their beauty is unparalleled during the wet and winter seasons. Chitradhara belongs to the later group.

The Chitradhara waterfall is a stunning example of Bastar’s natural splendour. On the approach to Chitrakote Falls, a little river flows through the valley of a small hill, marking the beginning of the farmers’ river bed. As a result, there is water during the rain, but its quality fades in the heat. Devotees created an observation point in the upper section of the spring to enjoy the beauty of a Shiva temple and waterfall. This waterfall cascades down from a height of 50 feet. The next major waterfall pours down from a height of 100 feet to the hills on the left side.

This magnificent waterfall, located 35 kilometres from Jagdalpur, draws the attention of travellers. The tourists are so engrossed in the interesting shadow that they do not want to leave.

This waterfall, located on the Mungabahar River, falls 300 feet below the stilted slope of natural constructions, and the natural fountain of milk froth and water droplets formed from the fall of the water soothes the tourists. The cliffs of downstream down the river were hit down by a lunar crater with an earthquake thousands of years ago, and the stairway constructed by it, Numa Valley, created this panoramic waterfall.

Kotumsar cave was originally known as Gopansar cave (Gopan = hidden), but the current name Kotumsar became more popular since the cave is located near the settlement of ‘Kotumsar.’ Kotumsar cave is in the Indian state of Chhattisgarh, near Jagdalpur. The Kotumsar cave is a popular destination for ecotourists.

KangerGhati National Park gets its name from the Kangar river, which runs through it. Kanger Valley has an area of 200 square kilometres.

Kanger Valley was designated a national park in 1982. It is a welcoming environment for steep mountains, deep valleys, massive trees, and numerous wildlife species. Kanger Valley National Park is a typical mixed humid deciduous forest, with Sal, Saugaun, teak, and bamboo trees in abundance. The most common species in this area is the BastarMaina, which enchants everyone with their human voice. The state bird, the BastarMaina, is a kind of Hill maina (grunculaDhariosoa) that can imitate human voices. Migrant and resident birds can be seen in the woodland.

Best Time to Visit in Bastar

During the summer, the winter season is considered the finest time to visit Bastar.

How to Reach Bastar

Bastar (Jagdalpur) has its own airport. Planes and choppers are operated from here by the DRDO, Air Force, BSF, and CRPF. Swami Vivekananda Airport in Raipur, Chhattisgarh’s major airport, approximately 300 kilometres from Jagdalpur (Bastar). It has excellent transportation links to major cities like as Bhopal, Indore, Delhi, Kolkata, and Mumbai.

Regular bus services to and from Jagdalpur, whether express or sleeper, are available (Bastar). They are operational on a daily basis, thanks to a well-connected network of national roads like NH 30. TSRTC (Jagdalpur-Hyderabad), APRTC (Jagdalpur-Vishakapatnam,Vijayawada,Rajmundry), OSRTC, and other state bus carriers run as well.