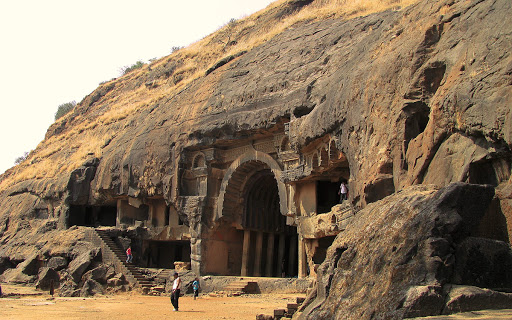 Korba is a city and an industrial region in the Korba District of Chhattisgarh, India. Korba is commonly referred to be Chhattisgarh’s Industrial Hub. The area itself is well-stocked with all of the necessary raw supplies for power generation, such as coal and water. NTPC, KTPS, BALCO & BCPP, DSPM, CSEB East, CSEB West) collectively generate 3650 MW of power.

Best Places to Visit in Korba

Devapahari is located 58 kilometres north of Korba on the banks of the Chornai River. This river created Govind Kunj, a beautiful water fall near Devapahari.

Kudurmal is a tiny hamlet located around 15 kilometres from the Korba district headquarters. The historical significance is that there is a Samadhi of one of Saint Kabir’s disciples that is around 500 years old. Apart from that, there is a temple called Sankatmochan Hanuman Mandir, which was erected by Mahatma Kevlal Patel, a renowned Saint. In the temple’s centre, a Hanuman idol has been erected. Smaller temples of Kali, Durga, Ram, Sita, and Kabir may be seen in the temple’s surroundings. Every year on Magh Purnima, there is a fair (January and February). There is a cave beneath a rock near the temple that is likewise drawn by the pillgrims rock.

Kanki is a settlement on the banks of the Hasdeo River near Urga, about 20 kilometres from Korba. Kanki is located 12 kilometres from Urga. This holy site is known as the Kankeshwar or Chakreshwar Mahadev temple. The Zamindars of Korba are thought to have erected the shrine at Kanki about the year 1857. The temple is embellished with a variety of stunning stone figures. There are several idols of God Shiva, Parvati, and other deities. Aside from this, there is another old temple dedicated to the goddess Durga. This community is surrounded by deep woodland and has a lot of ponds. Migratory birds come here to nest, therefore the region is frequented by them.

Chaithurgarh (Lafagarh) is around 70 kilometres from Korba. It is located 25 kilometres north of Pali on a hilltop at a height of 3060 metres. It was built by Raja Pratwidev First. Archaeologists see it as one of the most powerful natural forts. Only in a few locations have walls been erected since it is protected by powerful natural barriers. The fort has three major entrances named Menaka, Humkara, and Simhadwar.

There is a 5-square-kilometer plain region on the mountaintop with five ponds. Three of which are perpetually filled with water. The well-known Mahishasur Mardini temple is located here. In the sanctum sanctorum, an idol of Mahishasur Mardini with 12 hands is erected. Shankar Cave is located 3 kilometres from the temple. The cave, which resembles a tunnel, is 25 feet long.

Because the cave is so small in diameter, it can only be entered by crawling.

Tuman is a tiny town located 10 kilometres from Katghora and 30 kilometres from the district headquarters in the north-west direction. Tuman was the capital of rulers under the Haihaya dynasty, according to ancient history. Here is an antique Shiv Mandir. King Ratnadev First is said to have erected the mandir during the reign of Kalchuri (about 11 A.D.). Aside from the Shiv Mandir, various relics may be located there.

The fort’s ruins may be seen at a height of 2000 feet atop PounaKhara hill, which is located about 15 kilometres north-east of the Rajgamar coal mines. On one of the pillars, there is an encient inscription. There are also some idols. The lush woodland that surrounds the fort is home to a variety of wild animals and birds.

Kosagaigarh is a settlement atop the Putka Pahad hillocks located 25 kilometres off the Korba-Katghora Road. Raja constructed this. Natural walls defend it, thus only in select places did builders feel the need to create walls. A large portion of the Korba area can be seen from this location, which is 1570 feet above sea level. There is a tunnel-like corridor at the main entry point of the fort where only one person may walk. During battle, the king’s men used to keep the enemy at bay by rolling down large stones from the fort. The hill is littered with the remains of ancient constructions such as and so on. The fort is hidden in the lush forest, which is home to wild creatures such as the beer and leopard.

Sarvamangala is a well-known temple in Korbadistrict. Durga is the Goddess of this temple. The forefathers of RajeshwarDayal, one of Korba’s Zamindars, erected this shrine. Trilokinath Mandir, Kali Mandir, and Jyoti Kalash Bhavan surround the temple. There is also a cave that runs beneath the river and emerges on the other side. Rani Dhanraj Kunwar Devi was used to visiting the temple from this cave on a daily basis.

Madwarani Mandir is located on the Korba-Champa Road, 22 kilometres from the district headquarters. At the summit of the hill, there is a temple dedicated to Godess Madwarani. According to folklore, during the Nawaratri season, jowar was growing under Kalmi trees near the shrine. Every year during the Nawratriseason (September to October), the locals hold a fair.

Kendai is a hamlet on the Bilaspur-Ambikapur State Highway No. 5 located 85 kilometres from the Korba district headquarters. This is one of the district’s most lovely picnic spots. There is a beautiful waterfall with a height of 75 feet.

Best Time to Visit in Korba

The months of October to March are unquestionably the finest for visiting Korba, Chhattisgarh, India.

How to Reach Korba

Korba district headquarters are around 200 kilometres from Raipur, the capital city.

By road, it takes around 5 hours to get from Raipur to Korba. Raipur – Bilaspur – Pali – Katghora – Korba is the route.