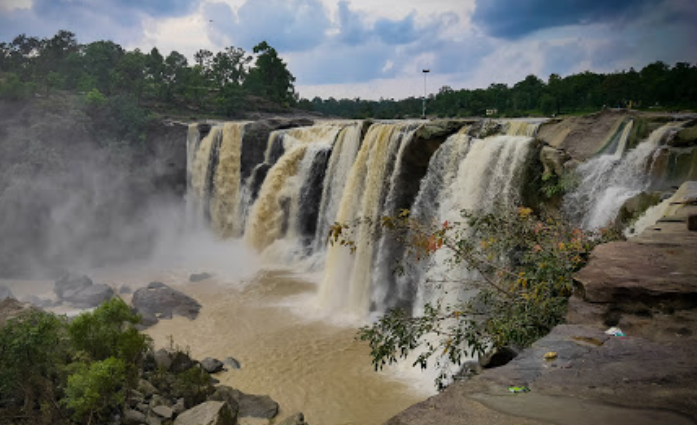 Koriya district, sometimes known as Korea district, is located in the northwestern region of the Indian state of Chhattisgarh. Baikunthpur is the district’s administrative headquarters. In the rainy season, when nature is at its most attractive, Korea is full of ambiguity. It also lends stunning splendour to the waterfalls produced on some of the country’s most major rivers. This waterfall is built entirely of natural materials, so it sheds its beauty on its own. People in the area are drawn to the water falls.

There are numerous water falls in this district, including Amritdhara, Gaurghat, Ramdah, and Chyul Waterfall. All of them are waterfalls, with the exception of Amritdhara, which was created in a tourism area with the aid of the district administration. Other waterfalls haven’t been created in the same way. During the major falls, however, local or nearby district residents frequently visit for walks, picnics, and other activities.

This lovely waterfall is located on National Highway 43, 8 kilometres from Nagpur Gram Panchayat, and offers a stunning view of nature on the Hasdeo River. Every year on Maha Shivratri, the Korea District Administration organises an event named Amritdhara Mahotsav.

Jumka Dam is located in the baikunthpur area of Korea district’s main city. People may enjoy a boat ride at a reasonable cost. There is also a canteen where high-quality cuisine is offered.

This is a stunning waterfall on the Banas River, located in the Bharatpurjanpad Panchayat. Many citizens visit here for picnics throughout the months of December and January. This waterfall is fully natural, which disperses its splendour during rainy days. Because the waterfall is completely natural, local residents are well aware of it.

This waterfall is located on the Hasdeo River, 33 kilometres from Korea’s district headquarters.

It is located in Pondi’s Gram Panchayat, which is part of the Khadgava Janpad Panchayat. This temple is part of the Utkal society and is a variant of Odisha’s Puri Jagannath temple, where a celebration is held every year on Maha Shivndapa.

The spring months of April, May, and June, as well as the autumn months of September, October, and November, are widely regarded as the finest times of year to visit Korea.

How to Reach Korea (Koriya)

By road and connecting train, the Korea District is well connected to some of Chhattisgarh’s major cities.

It is located on National Highway No. 43 between Katni and Gumla. Raipur, Ambikapur, Bilaspur, Varanasi, and Allahabad, Katni are all accessible by bus.

Baikunthpur has direct trains to Ambikapur, Bilaspur, Raipur Durg, Jabalpur, and Katni. Anuppur District is around 100 kilometres from Baikunthpur, and residents may commute to India’s major cities via the Anuppur railway station.