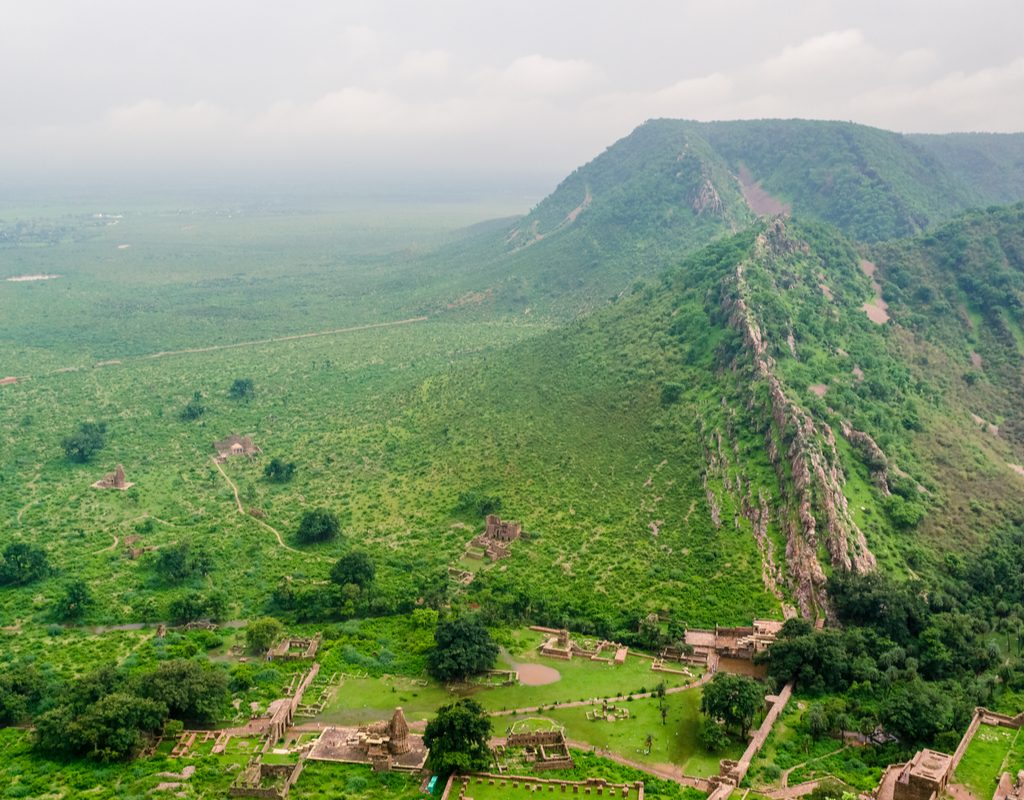 Aravalli district is a district in Gujarat, India, that was established on August 15, 2013, and is the state’s 29th district. The Sabarkantha district was divided into this district. Modasa is home to the district headquarters. The Arvalli district is located in the centre of the Aravalli hill range and is known for its natural beauty and forestry. Pilgrims like Tirthatham Shamlaji, who are located on the banks of the river Meshwo, are among the old pilgrims and historic landmarks.

Shamlaji refers to the Kaliya Thakor pilgrimage. Shamlaji is a unique pilgrimage with natural beauty in the Aravalli hill range next to the Gujarat border in the Bhiloda taluka of the Aravalli district. Every year on Kartiki Poonam / Dev Diwali, Shamlaji hosts a magnificent fair. This great fair represents the whole tribal community.

Best Places to Visit in Aravalli

The Zanzari Waterfall is located near the settlement of Dabha on the banks of the Vatrak River (Bayad taluka of Arvalli district). This lovely spot is around 12 kilometres from Bayad and 7 kilometres south of the Bayad-Dahegam Road. The Ganga Mata shrine is located here, where a spring performed Shivaji’s Abhishek for 24 hours. Visitors come from Ahmedabad, Gandhinagar, and Mahesana. This is especially noticeable on Saturday-Sunday and during public holidays. Water fills the abyss inside the stone due to the dilapidation of hard rock in the bottom area of the falls.

Shamlaji temple is located on the banks of the Meshwo River in the Arvalli district’s northeast. This location is quite old. The temple’s architecture is one-of-a-kind. Numerous fossils have been discovered that show the existence of a metropolis in ancient times. There is no information known on who erected this temple. However, it is believed that this city existed 1500 years ago. Shamlaji’s old periods were as lovely as the town of Chandrapri. A dam was erected on the Meshwo River near Shamlaji. On Kartikini Poonam, pilgrims here commemorate the Dipotsavi festival. Every Poonam, hundreds of visitors go to Shamlaji. In Kartiki Poonam, there is a large fair. It contains a significant number of individuals.

The presence of Buddhists in Gujarat hundreds of years ago. Devni Mori is two kilometres from Shamlaji and twenty kilometres from Bhiloda in the Arvalli district. There were several hills on the banks of the Meshwo River during the time. ‘Bharajaraja’s Tekara’ was one among them. ‘Bhojrajaja’s tekra’ and the surrounding land served as a Vihara for Buddhist monks at the time. The stup stood 85 inches tall, and there were 36 apartments for the nearby Buddhist monks. During the investigation, two jewellery bridges were discovered. On one of them, it was inscribed in Sanskrit, ‘this construction was created by Agnivarma Sudarshan and built by a monarch named Rudrasen.’ This greatest stupa was in Kshatriya time during the period. Such stoopes have also been discovered in Sindh (eastern India prior to India) and Takshashila.

These stupas tend to indicate that the time was a developing and brilliant science. Around the stupa, 272 Buddhist-era iron fragments were discovered. It is thought to be the third century. Pottery, pictorial stone, and other items were obtained from this location.

The optimum time to visit this location is from November to March.

How to Reach Aravalli

Ahmedabad, which is 123 kilometres from Arvalli(Modasa), is the city’s nearest airport. A number of planes travel in and out of the city, linking it to other regions of Gujarat and the country.

Arvalli (Modasa) is part of the Indian Railways’ Western Railway network. Local trains run on a regular basis and are solely appropriate for travel between Modasa and Nadiad.

Arvalli(Modasa) is well connected to the rest of the country by road. The city is also connected by an excellent network of national and state highways.

The State Transport Corporation provides buses that connect Arvalli (Modasa) to all of Gujarat’s main cities and towns, as well as other parts of the nation.