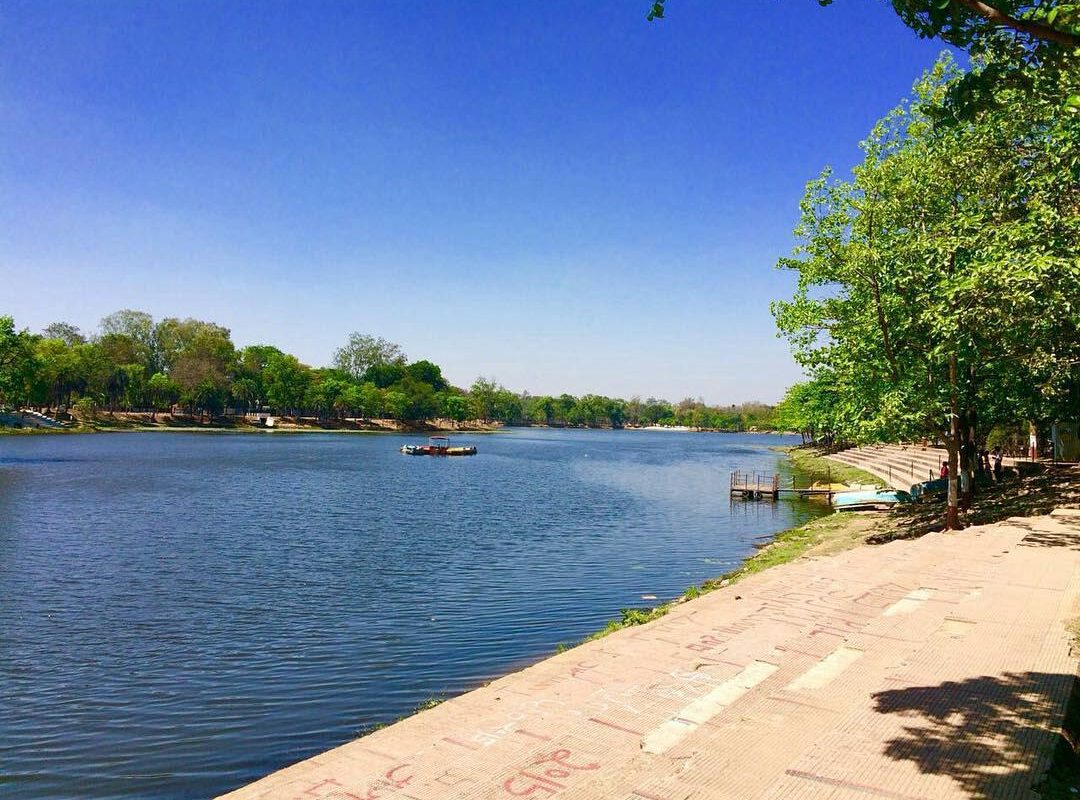 Hazaribagh is a city and municipal corporation in the Hazaribagh district of Jharkhand, India. The divisional headquarters of the North Chotanagpur division is located here. It is known for the Hazaribagh Wildlife Sanctuary and is regarded as a health resort.

Best Places to Visit in Hazaribagh

It is located in the centre of town. There is a boating facility here. Hazaribagh jheel is a sequence of seven manmade lakes, each on a different level, with water spilling over into the next lake via a spill channel. Hazaribagh Lake is a popular tourism destination among Jharkhand residents. In comparison to other notable lakes in India, it is a little lake. This region is well-known for housing the most prestigious bungalows of various public workers, ranging from the commissioner to the district judges. The lake is bounded on the north by the AIR station or Urban Haat, on the east by the Ranchi – Patna Road, on the south by the main town of Hazaribagh, and on the west by the famed Indira Gandhi Balika Vidyalaya.

The greatest views of sunrise and sunset may be seen near the far end of the third lake, which also happens to be the largest. This is an excellent location for photographers. Distt is only 0.5 kilometres away from the lake. More. Swarna Jayanti Park and a Cafeteria are located near the lake. This is a gorgeous site in a tiny town in Jharkhand that has retained some of its beauty despite being surrounded by a lot of encroachment from all sides. The sunsets are spectacular here. The area contains a well-known jail, where Shri Jayprakash Narayan was imprisoned.

It is around 3 kilometres from the town of Hazaribagh. On top of the mountain, there is a post office. Another mountain is close to this one. The entire city of Hazaribagh may be viewed from here. Hazaribagh has various hills, the most notable of which are the Canary Mountains. This mountain has three lakes, which form four magnificent moons in its splendour.

On the mountain, a structure has been erected. The stunning beauty of Hazaribagh can be observed from this structure, which captivates travellers. These sights are so gorgeous that tourists don’t forget to take photographs of them. It is a lovely picnic place that may be visited at any time of year. There is a forest around the hill, and wild creatures may be spotted at night. The lake is also being built beneath the hill.

A national park has been established inside the Hazaribag district to preserve the biodiversity and allow tourists to see wild creatures in their natural habitat. It begins around 10 kilometres from Hazaribag town on the Hazaribag-Barhi road and extends east and west for many kilometres, predominantly westward. The whole area is around 150 square miles, including an 80-square-mile core of right-free forest. Shooting is completely forbidden across the entire 150 square miles, but although the inner core of 80 square miles has been kept in its natural condition with no cutting of trees or disturbance of the flora in any way, normal exploration is permitted in the outside fringe of 70 square miles. A series of watchtowers for viewing the forest and wildlife, as well as a Forest Rest House, have been established in Rajderwah, 18 km from Hazaribag.

National Park is a stunning location. A number of dams have been erected, and others are being built. The goal is to create pools of water where animals may drink throughout the heat. In general, towers have been built above these pools so that tourists may sit on them in the summer and readily watch the animals that will come to drink water. Artificial saltlicks for animals have also been created. Roads have been built and are being expanded. In addition to this National Park, the Koderma Reserved Forests have been used as a game sanctuary where shooting is not permitted.

It is at the Barkaththa block on GT Road, 72 kilometres from Hazaribag. The Hazaribag road railway station is 31 kilometres away. The usual water temperature in this area is 169-190 degrees Fahrenheit. There is a cold spring in addition to the two hot springs. Because of its high Sulphur content, water has a medicinal effect.

Surya Kund, Lakshman Kund, Brahm Kund, Ram Kund, and Sita Kund are the five kunds. In addition, there is a Durga temple nearby. Every year on the spring equinox, a large fair is held here. In the winter, a considerable number of visitors visit this location.

Best Time to Visit in Hazaribag

How to Reach Hazaribagh

The nearest domestic airport is Ranchi’s Birsa Munda Airport, which is 90 kilometres from Hazaribagh and is well connected to a variety of cities around the nation via several airlines, including Delhi, Hyderabad, Kolkata, Mumbai, and Patna.

Ranchi, Patna, and other Bengal cities are well connected by road. Ranchi, 90 kilometres distant, is the closest city to Hazaribagh. There are also regular direct bus connections from Patna and Ranchi.

Hazaribag is the nearest railway station (5 Km). After arriving at the station, you can take a bus or hire a cab or vehicle.

In Hazaribagh, getting about is rather simple. Taxis, buses, auto rickshaws, and cycle rickshaws are all readily available for rent throughout the city. However, because this is a mountainous region, there are moments when the trek is uncomfortable and exhausting.