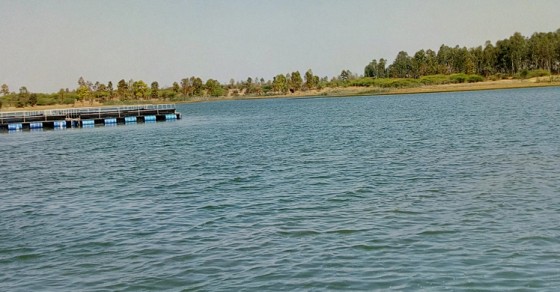 Chatra is the administrative centre of the Chatra district in Jharkhand, India.

Best Places to Visit in Chatra

Luguburu Ghantabari is the pride of the Santhal community from the time of civilisation known as Sosnok Jug in Hor-dishom and is located near TTPS Lalpania, a tiny settlement of “Santhalis” a group of Tribal, some 16 kilometres away from Gomia Block. In the year 2000, Luguburu Ghantabari Dharamgarh was re-established.Then, every year, a religious gathering is held at Darbar Chatani, situated in the north side of Tenughat Dam, under the foothills of Luguburu, in the lap of the famous Lugu hill series (Jharkhand’s second highest hill series), and surrounded by Jharkhand’s famous river Damodar and small hilly rivers Katail and Sadabahar.On Kartik Purnima, a famous Santhali Mela is held here, and Santhal tribes from all over India come to worship to their deity LUGU BABA. The puja was traditionally performed by “Pahan.” Shyamali, a T.T.P.S. guest home, is a lovely structure built on a roadside hilltop.

From its rooftop, one can see a typical panorama of Tenughat water reservoir, Luguburu hills, and snake-like roads. A very magnificent statue of “Birsa Bhagwan” is constructed at the bottom of Shyamali and near the Lalpania Gomia road. A small but very pleasant water fall adds to the beauty of Lalpania; water falls from a height of approximately 15 metres, and at the bottom of the fall, a large cantilever stone creates a cave-like scene; a shiva linga has been placed in the side there by famous local holyman Shri Ram Sharan Giri, adding spiritual atmosphere.

It was established in the 1980s and is located around 12 kilometres from the city centre. The zoological park became well-known for its unusual assortment of big cats, including White Tigers and Asiatic Lions. The zoo is home to many magnificent animal and plant species and is a really fascinating location to visit for both adults and children. It also boasts a toy railway and boating facilities in its man-made lake. It is the state’s largest zoological garden. The zoo has a wide range of animals and birds from throughout the world.

Best Time to Visit in Chatra

The winter season is the finest time to visit Chatra.

How to Reach Chatra

The selection of an airport location is in underway. Chatra is now cut off from the rest of the world by an airway. Gaya (International Airport), Ranchi, and Hazaribagh are the closest airports.

The project to connect Chatra with the railway is moving forward.