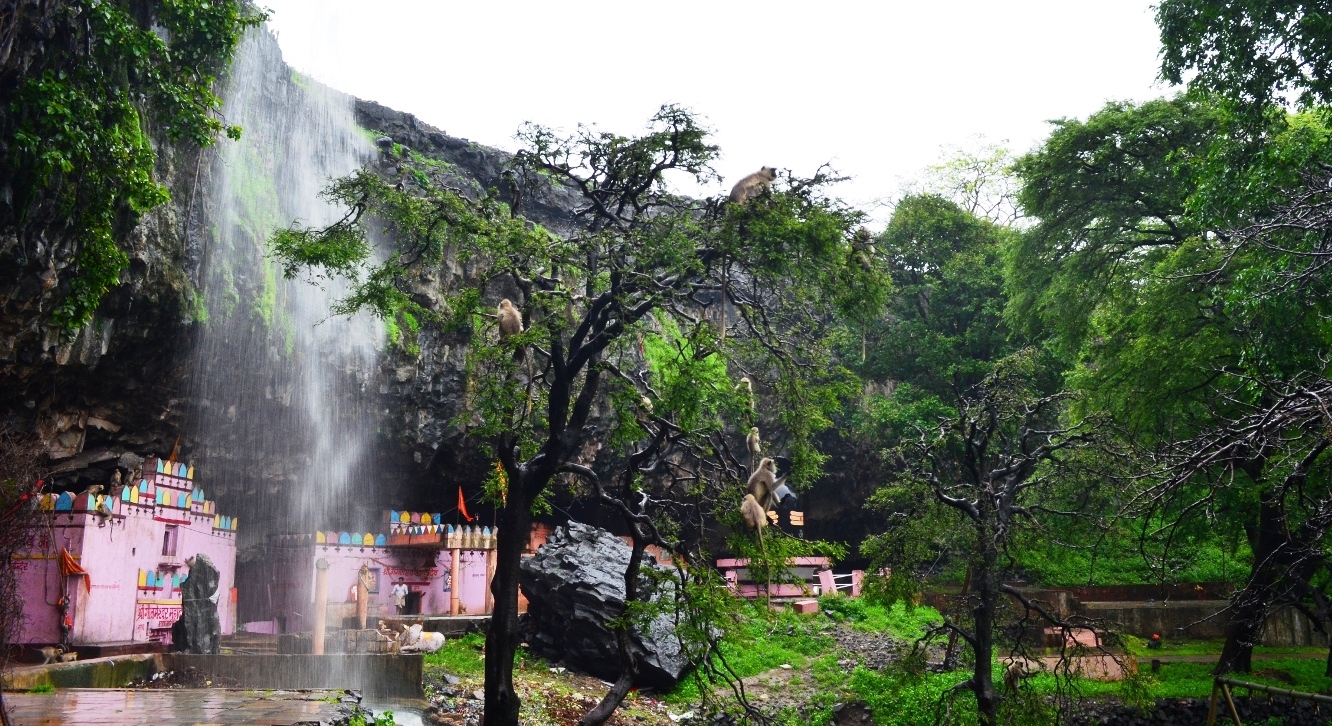 Pratapgarh is a town in the Indian state of Rajasthan. It is the district headquarters of Rajasthan’s newest district, Pratapgarh. The city is bordered by tribal communities and is known for its Thewa art. It is well-known for its jiralun and hing, both of which are edible. Pratapgarh is a renowned ecotourism destination because of its location between the Aravali Hills and the Malwa Plateau. Flying squirrels, Black-naped Monarch butterflies, and Lesser Floricans can all be found at the Sita Mata Wildlife Sanctuary. Sita Mata Wildlife Sanctuary, Jhakham Reservoir, Gautameshwar Temple, Devgarh, and Bhanwar Mata Temple are also popular tourist destinations.

Pratapgarh is a famous ecotourism destination because to its location between the Aravali Hills and the Malwa Plateau. The Sita Mata Wildlife Sanctuary is home to a diverse range of species and vegetation, including flying squirrels, Black-naped Monarch butterflies, and Lesser Floricans. Sita Mata Wildlife Sanctuary, Jhakham Reservoir, Gautameshwar Temple, Devgarh, and Bhanwar Mata Temple are also popular tourist destinations.

The Sitamata Sanctuary spans the Aravali and Vindhyachal hills. It is the only forest in the world where building-quality teak trees may be found. The densely forested sanctuary is home to approximately 50% teak trees, as well as salar, tendu, amla, bamboo, and bel, among other species. Three rivers run through the forest, the most important of which are the Jakham and Karmoj. The sanctuary’s major fauna includes leopard, hyena, jackal, fox jungle cat, porcupine, spotted deer, wild bear, four horned antelope, and nilgai, among others. The sanctuary’s most important and visible wildlife is the flying squirrel, which may be seen gliding between the trees at night. The sanctuary is also related with legendary occurrences; it is claimed that Sita, Lord Rama’s wife, lived here during her exile in Saint Valmiki’s ashram.

Jakham Reservoir is located in Rajasthan at 24°10’30” N latitude and 74°35’30” E longitude in the village of Anuppura of Pratapgarh Tehsil of Pratapgarh District. It was finished in the year 1986. It is built on the river Jakham, a tributary of the Mahi. Tribal people will benefit from irrigation as a result of the project. Because the area around the dam is steep and comprises of waste land, a pickup weir at Nagalia, 13 kilometres away from the dam, is built from which the main canal emerges. The catchment area has a typical sub-tropical sub-humid to humid climate, with mild winters and moderate summers with high relative humidity from July to September. The average annual PET ranges between 1,301 to 1,400 mm.

Gautameshwar Temple is 3 kilometres from Arnod Teshsil in PratapGarh District. It is one of the most well-known temples in the area and is regarded as a Haridwar in the surrounding region where people can be cleansed of their sins. Lord Shiva is honoured in this temple. The temple is a must-see for the Mewar, Malwa, and Vagad communities. According to legend, the “Sultan of Malwa” attempted to destroy the temple by severing the Shivlinga with his sword.

Devgarh is a well-known historic site in the Pratapgarh district. It is now a sub-tehsil of the Pratapgarh district. Devgarh, commonly known as “Devliya,” is located on a tiny hill 13 kilometres from Pratapgah City. Previously, it was the capital of Prtapgarh and was known as Devliya state. This location is surrounded by tiny hills and is at an elevation of 1809 feet above sea level. Devgarh is home to the Rajmahal, old Bawadia, catchment areas, and Jain temples. A famous temple of “Beejamata” is also located here, where an annual fair is held. Another temple dedicated to Lord Raghunath is located within Rajmahal, and it is topped by a solar clock. The clock tells time based on the light of the sun. Tejsagar and Sonela are two of the ponds. The temples of Hari, Raghunath, Goverdhan, and Beejamata properly justify the name Devliya.

The Bhanwar Mata Temple is 3 kilometres from the Pratapgarh district’s Chhoti Sadri Teshsil. This ancient temple of Bhanwar Mata was very well-known in the fifth century. In the year 491 AD, King Gori of the “Manvaiyani genus” erected the Bhanwar Mata temple. The temple is also referred to as “Bhanwar Mata Shakti Peeth.” The existence of a waterfall near the temple brings life to the area and makes it worthwhile to visit.

The months of October to March are ideal for vacationing in Pratapgarh, Rajasthan.

How to Reach Pratapgarh Rajasthan

Pratapgarh may be accessed in one of two ways:-

There is no railway line that runs through Pratapgarh. Mandsaur (M.P.) is 32 kilometres distant, and Chittorgarh, a railway station in Rajasthan, is 110 kilometres away.

The nearest airport is Dabok (Udaipur), which is 145 kilometres from Pratapgarh.