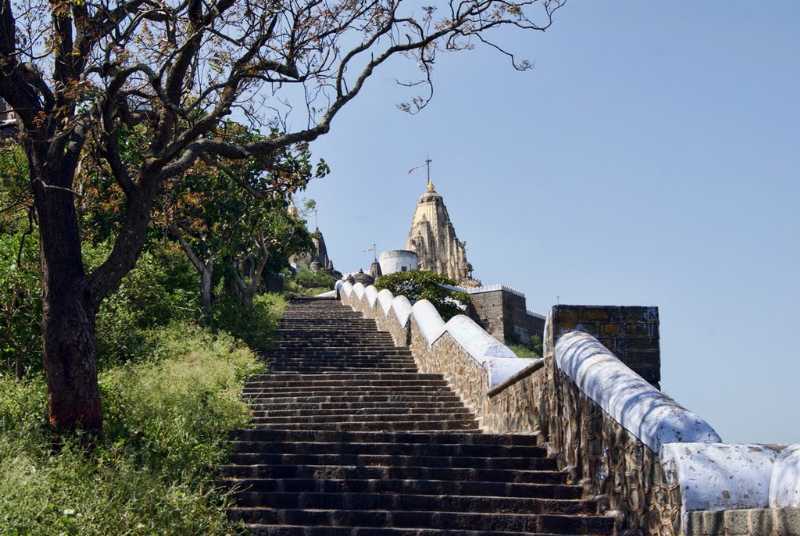 Bhavnagar is a city in Gujarat, India, located in the Bhavnagar district of the Saurashtra region. Bhavsinhji Gohil established it in 1724. It was the capital of the princely state of Bhavnagar, which was incorporated into the Indian Union in 1948. With numerous big and small scale businesses, as well as the world’s largest ship-breaking yard, Alang, located 50 kilometres distant, it has traditionally been an important city for commerce. Bhavnagar is particularly well-known for its renditions of the iconic Gujarati snacks ‘Ganthiya’ and ‘jalebi.’

Best Places to Visit in Bhavnagar

The park, which was established in 1976 in the Bhal area of Saurashtra, is about 42 kilometres from the district headquarters city of Bhavnagar. It is 34.08 km2 in size and hugs the shores of the Gulf of Khambhat on the south. It was largely a “vidi” (grassland) of the Maharaja of the princely state of Bhavnagar for hunting blackbucks with his famed hunting cheetahs. It is flanked on all sides by wastelands and agricultural areas. The National Park has been designated as part of the 4B Gujarat-Rajwada biotic province of the semi-arid bio-geographical zone. Flat plains, dry grasses, and antelope herds have historically drawn tourists to this park, which has a distinct grassland environment. A successful conservation effort for the Blackbuck, Wolf, and Lesser Florican (a bustard) is now in place.

The Lesser Floricans, which were free dwellers throughout the country and were considered a unique Indian species, have seen their populations collapse in recent decades practically everywhere in India. Today, this park has the highest population density.

The Palitana Jain temples are located atop Shatrunjaya by the city of Palitana in the district of Bhavnagar, Gujarat, India. The city of the same name, once known as Padliptapur, has earned the moniker “City of Temples.” The two locations, together with Shikharji in the state of Jharkhand, are regarded the holiest of all pilgrimage sites by the Jain community. Because the temple-city was created to be a celestial home, no one, including the priests, is permitted to stay overnight. Every Jain considers a visit to these set of temples to be necessary as a once-in-a-lifetime opportunity to reach nirvana or salvation.

Jains believe this place atop Shatrunjaya hill to be sacred, and it is home to hundreds of temples. On the slopes, there are roughly 863 marble-carved temples. The main temple may be accessed by climbing 3500 stairs. Except for Neminatha (a freed soul that has destroyed all of its karma), it is stated that 23 tirthankaras (human beings who aid in the attainment of liberation and enlightenment) visited the hill and sanctified it. The main temple is devoted to Rishabha, the first tirthankara, and serves as the Svetambara Murtipujaka sect’s holiest site. There is only one Digambara Jain temple in this area.

From October through February (winters) Bhavnagar is best visited in the winter.

How to Reach Bhavnagar

Air services link Bhavnagar with Surat and Mumbai. There is a domestic airport in Bhavnagar.

The Western Railway Network includes the Bhavnagar Division. Bhavnagar is connected to Ahmedabad, Mumbai, and other Gujarat cities by a wide gauge railway network. From Bhavnagar to Delhi, there is a weekly train.