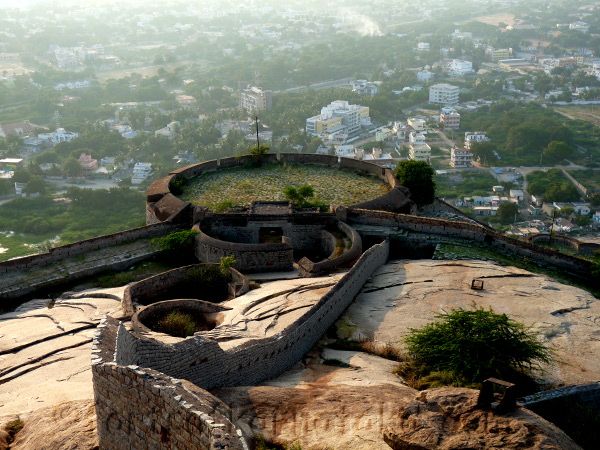 Bellary, formally Ballari, is a significant city in the state of Karnataka, India, located in the eponymous Bellary district. It is 311 kilometres from Bangalore, the state capital, and 358 kilometres from Hyderabad. Bellary, in the state of Karnataka near Hampi, is known for the namesake Bellary Fort, which sits atop the Fort Hill. The Fort Hill, also known as Ballari Gudda, is the world’s second biggest monolithic hill. Hanumappa Nayaka, the Vijayanagara ruler, designed it.

Best Places to Visit in Ballari

Krauncha Giri is a tiny town in Karnataka, India, located around 10 kilometres from Sandur in the Bellary District. It is remarkable for two ancient Hindu temples that are both protected monuments and are located inside the same enclosure. The most well-known in religious terms is the Kumaraswami Temple (8th-10th century), which is thought to be the initial residence in south India of Murugan or Karthikeya, the Hindu deity of war, son of Parvati and Shiva, and brother of Ganesha. According to art historians, the Parvati Temple next to it (7th-8th century) is the more uncommon Hindu temple construction.

The Tungabhadra Dam, also known as Pampa Sagar, spans the Tungabhadra River, which is a tributary of the Krishna River. The dam is located in Karnataka’s Munirabad district’s Koppal district. It is a multifunctional dam that may be used for irrigation, energy generating, flood control, and other purposes.

Welcome to Daroji Sloth Bear Sanctuary. Locally known as KARADI, the Sloth Bear (Melursus Ursinus) lives in open scrub forests having outcrop of rocks, tumbled boulders and caves as shelter. Being more of vegetarian, it has choice fodd habits like consuming fruits, tubers, honey, insects and termites. But if it happens to live near human settlements, will not hesitate to add sugarcane and maize crops to its regular diet. It has a fond taste for Ber fruits and Mahuva (Madhuka latifolia) flowers. In a mischievous mood, a bear will also climb palm trees to steal toddy from collection pots. They usually hunt for food during nights and rest during the mornings, drinking water at least once in a day.

This is the only temple in the area that is still utilised for worship, and it is dedicated to Lord Shiva and his spouse Pampadevi. Parts of the temple date back before the Vijayanagara dynasty. The temple soars over the other structures in Hampi, with its nine-story gopuram. The Ranga Mantapa’s ceiling is magnificently adorned with scenes from the epics and Puranas.

The structure comprises two floors, with open pavilions at the bottom and balconies above. The Mahal receives its name from its exquisite, mathematically organised cusped arches that mimic the petals of a lotus opening to the sun, highlighting the blending of Hindu and Muslim architectural forms.

The Vijaya Vithala Temple, with its beautiful stone chariot standing in the temple courtyard, is Hampi’s crowning splendour. The enormous Ranga Mantapa is equally stunning, with 56 musical pillars that resonate with melodic chimes when touched.

The gigantic Mahanavami Dibba, where the Vijayanagara Empire’s emperors formerly sat on their gem-studded golden throne and watched processions pass by, is equally stunning. The building is also ornately carved with bands of horses, warriors, and portrayals of other facets of courtly life.

The tiered water tank was once part of the palace complex and was excavated in the mid 1980s. The tank is a tiered structure made of rectangular chunks of granite that is almost poetic in its beauty.

The inside is astonishingly opulent, with sweeping arched passageways, projecting balconies, and lotus shaped fountains that previously spouted fragrant water for the women of the court.

On the slopes of Hemakuta Hill, two Ganesha images (Sasuvekalu and Kadalekalu) may be observed. One is in a temple with very tall pillars, while the other is in an open hall.

The Badavilinga, which sits adjacent to the Lakshminarasimha monument, is 3 metres tall and is permanently submerged in water that flows through an old channel.

Best Time to Visit in Ballari

The ideal time to visit Bellary is from October to March. The winter season is regarded as the finest time to visit the area since it allows visitors to appreciate everything to the fullest.

How to Reach Ballari

By bus, the Bellary District is well connected to the rest of the state and country via state and national highways. All of Karnataka’s main cities, as well as those in neighbouring states, are served by buses.

Ballari is well connected to Bangalore, Raichur, Tirupati, Hubli, Guntakal, Vijayawada, and other cities via rail. Guntakal is a major railway junction near Ballari, through which several important trains travel. From here, trains may be taken to Delhi, Chennai, Mumbai, and most other parts of India.

Under the UDAAN Scheme, daily flights are provided from Jindal Airport ( 30 km from Ballari City ) to Bengaluru and Hyderabad.