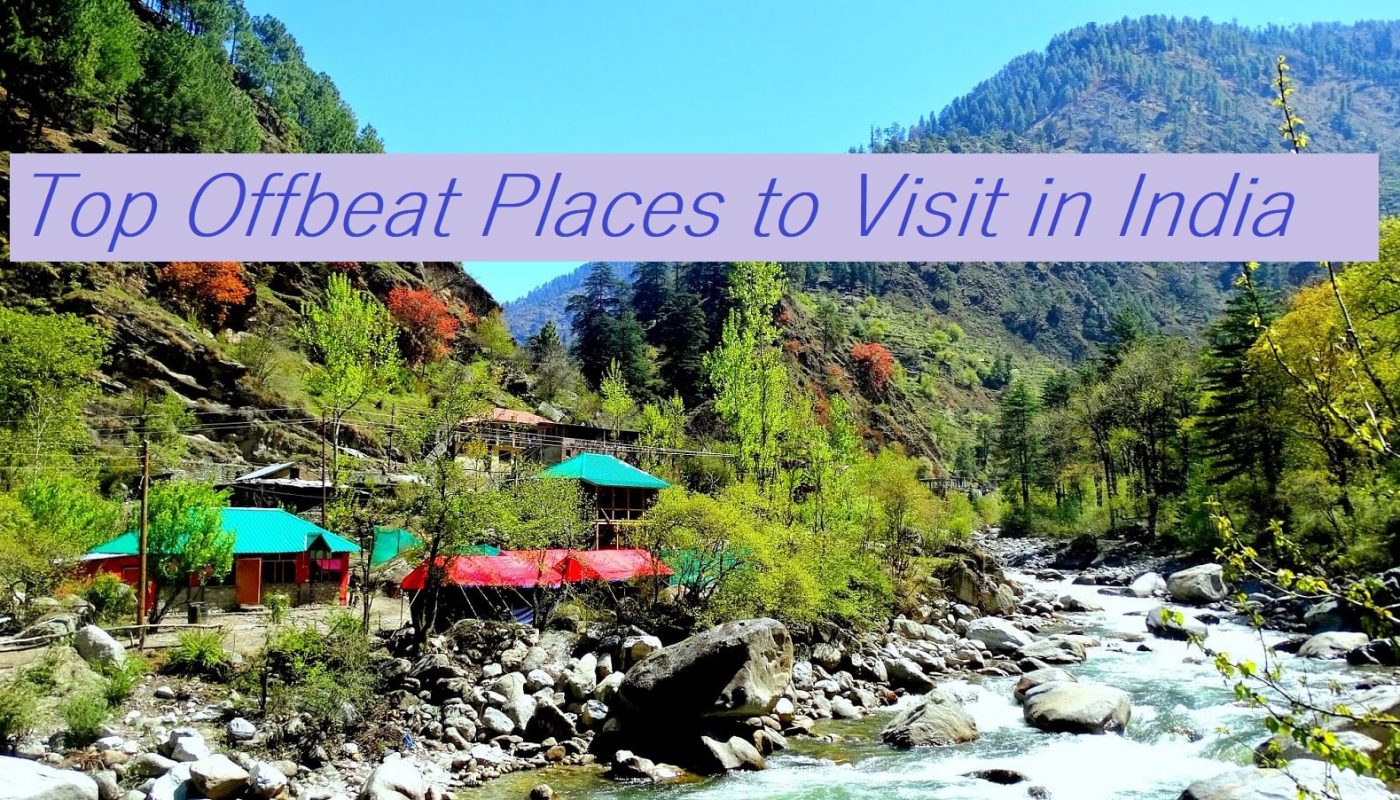 Travellers are not hesitant to visit new areas; in fact, they find it fascinating to do so. New experiences and stories are added to the chapter of our lives as a result of such excursions. Then there’s the issue of locating such a location on your bucket list. Do you enjoy going to locations you’ve never heard of, where you won’t be able to find a guide and must explore the area on your own? These sites should be on your bucket list if you are a true traveller.

Hee Bermiok is a tiny town and an offbeat travel place in West Sikkim, India, near Pelling. It is known for its ancient Limboo, Sherpa, Bhutia, Lepcha, and Nepalese ceremonies and customs, as well as mountain biking, nature trekking, camping, and excursions.

Haflong is an offbeat travel place the administrative centre of the Dima Hasao District in the Indian state of Assam. It is the only hill resort in Assam. Haflong is a Dimasa name for an ant hill.

Haflong is a fantastic North East Indian vacation destination and Asam’s only hill station. Haflong is a beautiful part of Assam, with lush green hills and a tranquil atmosphere. It’s a true delight for nature lovers and a rejuvenating retreat for exhausted souls.

Many lovely spots may be found in Himachal Pradesh, although few people are aware of them. Kalpa is one such little town and an offbeat travel place . Kalpa is located in Himachal Pradesh’s Kinnaur district. Reckong Peo, Kothi, Sangla Valley, Riba, Nako, Tabo, Kaza, and Kambar are all great places to visit while in Kalpa.

Kalpa is well-served by public transportation. If you’re flying, Shimla International Airport is the closest. Shimla airport is 267 kilometres away from Kalpa. The nearest railway station is Shimla Junction, which is 244 kilometres from Kalpa. is. You can also travel by road. You can go from Powari to Kalpa by taking the Powari-Kalpa route. Kalpa can also be reached through the Manali-Rohtang Pass-Kunzam Pass-Kaza route. Kalpa is also accessible by bus and taxi from Shimla and Rampur.

There is a misconception that there are no sites to view in Jharkhand. Perhaps it is why so few people come here. Hazaribagh Wildlife Sanctuary, Rajrappa Temple, Hazaribagh Lake, Canary Hills, Parasnath Temple, and Telaiya Dam are all located in Hazaribagh, a small town in Jharkhand that is an offbeat travel placeJharkhand.

By Flight: You will have no trouble getting to Hazaribagh because it is well connected by traffic. If you prefer to go by plane, the closest airport to Hazaribagh is Ranchi, which is 100 kilometres away. Is a long way away. Ranchi Airport has excellent connections to the rest of India.

By Train: If you prefer to travel by train, Koderma Junction is the closest station to Hazaribagh. The distance between Hazaribagh and Koderma is roughly 59 kilometres.

By Road: The road network in Hazaribagh is excellent. The distance between Ranchi and Hazaribagh is 100 kilometres, Patna is 250 kilometres, and Bodh Gaya is 117 kilometres.Jharkhand and Bihar State Tourism Development Corporation also runs luxury bus from Patna to Ranchi twice a day which goes via Hazaribagh.

Arunachal Pradesh is a stunning state that hasn’t gotten nearly as much attention as North India. In the same state, the Kameng district has a place called Bhalukpong, an offbeat travel place . You will be mesmerised by the magnificence of the vegetation and mountains. Orchid Research Centre, Bomdila, and Pakhui Wildlife Sanctuary are all worth visiting if you’re in Bhalukpong.

There are numerous unnamed waterfalls in Karnataka’s Kannada district. Sathodi Falls, for example, is a waterfall made up of unidentified streams. The Sathodi Waterfall is near Sirsi, which is 32 kilometres from Yelapur. Winter is the greatest time to visit offbeat Sathodi Waterfall.

Kerala, a treasure trove of the country’s most beautiful sites, is everyone’s dream destination. The Nilgiri Hills are home to the Silent Valley National Park, which is located in Kerala’s Palakkad district and is also considered an offbeat travel place.

If you prefer to travel by train, the closest station is Palakkad Junction, which is 80 kilometres away from Silent Valley National Park. You may get to Palakkad railway station via Mannarkad and Mukkali from the railway station.

The nearest airport is Coimbatore Airport in Tamil Nadu, if you want to arrive by plane. A. The distance between Coimbatore and Palakkad is 53 kilometres. You may get to Palakkad by vehicle, bus, or taxi from the airport.

Bhandardara is a lovely village in India’s Western Ghats and also an offbeat travel place. You will feel incredibly relaxed wherever you go on weekends. This village is located in Maharashtra’s Ahmednagar district, around 185 kilometres from Mumbai. is quite a distance.

The McMahon Line, which separates China and India, is 29 kilometres away. Mechuka, an offbeat travel place in Arunachal, is a valley far distant. Mechuka is in the Arunachal Pradesh district of Siag.

By flight: Nearest airport to Mechuka

By Train: If you wish to travel to Mechuka by train, the nearest station is Chhapri, which is around 134 kilometres away. Is a long way away. You can book a taxi from the railway station to get to Mechuka.

By Road: The road network in Mechuka is excellent. Mechuka can be reached via bus or cab. If you’re driving your own car, the best way to go to Mechuka is by SUV. Because there are few gas stations along the way, you should leave with your tank full.

Goa, Gokarna, and Vishakhapatnam are the first destinations that come to mind when you think of a beach getaway in India. Odisha and West Bengal come to mind as possible outliers, but what about Uttar Pradesh? Yes, the Chuka Beach, an offbeat travel place in the Pilibhit Tiger Reserve area near the Sharda Sagar Dam is a peaceful and picturesque beach in Uttar Pradesh.

By Train: Pilibhit Railway Station serves all of India’s major cities, including New Delhi, Lucknow, Bareilly, and Rampur. You may go to the beach by hiring a cab from outside the station.

By air: If you are an international traveller or wish to fly to Chuka, you can book cheap tickets to New Delhi and then take a train to Pilibhit from the capital. It takes 8 hours to get from Delhi to Chuka Beach via car.

By Road: You may drive to Pilibhit district because it is well-connected by road to a number of Indian cities, which is fantastic news. From places like Lucknow and Bareiley, you can take a bus to Pilibhit. 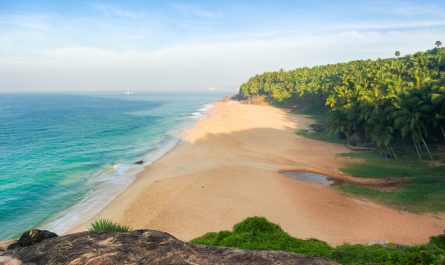 Beautiful Beaches in India Beyond Goa 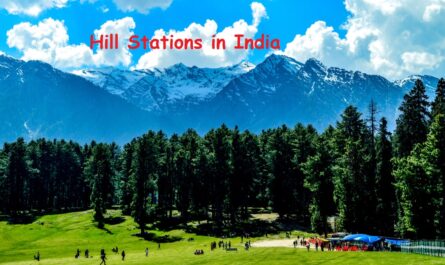