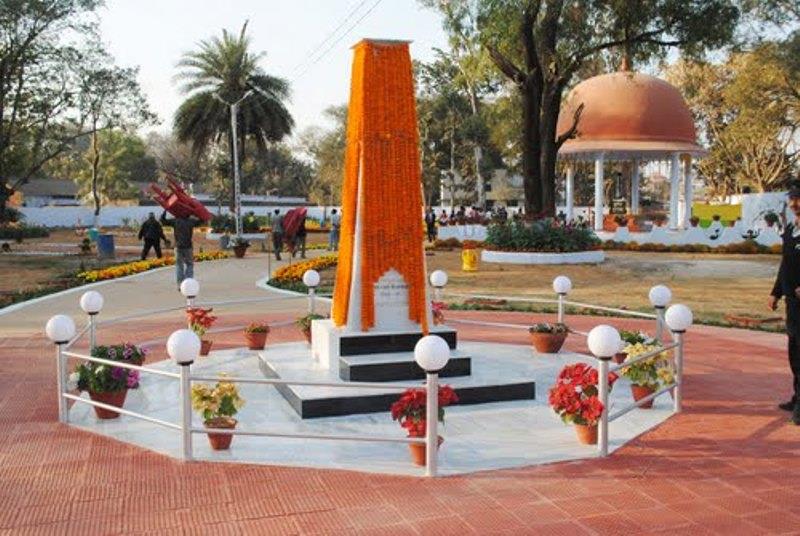 West Singhbhum, also known as Pashchimi Singhbhum, is one of Jharkhand’s 24 districts. It was formed on January 16, 1990, when the former Singhbhum district was divided. The district headquarters are at Chaibasa.

Shahid Park is a freshly created park in West Singhbhum that is managed by the Jharkhand government. It is a wonderful area for visitors to unwind while admiring the natural beauty. You may easily spend your time in this park with your loved ones while on vacation in West Singhbhum.

The settlement is located in the Manjhari Block. It contains a small lake on the outskirts, as well as a hill lock to the east. The woodland Dak Bungalow, located west of the lake, has a beautiful picturesque outlook. The Thakora waterfall is around 6 kilometres distant.

The hamlet is located in the Chakradharpur block and is known for its Shiva Temple. On the occasion of Shiva Chaturdasi and Chaitra Sankranti, large fairs are organised each year (Month-April).

The settlement is located on the Ranchi-Chaibasa route, 40 kilometres north of Chakradharpur. It has a lovely waterfall in the middle of a deep forest. It is a popular picnic location.

The settlement is the headquarters of the same-named development block and is located 45 kilometres south-west of Chaibasa. Raja Jagannath Singh of Porahat, the village’s founder, inspired the name. It features an ancient Shiva temple.

The settlement is located 22 kilometres west of Chaibasa, in the midst of woodlands. It is well-known for its chromite reserves and iron ore mines operated by the Singhbhum Chromites Company and TISCO.

The hamlet is roughly 10 kilometres north-east of the block headquarters in Chakradharpur. It is well-known for its annual three-day fair conducted in honour of Chaitra-Sankranti. A Bhagwati temple in the area draws a huge number of pilgrims.

The settlement is located in the Jagannathpur block. According to local legend, it was the headquarters of highly strong Indian monarchs whose control extended barely a century ago over the territories of Jagannathpur, Manjhari, Manjhgaon, and Chakradharpur. Narpat Singh, the final monarch of the Dynasty, is reported to have erected strongholds at Kotgarh, Jagannathpur, and Jaintgarh.

It is a little settlement located about 2 kilometres west of Chaibasa. It contains a natural spring that is a favourite picnic place.

The location is around 5 kilometres from Goilkera. It is home to a significant temple dedicated to Lord Mahadev. On the day of Shiva Ratri, a major fair is organised each year.

The community is roughly 14 kilometres from the block headquarters in Chakradharpur. It is notable for the ruins of the “Mangarh” site, which was originally attributed to Raja Man Singh, a Sorag (Sic) by caste. Pauri Devi’s temple may be seen in the village.

The hamlet was the former headquarters of the Porahat Raj, which ruled over a vast portion of the area.

The hamlet is located in the Jagannathpur block and is well-known for its yearly fair conducted on Makar Sankranti (January). It contains a Shiva Temple as well as a waterfall on the Baitarni River. According to local legend, Lord Ramchandra crossed this river on Makar Sankranti, the day of the fair.

The community is located 46 kilometres south of the block headquarters at Manoharpur. It is scenically located among woodlands at an elevation of 1800 feet and attracts many people, particularly those interested in hunting.

This is on the boundary of West Singhbhum and Orissa. The location was named after King Beni. This area is well-known for its archaeological discoveries.

West Singhbhum is best visited between July and December.

How to Reach West Singhbhum

West Singhbhum’s district headquarters, Chabasa, is accessible by NH-20 from Ranchi. By bus, journey time is around 5 hours and 30 minutes, and nonstop travel time is 3 hours and 30 minutes. The other option is to travel through the NH-6 Jamshedpur-Hata Road, which takes around 1 hour 45 minutes.

There are no direct trains from Ranchi to Chaibasa, however a few trains run via Tatanagar Railway Station.