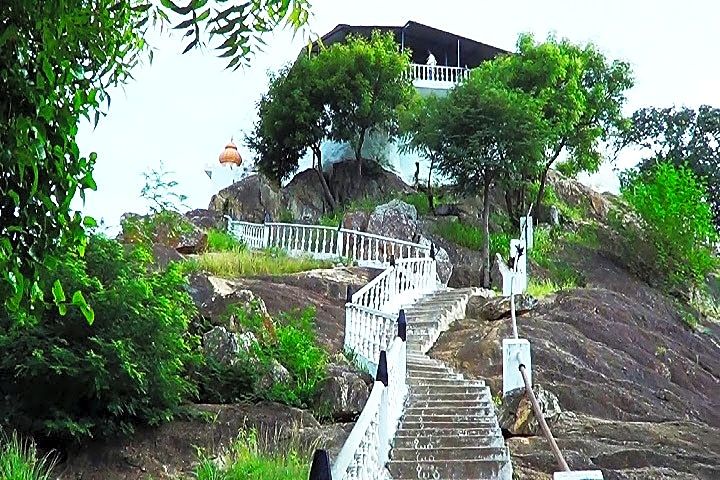 Davanagere, also known as Bennenagari, is a city in Karnataka, India’s southernmost state. It is the state’s seventh biggest city and the administrative centre of the eponymous Davangere district. Davangere Cotton Mills is a well-known brand. Davanagere is also known for its delectable Benne Dosa, a crispy version of Dosa with large amounts of butter, which is best served with a spicy chutney and potato palya (curry)

Best Places to Visit in Davangere

It is approximately 18 kilometres from the Channagiri to Davanagere road in the Channagiri Taluk. It is claimed to be Asia’s second largest man-made lake.

The Kalleshvara temple is located in Bagali, near Harappanahalli Taluk in Davangere district, Karnataka, India.

Kondajji: A lake and picnic area 15 kilometres from Harihara.

With a surface size of 27 square kilometres, Shantisagara is claimed to be Asia’s second biggest lake. Shantisagara is a man-made lake named after Princess Shantavva, who created it in the 11th or 12th century AD. Shantisagara, originally known as ‘Sulekere,’ offers drinking water to the surrounding areas. Near Shantisagara, important temples include Veerabhadreshwara Temple, Kali Temple, Sri Siddheshwara Temple, and Sri Krishna Temple. There is also a boating facility.

Belagutti: There are the ruins of a fort and an ancient Siddeshwara temple.

Honnali: Has an old fort that is in ruins, and Mallikarjuna T Honnali is thought to have had a gold mine in the past.

Kuruva Island: Kuruvada Gadde, 10 kilometres south-east of Honnali, is an island in the Tungabhadra River containing a Rameshwara temple.

Harihara: Harihara is a taluk hq and temple town on the banks of Tungabhadra river. A stopover at Harihara is highly recommended while traveling between Davanagere and Ranebennur. Major temples are Harihareshwara temple, Ayyappa Temple, Basilica of our lady of health church

Hodigere:Known for Tomb of Shahji Bhonsale, father of Chatrapati Shivaji

Joladhalu:A pilgrimage centre with Amba Bhavani temple (also known as Kukkvadamma Renuka). The deity is seated on a lion with a trishula and drum in her hands.

Shankaranahalli:Home to Ranganathaswami temple, locally known as Tiruvengalanatha. The Vijayanagara Era design is an exact replica of temples in Mayakonda.

Best Time to Visit in Davangere

How to Reach Davangere

Davanagere is well connected to the rest of Karnataka by train and road. Davanagere is located 262 kilometres north of Bengaluru.

The closest airport to Davanagere (134 km) is Jindal Vijayanagara, however it only offers a few flights. The next nearest airport is Hubballi, which is 160 kilometres away. Bengaluru and Mangaluru, both around 270-280 kilometres from Davanagere, are these well-connected international airports.

Bangalore, Mysore, and Hubli are all accessible by train from Davanagere.

Davanagere offers good bus connections to all of Karnataka’s main cities. To visit nearby sites, taxis may be rented at Davanagere, Harihara, Honnali, nyamathi, or Channagiri.