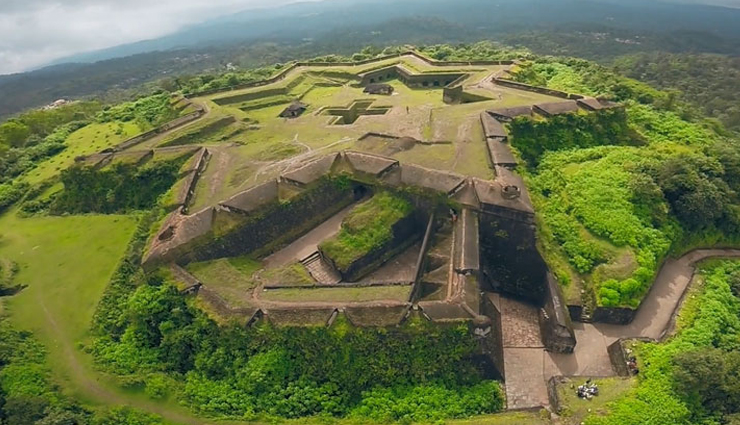 Hassan is a city in the Indian state of Karnataka and the district headquarters of Hassan district. The city is 980 metres above sea level. It was given the name Hasanamba after the Hasanamba temple. During the era 1000-1334 CE, Hassan district was the headquarters of the Hoysala Empire, which governed extensive areas of south India from Belur, its early capital, and Halebidu, its later capital. The district is named Hassan after the town’s goddess and ruling deity, “Haasanamba.”

Best Places to Visit in Hassan

Shravanabelagola is located around 150 kilometres northwest of Bangalore, Karnataka’s capital. For over two millennia, the town has been a renowned centre for Jain art, architecture, religion, and culture. Bhagawan Bhadrabahu, the first of the great Jain Acharyas, arrived at Shravanabelagola with his pupils around two thousand years ago from Ujjain, Madhya Pradesh. Chandragupta Maurya, the great emperor who governed a huge section of India, was influenced by this ascetic and resided in this region, handing up the keys of his realm to his son.

Belur, located 38 kilometres from Hassan on the banks of the Yagachi River, is a world-renowned tourist resort. Belur was the former capital of the Hoysalas and was known as Velapur, Velur, and Belahur at various times in history. The town is well-known for its Chennakeshava temple, which is considered to be one of the greatest specimens of Hoysala craftsmanship. The Vijaya Narayana temple was dedicated by the great Hoysala king Vishnuvardhana to commemorate his triumphs over the Cholas in 1116 AD.

The twin temples of Hoysaleshwara and Kedareshwara erected by Vishnuvardhana and Ballala-II in Halabidu are another magnificent example of temple construction. The outside walls of these temples represent scenes from the Ramayana, Mahabharatha, and Bhagavatha. The sculpture’s efficiency and skill in carving these stories in stone is enthralling.

Hassan is a district having a number of wonderful tourist attractions. Sakaleshpur, one of Hassan district’s most important taluk headquarters, is rich in picnic areas and renowned tourist destinations embellished with stunning natural scenery and monuments of excellent art and architecture. The region is equipped with lush woods, hills, rivers, waterfalls, streams, and valleys that draw the attention of beauty and nature aficionados. Everyone is drawn to the Western Ghats, Pushpagiri, Bisle range of woods, Hirekal hill range, and evergreen forests.

Sri Hasanamba’s main tower was recently built in Dravidian style. On the precincts of this temple, there are three major temples devoted to Darbar Ganapati, Hasanamba, and Siddeshwara. The temple dedicated to Kallappa is another major draw here. The three idols put here are claimed to be of three robbers who came to steal the presiding deity, Sri Hasanamba’s, idol and incurred her wrath. Hassan was once known as Sihmasanapuri before being renamed Hassan. It is stated that during the reign of the Hoysala dynasty in the twelfth century A.D., an idol with a nice grin on its face was discovered. Hassan was created from Hasana Mukhi, or a cheerful face.

Only twelve days a year, during Deepavali festivities, is the Hasanamba temple opened in the presence of the Deputy Commission. The light lit this year will remain burning until the temple reopens next year, which is a unique aspect of this temple. Flowers, too, keep their freshness for a whole year. Devotees travel from all across South India and Maharashtra to visit the temple.

A dam has been constructed across Hemavati River, an important tributary of the Kaveri. The dam is located at Gorur, near Hassan in Karnataka. Built in 1979, the reservoir has been providing water for drinking and irrigation purposes for the people of Hassan district. Hemavati Dam is very vast and covers a catchment area of 2,810 sq. km. This dam is 4,692 m long and 58.5 m high. The gross storage capacity of this dam is 1,050.63 mcm. The reservoir has six large radial spillway gates.

A dam has been built across the Hemavati River, a major tributary of the Kaveri. The dam is located in Karnataka near Hassan at Gorur. The reservoir, which was built in 1979, has provided water for drinking and agriculture reasons to the residents of Hassan district. Hemavati Dam has a catchment area of 2,810 square kilometres. This dam is 4,692 metres long and 58.5 metres tall. This dam has a total storage capacity of 1,050.63 mcm. Six massive radial spillway gates are located in the reservoir.

Bisle in Hettur hobli in Sakleshpur taluk of Hassan district has a large 40-hectare restricted forest area. This forest has been identified as a particularly distinguished forest zone in Asia, and it spans the districts of Hassan, Kodagu, and Dakshina Kannada. There are various hillocks in this huge forest region called Pushpagiri, Kumara Betta, Yennikallu, Patla, Dodda Betta, and Kannadi Kallu. Teak, Rosewood, Alexandria Laurel, Indian Copal, Tulip, and Malabar Kino are among the many high-value tree species found in the Bisle forest region. There are elephants, bison, sambar, wild boar, and other wild species in plenty. People in the communities surrounding Bisle Ghat are preserving the area’s magnificent woods. Whenever a wildfire breaks out during the summer, locals put it out immediately so that the forest does not suffer extensive harm. People in the surrounding villages maintain a constant vigil to ensure that thugs and thieves do not enter the woodland region to steal wood or murder animals.

Best Time to Visit in Hassan

How to Reach Hassan

Bangalore, Mysore, Mangalore, Madikeri, and Chickmagalore are all easily accessible from Hassan. Bangalore is 187 kilometres away, while Mysore is 115 kilometres away. From these cities/towns, there are frequent government buses to Hassan.

Bangalore, Mysore, Hubli, Shimoga, and Mangalore are all accessible by train from Hassan.

Hassan does not have an airport, thus the nearest airport is Bangalore, from where one may fly to other major Indian and international destinations.