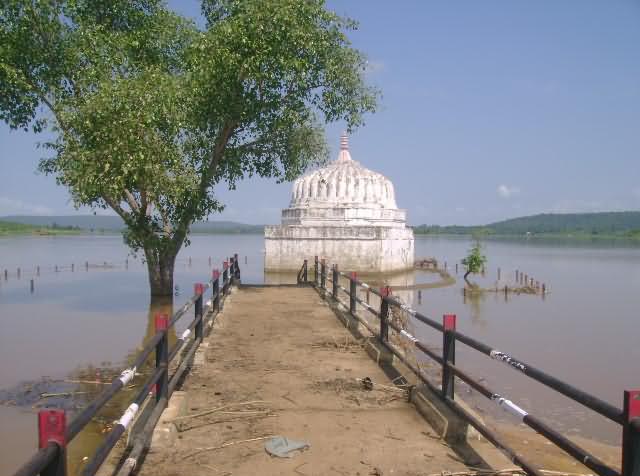 Mandla is a town and municipality in the Mandla district of Madhya Pradesh, India. It is the administrative seat of Mandla District, which is located in Madhya Pradesh’s eastern region. The region is nearly completely surrounded by the Narmada River and its tributaries.

Best Places to Visit in Mandla

The park is home to a large number of tigers, Indian leopards, sloth bears, barasinghas, and Indian wild dogs. Some believe that the forest featured in Rudyard Kipling’s classic novel, The Jungle Book, is based on jungles such as this reserve. It is also India’s first tiger reserve to have an official mascot, “Bhoorsingh the Barasingha.”

The Kanha Tiger Reserve, located in the districts of Mandla and Balaghat, is home to two large sanctuaries, the Hallon and Banjar Sanctuaries. The Kanha Reserve encompasses an area of 1,949 square kilometres, divided into two sections of 250 square kilometres each.

Sahastradhara is a renowned tourist site in the Mandla area. Water flows from thousands of deep narrow channels through magnesium, limestone, and basalt rocks, generating a stunning grid-like pattern, creating an ecstatic beauty of nature.

Another fort, Begum Mahal, is located almost 3 kilometres distant from Moti Mahal. Built in honour of Rani, this Mahal or site features a lovely three storyed rectangular master palace reminiscent of Mughal style of architecture. Begum Mahal was constructed from black stones taken from a 4 km away location known as Kala Pahad.

The famed Garam PaniKund, or hot water well, is located approximately 18 kilometres from the city of Mandla. Popular for its unique and mystical sulphur-rich water, it is said that Lord Vishnu blessed the well’s water decades ago to cure plague victims. The location boasts natural visual splendour and is surrounded by lush foliage on all sides. Scientific research on this water have been undertaken on occasion, and the Indian Council of Medical Research (ICMR) has determined that the water at Garam PaniKund can cure some skin ailments. As a result, the Garam PaniKund in Mandla is a religious and medicinal site that attracts hundreds of visitors each year.

Winter is the best time to visit Mandla Fort since the fresh breeze sweeping through the air makes the experience more enjoyable.

How to Reach Mandla

The nearest railway station is Jabalpur. There are several trains that run from Jabalapur to various regions of India.

From Jabalpur to Mandla, bus services are provided on a regular basis. To get to Mandla, you may hire a car from any of the neighbouring towns. It takes around 6 hours to drive from Nagpur to Mandla.